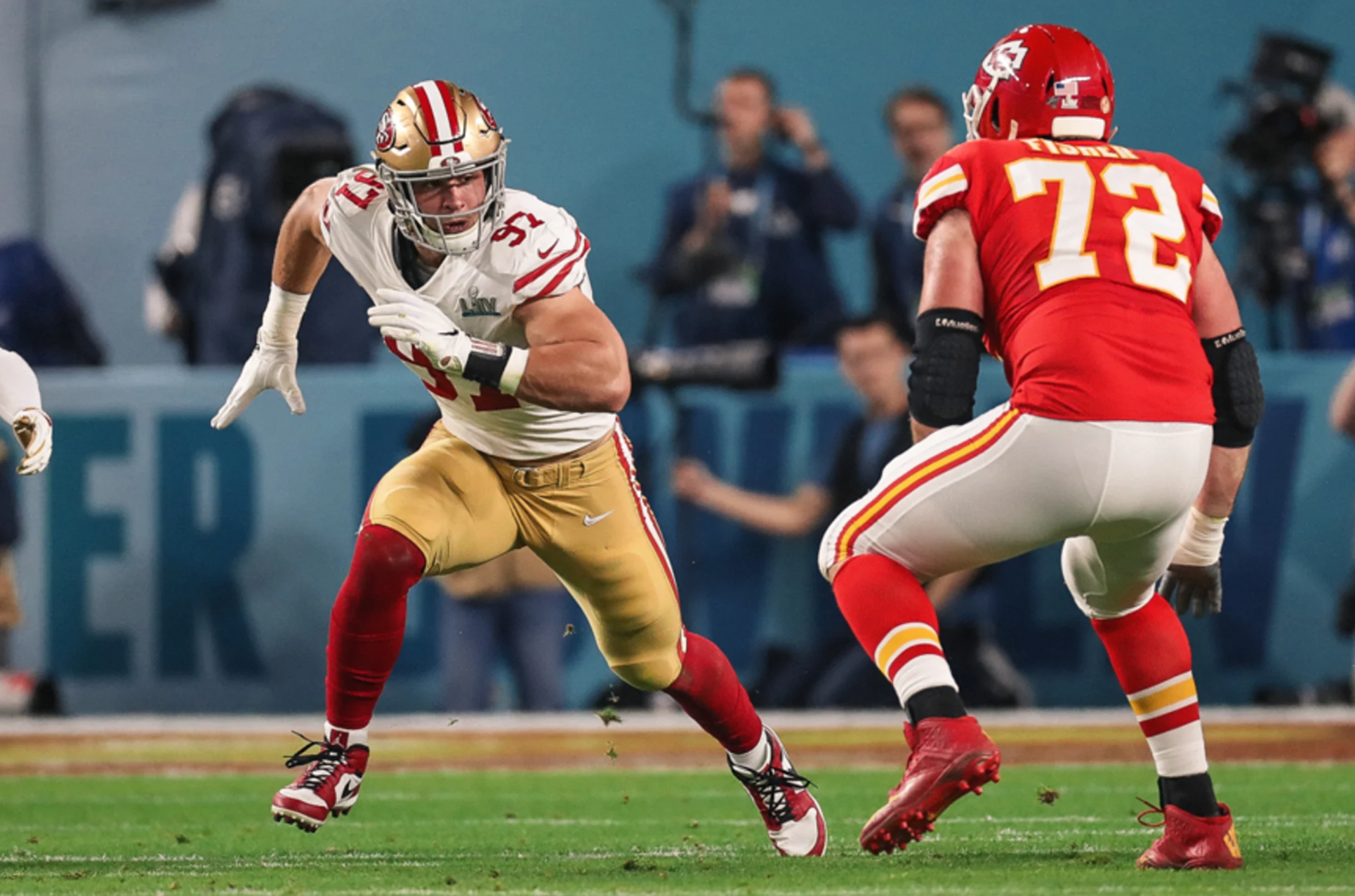 Nick Bosa leads the NFL with 18.0 tackles for loss and is third with 15.0 sacks. Joey, meanwhile, has forced a league-high six fumbles. Lattimore has 18 pass breakups this season, good for third-most in the NFL, and Ward has a 99-yard interception return for a touchdown to his name.