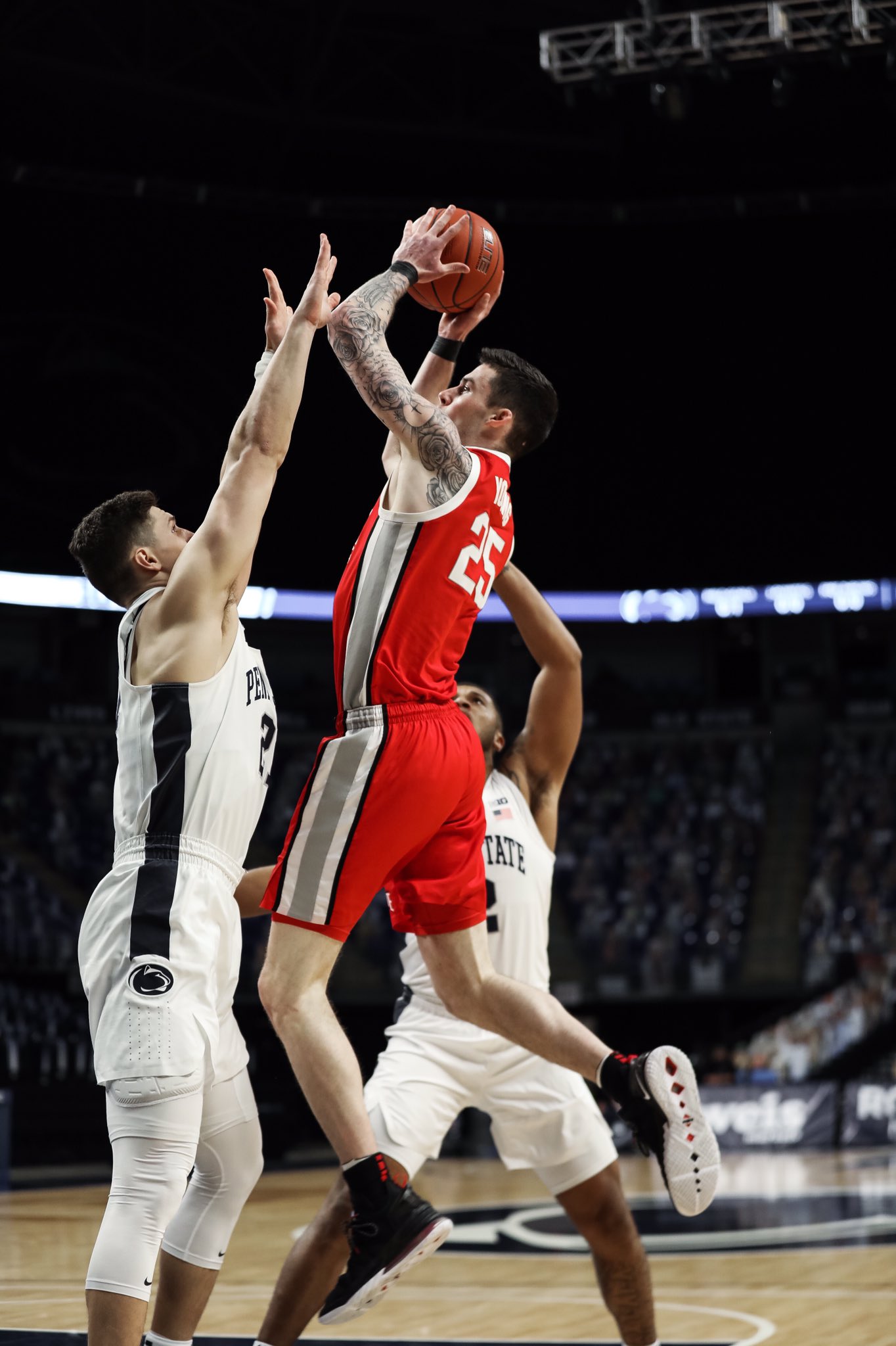 Following a 92-82 victory over Penn State leading into a Sunday matchup against No. 3 Michigan, Ohio State head coach Chris Holtmann said he has two key players that are nursing some injuries heading into the contest.

Those players are graduate transfer forward Seth Towns and senior forward Kyle Young, but Holtmann said on Friday that he is expecting both to play, but that they will need rest leading up to the matchup against the Wolverines.

“We’ve got to get our guys right physically,” Holtmann said. “I think Seth is going to be OK. We’ll know more in a day, but he’s banged up. He and Kyle are banged up. Kyle, I think he’ll be OK. He’s going to need some time off between now and game time.”

Towns is eighth on the team with 4.3 points per game in limited action (10.0 minutes per game) as he recovers from a different leg injury he suffered while at Harvard. He is shooting 48.1 percent from the field and 36.7 percent from three.

Young is fourth on Ohio State with 8.8 points per game and third with 5.8 rebounds per contest. He is shooting 55.7 percent overall while appearing in all 22 games.

While those players are expected to play against the Wolverines, Holtmann said the depth of the roster should be prepared to make an impact when called upon.