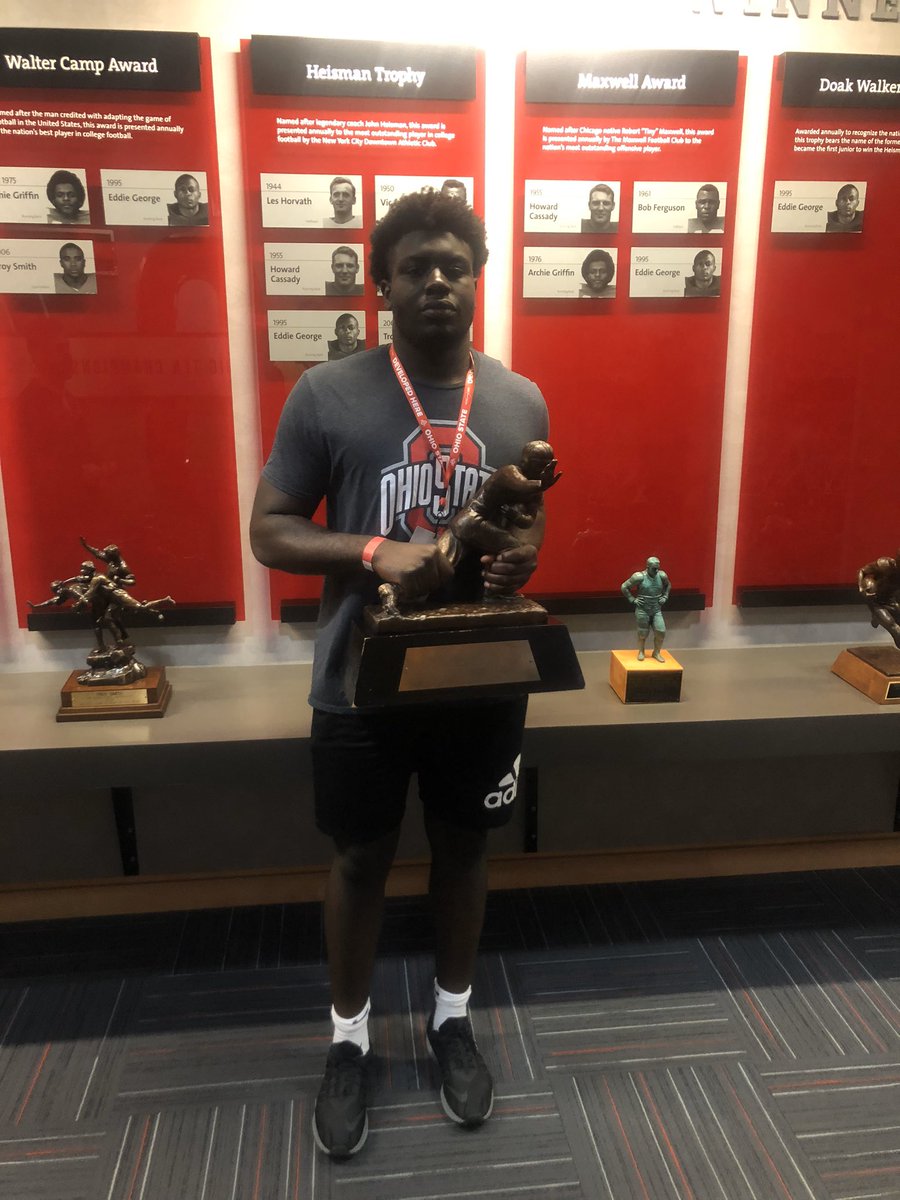 Ohio State kept up its momentum on the recruiting trail on Wednesday, reeling in yet another top 50 prospect to add to a class already well out in front of the rest of the nation, now leading No. 2 Clemson by nearly 70 points. The latest bump came in the form of IMG Academy (Fla.) defensive lineman Tunmise Adeleye, rated as the nation’s No. 41 player and No. 8 DE by the 247Sports Composite ranking.

For the Buckeyes, Adeleye is yet another key pickup on the defensive line for Larry Johnson, and pushes them one step closer to one of the best defensive line classes of all time, with Jack Sawyer, Michael Hall and Tunmise already in, and J.T. Tuimoloau and Tywone Malone both looking like OSU leans. That would be two five-star, top five players, and three high four-stars. That’s nothing to sneeze at.

However, with all of that talent on the board, there is a question about fit. If Ohio State is to land that exact class, where does everyone land? Sawyer is set on outside, and looks to be the next elite end in Columbus. Malone is 300 pounds, and will play inside. Hall is a similar story, and seems set for tackle. That leaves Tuimoloau and Tunmise, both of whom are listed as ends but who don’t exactly fit the mold of a rushing end. Tuimoloau is listed at 277 pounds, and it just seems unlikely that he would play outside at the next level, meaning that Tunmise will likely be asked to fill that last spot on the outside.

That should work perfectly fine for both parties. Tunmise is listed on 247Sports at 6-3, 240 pounds, which fits right into the wheelhouse of a defensive end. However, he played his junior season closer to 265 pounds, which, as a true freshman, would make for a difficult adjustment at the next level.

However, if the drop to 240 is true (which is difficult to say right now, given the complete lack of camps), Ohio State should have a pretty easy choice to make.

Operating under the assumption that Tunmise will show up ready to go on the outside, what does he bring to Columbus out of that edge spot?

Firstly, this is probably not going to be the edge rusher of the class. He’s a good athlete, with good bend and a strong foundation that will allow him to add a good move set, but expecting Tunmise to be an elite pass rusher would be misusing his skillset. That responsibility can fall to Sawyer, while the Tyquan Lewis role goes to Tunmise. He would do better as a run stopper first, with the ability to clear lanes for blitzing linebackers and take attention away from the rest of the line without putting up huge numbers.

That suits him, primarily because of his physical traits. Tunmise is wicked strong, which won’t be lost with the weight drop, and he’s powerful and explosive enough to blow up run plays pretty consistently. His hands and pad level, both of which are already very good, will only get better under Johnson, meaning that he’s likely going to improve at shedding blocks, which he’s already more than capable of.

Essentially, Ohio State is getting a tackle in an end’s body, which is exactly what that position calls for. He’ll still find his way into the backfield sometimes, but most of his best work will be done in snuffing out runs before they ever get started by using his athleticism to blow past tackles and his strength to overwhelm guards. Tunmise’s lack of elite, top-end speed will keep him from being a true top-tier end, but in just about everything else, he should be an outstanding contributor to what will likely be an already lethal defensive line.