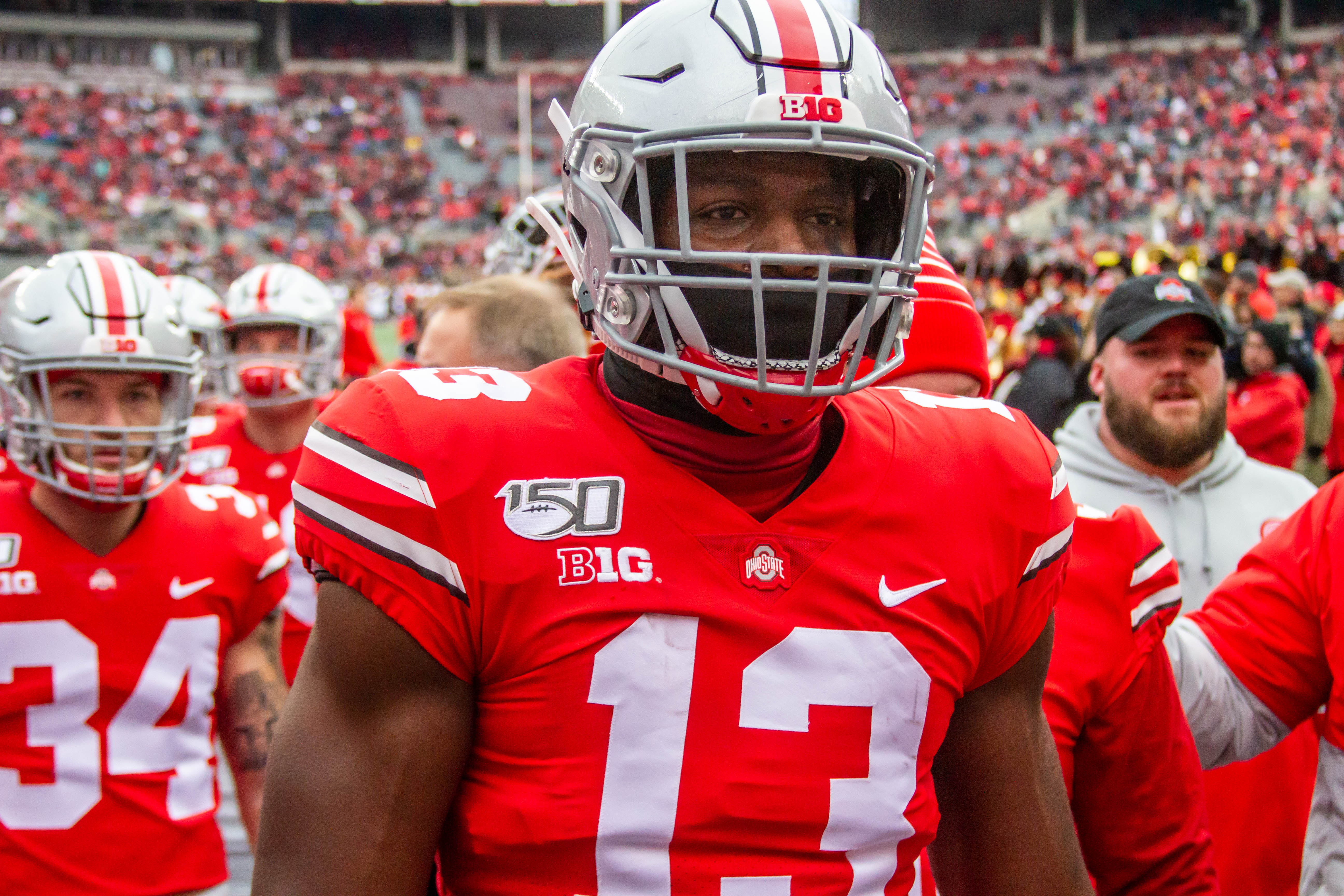 It isn’t an easy life as a tight end at Ohio State. The Buckeyes are infamous for their lack of desire to pass to tight ends, which has continued through just about every player to play the position in Columbus for several decades, even including future NFLers like Jake Ballard, Jeff Heuerman and Nick Vannett. Significant stats are hard to come by, which can make for a difficult sell into the NFL, at least to teams that aren’t paying close attention.

Many of those former Buckeye tight ends have managed to find a niche at the next level however, thanks to what Ohio State actually expects out of its tight ends: elite blocking production. Tight ends at Ohio State are used essentially as smaller, more athletic tackles, designed to help seal the edge on outside rushes and serve primarily as a decoy on passing plays.

Life was made even more difficult for Ohio State tight ends in 2019, because there wasn’t just one player filling that role, there was four. Jeremy Ruckert, Luke Farrell, Rashod Berry and Jake Hausmann all saw significant time for the Buckeyes, which helped Ohio State establish an elite outside running attack, but also had a pretty big impact on the statistical production of those players. The leading receiver at the position, Ruckert, had just 14 receptions for 142 yards, serving as easily the most dangerous receiving threat off the edge.

Behind him, Farrell, Berry and Hausmann combined for just 11 receptions, racking up 152 yards on those targets. Two receptions and 20 yards came from Berry, who, after catching 15 passes for 178 yards and four touchdowns in his first two seasons at tight end, shifted more into a full-time blocking role when he found his way onto the field.

The shift made sense for Berry, even if it impacted his pro outlook with teams looking for a serious receiving threat from their tight ends. A former defensive end, Berry stands 6-4, 255 pounds, and is quite a bit better at blocking than he is at catching. His hands aren’t bad, nor is his ability to run with the ball, but his future in football is as a blocking specialist off of the edge.

After all, it isn’t very often that you get a tight end that can lock down an edge rusher on a passing down like this. Berry isn’t exactly Joe Thomas, and he isn’t going to be able to do this against more athletically or technically gifted defenders, but being able to do it all is a huge plus from a tight end.

Berry shows off pretty strong technique here, and flashes his strength, which, if nothing else, will make him valuable in chipping edge rushers and helping out the offensive line on passing downs when he isn’t running a route. Pass protection is never going to be a massive deal for tight ends, but being able to do it as well an as consistently as Berry did in 2019 is still pretty impressive.

In the more functional skill category, he’s shown the ability both as a run blocker and as a helpful player to have on the perimeter, as Ohio State uses him on this play. His block on the outside pretty much makes this entire play possible, and while there’s a case to be made for a holding call late in this play, he’s perfect until the very end, keeps his feet moving well, and he isn’t flagged despite being directly in front of the ref, so we’ll let it slide.

In the running game, I’m not going to qualify the praise like I did with the passing game: Berry is a great blocker. Not “for a tight end” or “in some situations.” He’s a tremendous run blocker on the edge.

He takes out a blitzer off of the edge and a linebacker with ease on this play, and Ohio State trusts him enough to pull that off, with J.K. Dobbins bouncing outside to the gap that he cleared without any sort of hesitation. Berry isn’t alone in the excellent blocking on this play, but this is a very strong individual effort, and it’s a play that he absolutely has the ability to make at the next level.

I say that because he made this kind of play pretty much every time he was on the field in 2019. He’s so strong, and he’s such a smart and good blocker that Ohio State used him as a key blocker for helping to spring the play on several occasions, like here. The Buckeyes leave a gap so that Wyatt Davis can get to the second level quickly, knowing that it will mean a crucial block in the backfield for the motioning Berry. He takes on the linebacker that shoots that gap with ease, turns him as he makes contact, and puts him on his back before Master Teague even hits the line of scrimmage.

Berry isn’t going to be a Rob Gronkowski-style dominant force in the passing game. He’s good for a couple nice runs after the catch per season, and he’s big enough and fast enough to at least survive in the passing game. With his blocking ability, that’s really all he should need in the passing game. Unfortunately, given his stats, it will take a team in need of a blocking tight end to really look at him as an option, likely as an undrafted free agent. If there is such a team, however, they’re in for a steal if they can manage to grab Berry for cheap after the draft ends. He’s not perfect by any means, and he’s really only going to serve as a sixth linemen, but in a league like the NFL, where running the ball is a pretty massive task at times, there’s absolutely a place for Berry. He just needs some luck to find it.