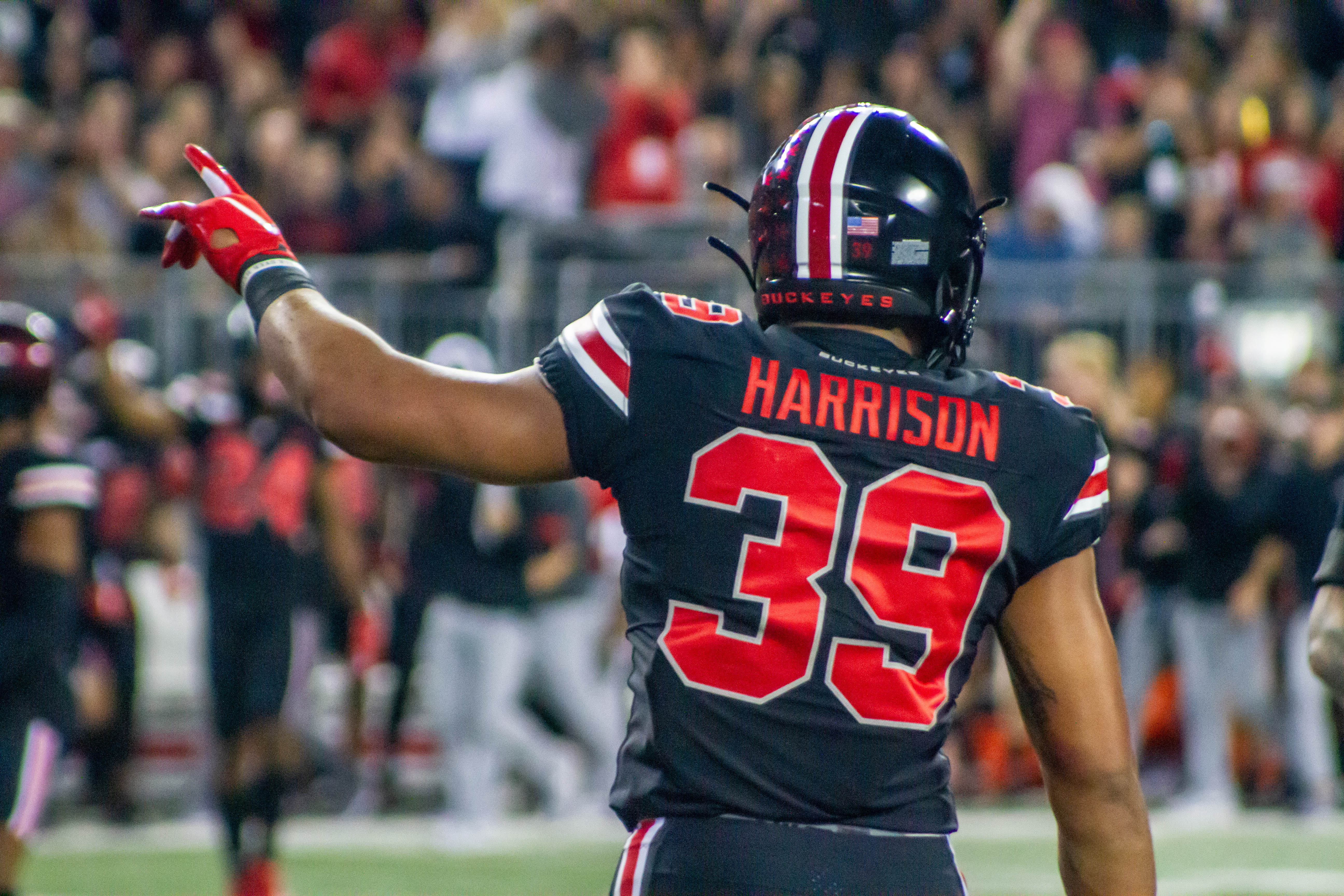 As part of our offseason coverage, Buckeye Sports Bulletin will be putting out full scouting reports for every Buckeye that could hear his name called in the 2020 NFL Draft in April. Next up is linebacker Malik Harrison.

There isn’t a position group on Ohio State’s roster that has faced more adversity and criticism in the past three seasons that the linebackers. In the wake of significant turnover following the 2016 season, the once-vaunted group became the most talked about unit on the team in 2017 and 2018, and not for the reasons that they would have hoped.

Former linebackers coach Bill Davis implemented systems that largely failed, and deployed strategies for his young (at the time) linebackers that seemed to do far more harm than good. That, combined with some crucial injuries, poor schematic fits and, to put it bluntly, poor play, created a vacuum of sorts around the position at Ohio State. The struggles peaked in 2018, specifically in Ohio State’s loss to Purdue, and Davis was fired shortly after the season ended.

Current linebackers coach Al Washington was marked to revamp the room, and in 2019, he was fairly successful. Physical limitations still impacted the group, as was on full display against Clemson in the College Football Playoff, but the technical issues had faded. Ohio State’s linebackers aren’t yet a strength, but could no longer be considered an albatross around the defense’s neck.

Washington also helped to produce a legitimate star in 2019, one that had largely managed to shine through even the darkest days of linebacker play in Columbus, in senior Malik Harrison. Harrison played in 11 games as a sophomore in 2017, but did so largely as a backup sitting behind Jerome Baker and Chris Worley.

He burst onto the scene fully in 2018, and served as the lone bright spot in the linebacker room, showcasing the kind of athleticism, paired with serviceable pursuit angles, that Ohio State was desperately missing. His 81 tackles led the team (tied with safety Jordan Fuller), 55 of which came on solo tackles, usually in the open field with little help.

As a senior, Harrison finally got the help that he was lacking in 2019, both schematically and in personnel, as his fellow linebackers drastically improved, while former defensive coordinator and now Boston College head coach Jeff Hafley implemented a cover 3 look that suited Harrison far better than Greg Schiano’s all press coverage, all the time approach.

That zone – which allowed Harrison to read and react much quicker, using his instincts and athletic ability to get downhill, rather than being forced into man coverage on a tight end or running back – can be thanked for launching Harrison into stardom. No one, save for perhaps cornerback Damon Arnette, benefitted more from the switch. Harrison’s fit was always in a system that gave him freedom, and his 2019 season showed off just what he could be in the NFL, with the right fit.

In Ohio State’s system, linebackers were primarily told to read run first, which Harrison showcases here. When reading run first, Harrison was frequently able to essentially turn zone calls into a run blitz, filling gaps with his size but still having the speed to get to the ball carrier before any sort of cutback was possible. He isn’t an amazing athlete moving downhill, but Harrison is as good laterally as they come, and that, paired with his size, may actually mean that his future is not on the outside, but rather as an interior linebacker.

As an outside linebacker, Harrison had the speed and instincts to thrive, but that may not continue into the NFL. He’s bigger than most outside linebackers, and while he’s a capable blitzer, his pass rushing expertise is limited at best. Most NFL teams don’t use outside linebackers in the way that Ohio State did, and most NFL teams play quite a bit more man coverage than Ohio State, meaning that Harrison would likely be asked to rush the passer and cover running backs and tight ends far more than he was with the Buckeyes.

Again, he’s capable at that, but it would not be the best way to optimize his talent. Minimizing man coverage is going to be crucial for whichever team selects Harrison, and if he was to make the shift inside, he would have a better chance of avoiding those difficult single coverage situations. Harrison will still be tested quite a bit more in the passing game at the next level, but dropping into an intermediate zone from the middle linebacker spot will be much easier for him than man coverage on most plays.

It would also allow him to essentially specialize in something that NFL teams are in pretty desperate need of right now: scramble quarterback stopping. Harrison was excellent in this role at Ohio State, and would be a serious asset against players like Lamar Jackson, Kyler Murray or Josh Allen.

Take this play. Harrison’s job is to keep an eye on Nebraska quarterback Adrian Martinez, making sure that he isn’t able to run free while the rest of the Buckeye defense is in man coverage. He does a great job of keeping the line between him and Martinez clean, while maintaining a focus on the quarterback. Once the play starts to break down, he makes his move and takes a great angle to stuff Martinez before he’s able to make anything happen. It’s a terrific play, and a play that a lot of linebackers can’t make.

That brings us to fit, which really will come down to the position Harrison actually plays. If he stays outside, he will need a zone-heavy defense to thrive. If he moves inside, however, the fit becomes quite a bit more flexible, meaning that pretty much any team in need of a middle linebacker could get away with plugging him into their defense from day one. He isn’t likely to become a star, but as a day two pick, Harrison provides quite a bit of value in the running game and as a very high-floor middle linebacker.