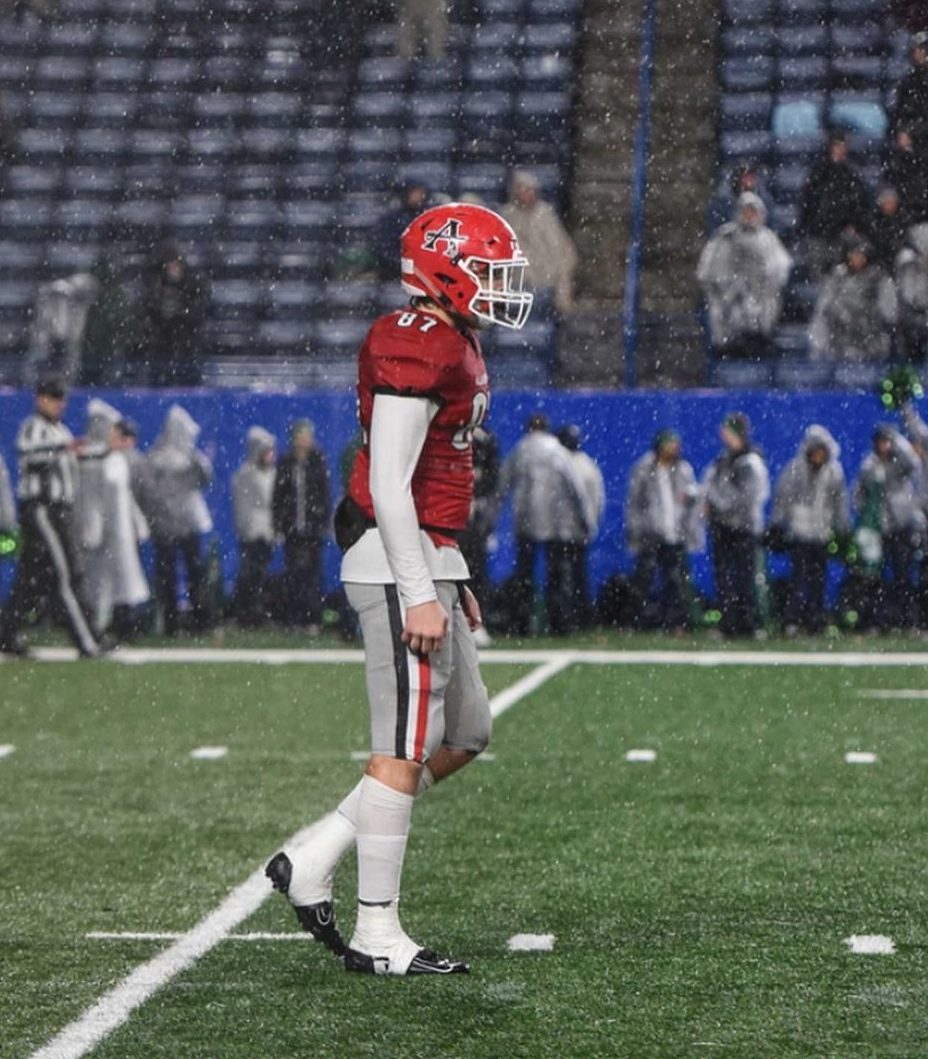 Ohio State doesn’t exactly have a sterling reputation when it comes to tight end usage, at least in the traditional metrics.

The Buckeyes haven’t seen a tight end haul in more than 30 passes in a season since Ben Hartsock caught 33 for 290 yards and three scores in 2003. To find one that was truly a weapon in the passing game, you’d likely have to go back to 1995, when Rickey Dudley was on the receiving end of 37 passes for 575 yards and seven touchdowns. Put simply, when it comes to the receiving game, there’s a good reason that Ohio State media and fans joke every spring about this year being the year that Ohio State is finally going to throw to the tight end.

However, as Ohio State’s recent draft history at the position shows, the traditional metrics aren’t everything. The Buckeyes have used tight ends primarily as additional blockers in the past three decades to help cement the running game, an approach that produced two third-round picks from the position under Urban Meyer (Jeff Heuerman in 2015, Nick Vannett in 2016) and is likely to produce two more selections in current Buckeyes Luke Farrell and Jeremy Ruckert. Ohio State’s tight ends don’t usually put up big numbers at the college level, but they do produce in the running game and that’s led to a payday at the next level for more than a couple of them in recent years.

For Ohio State’s newest commitment, three-star 2022 Tennessee legacy Bennett Christian, a trip down the Farrell/Vannett path seems much more likely than one reflecting Dudley or Ruckert. That isn’t to say that Christian isn’t capable as a pass catcher, just that given his physical profile paired with the fact that Ohio State wants two tight ends in 2022 and is looking hard as Benji Gosnell, he seems much more likely to be the better blocker of the two and will be coached in that role.

Entering his junior year of high school, Christian checks in at 6-foot-6, 235 pounds, already pretty close to where Ohio State likes its blocking tight ends. With a frame that could easily handle 15 or 20 more pounds, the Buckeyes will likely spend the first season with Christian on campus moving him up closer to 250 or 255 pounds where most of their tight ends check in now. With that frame, it really shouldn’t be particularly difficult for Christian to maintain his current mobility and athleticism with some extra muscle added on and it’ll likely only serve to make him better as a blocker on the edge for Ohio State’s rushing attack.

Athletically speaking, there’s a lot to like about his game. He plays both ways and does so very well, contributing at defensive end for his high school team as well as at the tight end spot. He has a quick first step off of the line when he’s running a route or blocking and moves well horizontally, which is a big deal for Ohio State’s zone running scheme which calls for plenty of horizontal mobility from blockers.

He’s comfortable taking on bigger defenders as well and is more than willing to hit, which will serve him well once he’s spent a year in Ohio State’s weight program and can really pack a punch in these kind of blocks. He doesn’t have a great grasp of leverage right now and will need to work to get a bit lower at the next level, but that’s to be expected with someone as tall and long as he is. The best thing to evaluate on right now is willingness to hit and feet, both tests that Christian passes with flying colors. He’s light on his feet and a confident blocker as a rising junior and that’s just about everything you can ask for from a young tight end. The technical stuff and details can and will be taught at the next level.

As a receiver, Christian can certainly hold his own, though this is not the primary reason that Ohio State is recruiting him. He doesn’t have elite speed or route running chops but he’s fast enough and strong enough that he’ll be able to pull in 15 or 20 receptions as a starting tight end and that’s just about everything Ohio State will be expecting in the passing game. He has good hands and will work well as a safe option for the quarterback.

Still, the appeal and the reason that Christian is committed to Ohio State is the blocking. He has the frame and mindset to be a perfect fit for Ohio State’s blocking tight end archetype and will likely find himself moving up the 247Sports player rankings as his class comes to the forefront next year. He won’t garner Ruckert levels of hype but he projects out as a solid two-year starter that should be able to contribute as a very strong blocker and, if nothing else, a capable fourth or fifth receiving option on any given play.