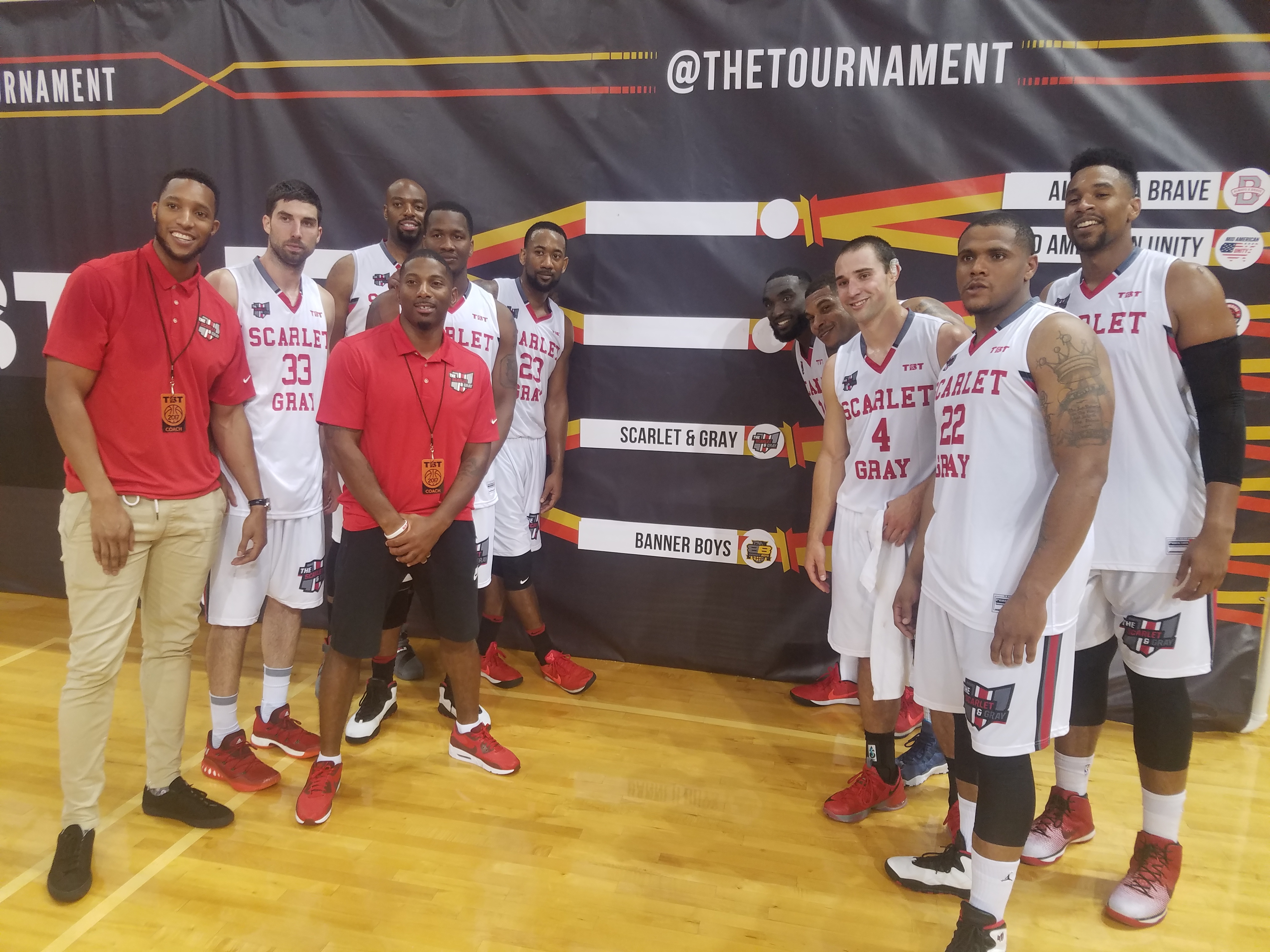 The Basketball Tournament – the $2 million, winner-take-all summer basketball event that is now in its fifth year – announced its bracket for this year’s tournament on Wednesday, and the two teams featuring former Ohio State players made the cut.

Coached by former Buckeye point guard Scoonie Penn, who is currently OSU’s director of player development, and former Ohio State forward Evan Turner, the 2010 National Player of the Year, Scarlet & Gray will be the No. 1 seed in the Midwest Region after winning said region in last year’s event.

Byron Mullens, who went by B.J. Mullens during his one season at OSU (2008-09), joins the club this year as well. He played seven seasons in the NBA with four different teams (Oklahoma City, Charlotte, the Los Angeles Clippers and Philadelphia).

“It really wasn’t about bringing Michigan and Ohio State together,” Dakich told TBT. “I know it kind of looks like that.

“After the NCAA Tournament (last season), I realized that my basketball career was coming to an end. I’ve always loved watching TBT. I saw the Ohio State alumni team and thought maybe I should put in a team of my own. These are just my guys from Michigan and my guys from Ohio State whom I thought were really good basketball players and will probably be playing overseas, if not in the G-League or even the NBA.”

Dakich went on to say he realizes Big X can cause fans of the rival schools to be confounded in their rooting interests. He said Michigan supporters have backed the team more than their Ohio State counterparts so far because of former Wolverine Mo Wagner.

“We knew that having players from both teams could make both schools support us or both root against us because they wouldn’t want to see us play together,” Dakich said. “Fortunately, the fan support has been positive. It’s been more Michigan support so far because we’ve had Mo Wagner be our vocal piece on social media, but I’m sure there’s been support from both sides.”

To all the Big10 fanatics out there…This would be something cool to support! Cant wait to watch! #ConferencePride https://t.co/McRD0EJ1HN

Columbus will host the first two rounds of the Midwest Region at Capital University’s Capital Center. Scarlet & Gray will play on July 21 at 4 p.m. ET against the winner of the play-in game between Charlotte Chess Center and West Virginia Wildcats. Big X will face the 13th-seeded Chattanooga Trenches on July 21 at 10 a.m. Should both squads advance, Scarlet & Gray and Big X would square off in the Super 16 in Atlanta on July 26.

The national quarterfinals also will be held in Atlanta on July 29. The semifinals and finals will take place in Baltimore on Aug. 2 and 3, respectively.