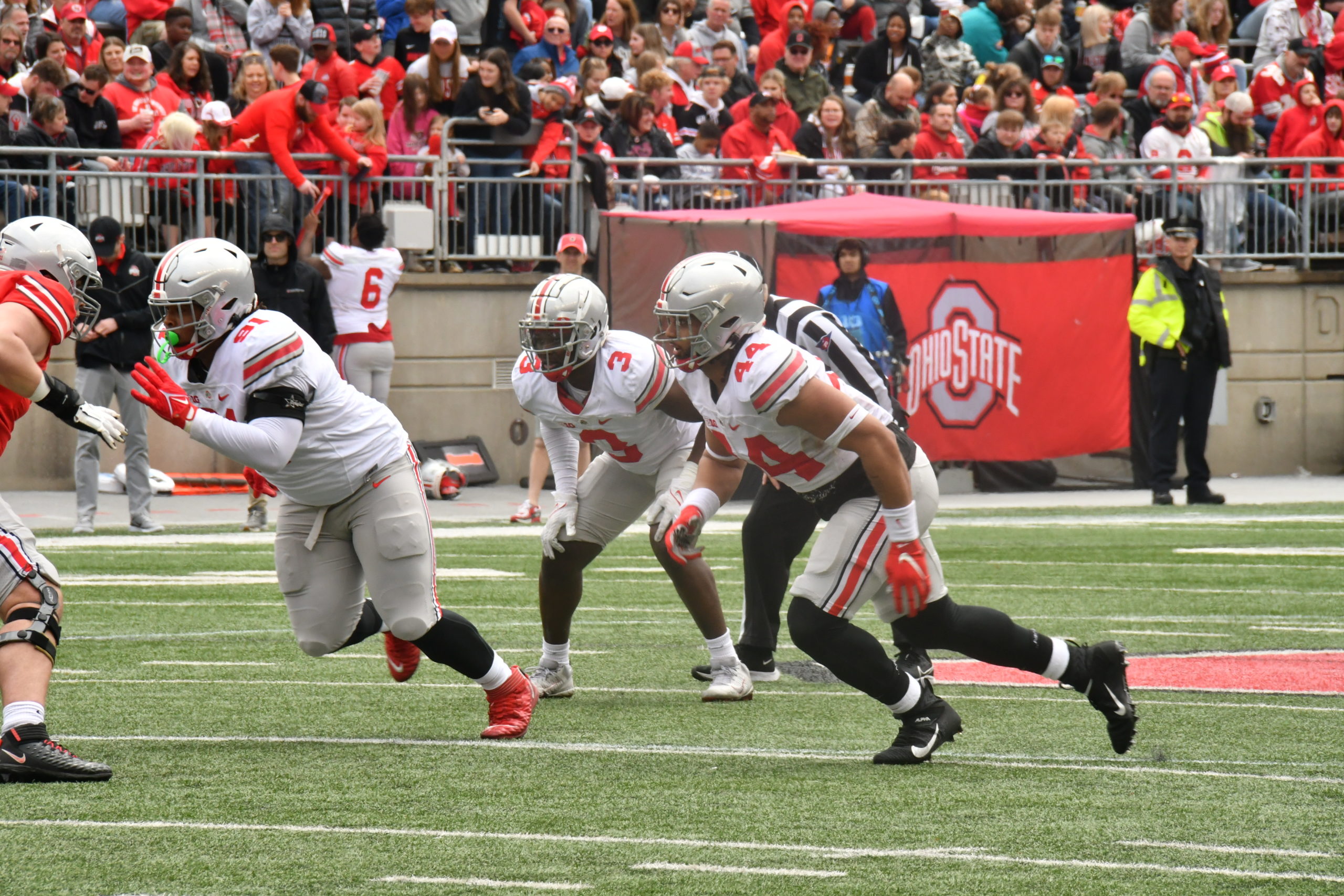 Quite a few Ohio State class of 2021 signees have already made their presence known in Columbus. The group projects to place quite a few players into the Buckeye rotation this season, from wideouts Emeka Egbuka and Marvin Harrison Jr., tailback TreVeyon Henderson, cornerback Denzel Burke and defensive tackle Tyleik Williams.

But among those standouts, none made a larger impact on the stat sheet in this season’s spring game than J.T. Tuimoloau, and none have a higher ceiling than the Washington native who just capped his first spring practice as a Buckeye.

A unique case a season ago because he arrived only weeks before the start of fall camp, the former five-star defensive end drew frequent praise for making such a quick adjustment to the college game, earning significant playing time in the defensive line rotation by the end of the season without an offseason of work to precede it.

As he exits this first spring as a Buckeye, the hype has only grown around Tuimoloau. He notched four tackles in the spring game, twice bursting around offensive tackles to record a sack – tied for a game-high with redshirt junior Noah Potter. Ohio State often bookended the second-team defensive line with Tuimoloau and classmate Jack Sawyer – who had a sack and two tackles of his own – and sees that pairing not just as a valuable rotational piece this season but as a potentially game changing duo.

“J.T. and Jack have both had very good offseasons,” Day said. “They’ve gotten stronger and faster, their techniques are better, and we saw that today. If they continue to build this summer they’re going to be a force in the fall. I think they’ve really taken to (defensive line) coach (Larry) Johnson and this system, Jim has a great way of changing up the looks too, to keep the offense guessing.

“The minute you think they’re moving, they come at you with a bull rush. That combination of really good technique with coach Johnson and the style and scheme that coach Knowles has put together really fit those guys and a lot of guys on defense. Those two have been strong.”

For Tuimoloau, Knowles’ arrival has brought with it a sense of connectivity that he’s excited about heading into the fall.

“I just think we just came together,” he said after the game of the defense. “A lot of the older dudes stepped up and took a lot of the younger boys under their wing and after that, we just continue to come with a different energy and continue to push each other. Holding each other accountable is a big thing for us this year, too.”