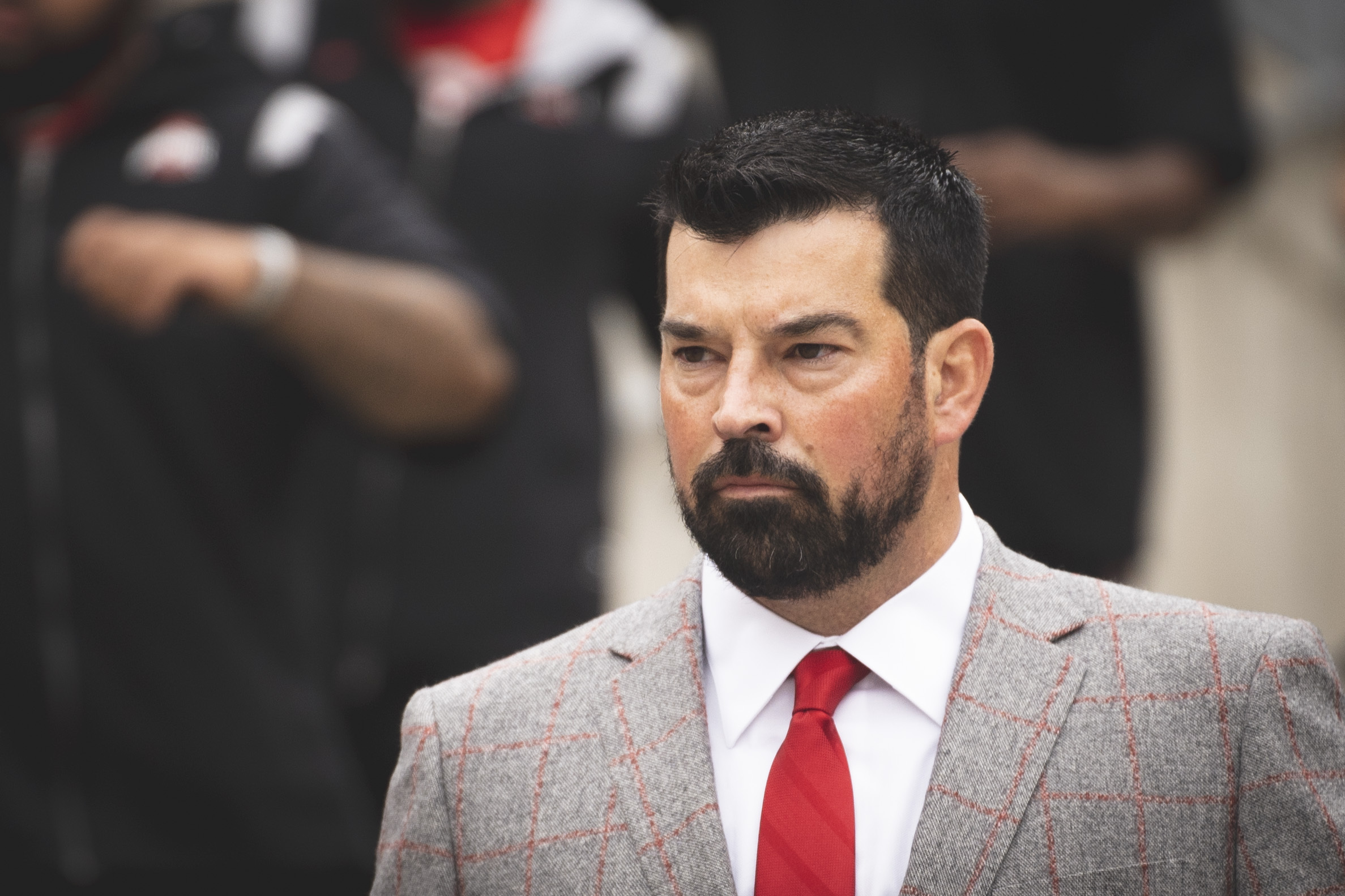 He talked about Ohio State’s performance against Maryland and how the Buckeyes are handling the “bye” week before their game with Indiana on Oct. 23.

On Thayer Munford, a semifinalist for the Lombardi Award:

“He’s done everything we’ve asked of him in terms of leadership.”

“He’s going to go down in history as one of the better Buckeyes to play the O-line here.”

“There are four guys in there that are rotating.”

Day said Steele Chambers stands out and has flashed.

“We feel really good about those guys.”

“You have to be rugged, you got to be strong.”

“We’ve been a couple of blocks away. We’re starting to build something there.”

On whether or not kickoffs should be eliminated from college football:

“I would vote for that.”

“For the safety of the players.”

On finding rest during the bye week:

“Sometimes the mental rest is more important than the physical rest.”

On giving the game ball to Kerry Coombs:

“I think we’ve made some strides.”

“We haven’t done anything yet.”

“When you change seats in the room, that’s not always easy.”

“It doesn’t always for the way we want it to go, but that’s a part of this job.”

“I’m proud of the way these guys have responded.”

On kickers stepping up this season:

“Their role is going to be very, very important.”

“We are gonna need them this second half of the season.”

“He’s somebody we think we can rely on.”

“He’ll have days that aren’t perfect but I like the way he’s been going about his business.”

“It was good to see him hit those from that far out.”

On pushing into the second half of the season:

“I’m hoping this week can help them project into the second half.”

“Maybe taking a deep breath and stepping back a little bit helped him. I don’t know.”

“I think the guys are really starting to believe in him and I think that’s a big part of it.”

“When everyone on the offense believes in the quarterback, that’s a big part of the confidence.”

Day said he’s shown an ability to be an all-around running back for Ohio State.

“He works between the tackles.”

On playing a game in Cleveland:

“I leave those things up to Gene [Smith].”

“Playing games in neutral sites… could be exciting.”

“Good pieces in there.”

“It’ll be a good environment when we play [the Hoosiers].”

Day said he watches “a good amount” of film from last season’s 42-35 game against Indiana.

On NIL deals for his players:

Day said the team will have a speaker visit them after practice.

“Still a learning process. Still trying to figure out what it means.”

“Significantly [affected[ a few… affected a chunk of the team some.”