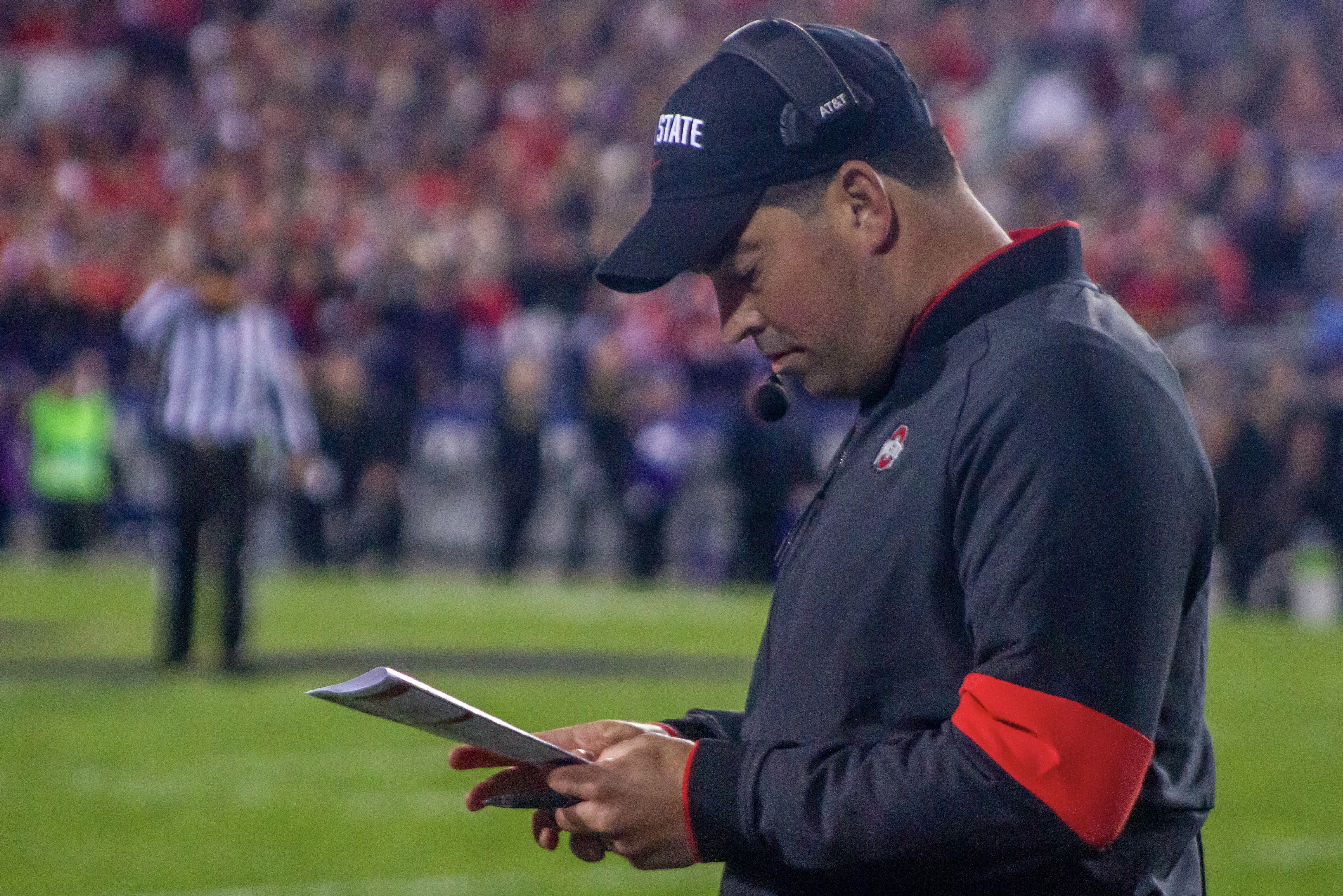 He talked about Ohio State’s performance against Rutgers and how he feels about the matchup with Maryland. The Buckeyes will host the Terrapins at noon on Saturday.

On his team’s growth through the first month:

“We are a different team on Oct. 2 than we were last week.”

“I thought we took another step last week.”

“It’s good early in the season when your team has a couple of scars on them.”

“He found the rhythm of the game, I thought, pretty early in that thing.”

“I feel like we’ve had a good week of practice this week, too.”

On practice this week:

“We are starting to get a callousness in practice.”

“Hopefully, we can take that next step on Saturday because we’ve been practicing better.”

“What a great week of practice he had.”

“He was a little bit distracted and had a lot going on but he said, ‘Enough with all that,’ and had an unbelievable week in practice.”

“He took all the noise out of his life and focused on being a better football player.”

On having a lot of young players on the travel roster:

“Lot of deep breaths early on in camp.”

“These guys are all learning.”

“The future is extremely bright here.”

“We are gonna come out of the back end of this thing really good.”

“A month of so ago, not too many people knew about Ronnie Hickman.”

“Established himself as a good part of our defense.”

“He has a really good skillset.”

“If he just keeps putting one day in front of the other, this thing’s all going to work out for Craig.”

“When you have a good tight end, you put some guys in conflict.”

On the offensive line, finding depth:

“The chemistry of that offensive line unit has been special to me.”

“They have a great demeanor about them. They take it very, very serious. Not a lot of egos in that room.”

“All three phases challenge you.”

“This is a team that’s going to come in hungry to play, and they’re dangerous.”

He mentioned Taulia Tagovailoa as a player Ohio State will need to be prepared to face before Saturday.

On preparation for the Terrapins after they lost to Iowa last week:

“He was healthy, but he got banged up a little bit.”

“We’ve had some explosive plays so far.”

“I think he’s started to get a feel for some of those runs.”

He said Olave wasn’t as involved as he had liked against Tulsa and Akron. Still, when Olave got the ball in his hands he made game-changing plays.

“That’s kind of how it goes. You have to stick with it.”

On running back depth:

“He had to step up in a third-down spot. That was big.”

On having a routine during the weekend:

“We have a noon kickoff, so we know exactly what that’s gonna look like.”

He said nothing changes for the team on gameday during homecoming weekend. Still, he appreciates the players that come back and share their memories.

“So much is just tradition.”

On the “Best Fridays in College Football“:

“Tuesday, Wednesday and Thursday, I mean, those are tough physically, mentally, emotionally.”

“We want to keep it pretty relaxed that day.”

“We want Friday for guys to really laugh… we don’t want it to be super tough.”

On having “family days” back:

“This is a profession where, if you don’t involve your families, things get hard.”

His son, R.J., is in seventh grade and plays football. “Took a tough loss yesterday, but he loves it.”

On Dr. James Borchers being named the Chief Medical Officer in the Big Ten:

“Well deserved. Just being a leader, in general, was very impressive.”

“Jantzen Dunn was the one that’s gonna be long-term. Tough to see because he was coming along as a young guy.”