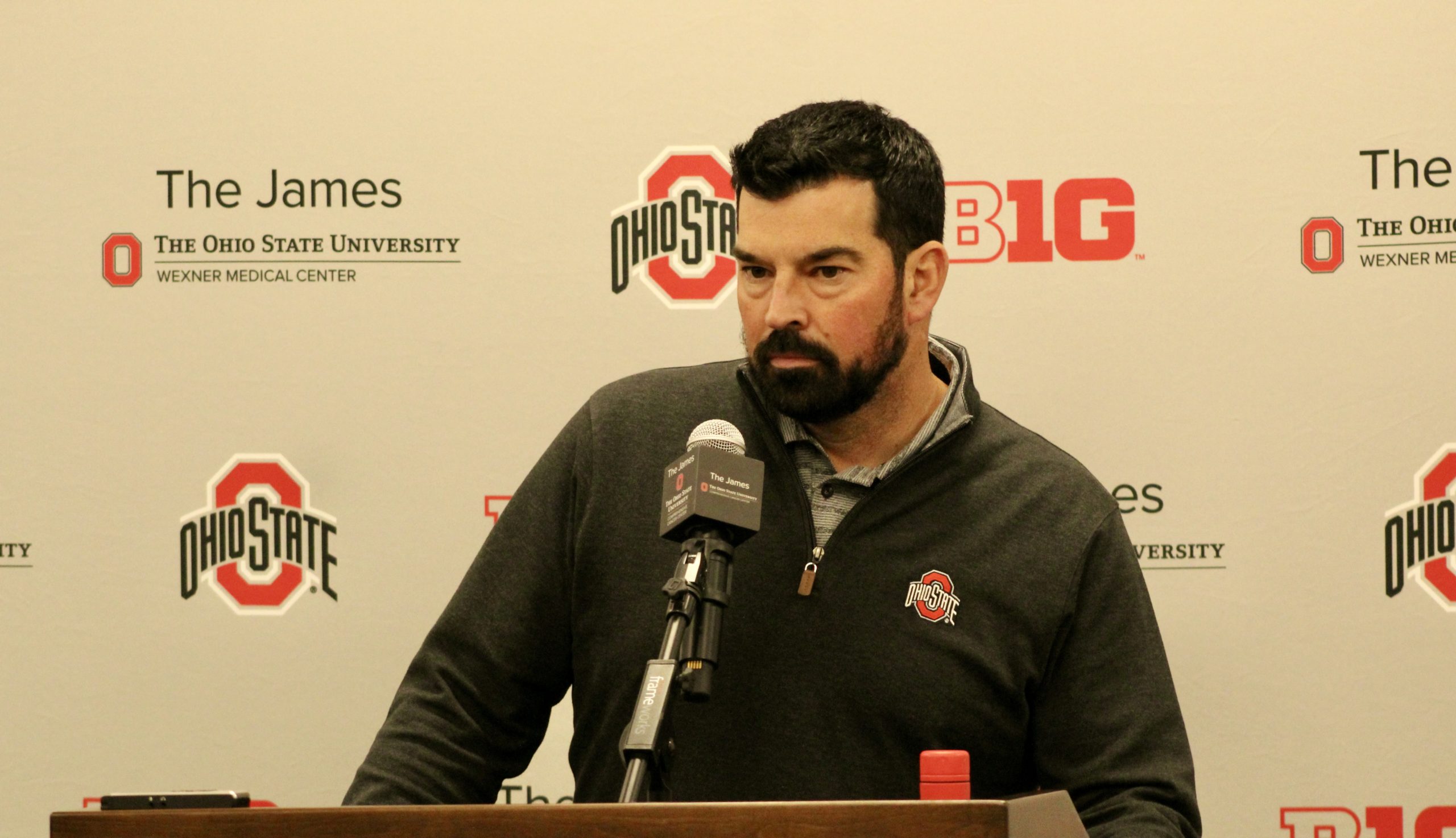 Ohio State head coach Ryan Day spoke with Paul Keels and Jim Lachey on 97.1 The Fan during The Ryan Day Radio Show to recap the Buckeyes’ 59-31 win over Purdue and preview their upcoming matchup with Michigan State.

Day on preparing for Michigan State:

On preparation for Michigan State and late-November stretch: “Good, solid. We did the right thing the last couple weeks of taking the pads off on Wednesday and allowing these guys to get healthy…right now, in the Big Ten Conference, it’s a battle of who can sustain. Can we do a better job of preparing than Michigan State?”

On preparing for games: “That’s growing up and learning. Some of the older guys have shown the younger guys how this works. Three things we talk about is one, being physically ready to play. Two is the mental part, understanding the game plan, and then just the emotional and spiritual (nature) of playing a game like this.”

On outside distractions for MSU game: “This week, we’ve talked about the distractions. It all has to be focused on winning this game. We all have different people in our lives and things going on, but that has to go to the side…it’s exciting. It’s going to be great. It’s not the best team that wins; it’s the team that plays the best.”

On Michigan State: “On offense they’ve done a very good job of updating their talent this year. It starts with Walker, he’s one of the best running backs in the country…across the board they’re a very good offense. Defense is well coached…one of the better coached teams we’ve seen.”

On MSU’s defense: “There’s guys who are 22 and some 23-year-old guys and some who are 18 and 19, so there’s some significant differences in some guys that are playing.”

On preparing for Kenneth Walker III: “You’ve got to defeat blocks and win one-on-one. He does an excellent job with his patience and his vision but can make a guy miss in the hole…certainly we’ve got to tackle well, but if he breaks one we need someone to clean it up for us.”

On missing last year’s MSU game: “That was a tough year last year, but that week was probably the worst week we went thought. I was screaming and throwing things at the wall. It was not good to watch your time. It was a very strange experience. It was great to see Larry Johnson and the coaches step up.”

On players improving week to week: “It’s like the iPhone, and hopefully they understand it like this. The iPhone isn’t the same one it was a few years ago. You have to upgrade every week.”

On players being recognized for individual accomplishments: “We recognize them as champions and such, but it’s more about the team…it’s good to see guys get recognized. They deserve it.”

On getting playmakers the ball: “The goal is to win the game, and any time you start to deviate from that, it gets your offense out of whack, and I’m certainly guilty of that over the years.”

On Purdue running different looks on offense: “You can’t practice all of them. Some of them you have to show on film and just be prepared.”

On pressuring quarterbacks: “You’ve got to tighten up the coverage, make him hold on to the ball longer. You like to get your hands up in the air and maybe get some hands on some balls.”

On improvements on defense: “Probably the pass defense. For the most part, we’ve done a better job of forcing the quarterback to read two and three and four, and because of that our line has gotten home more.”

On young defensive players: “We’re in a much different place than we were 10 games ago. These guys have played, so we have a good handle on who we are and our personnel…it’s sustaining this time of year with a young group. It’s going to be great to see some of the guys who don’t have a tone of experience playing in these big games.”

On other receivers stepping up: “They understand (their role), and they also want to play…they know they have a special group here and they have a really bright future ahead.”

On multiple running back sets: “It’s just that you would have to take one of our receivers out of the game.”

Day on Wilson, Williams and others:

On Garrett Wilson’s big game against Purdue: “He played with great energy and had a great week of practice…it was unbelievable in terms of the plays he made. He had a good week of practice this week (as well).”

On Miyan Willians: “We knew we were going to have to play a bunch of running backs this year…it was good see Miyan running hard. I though the o-line was creating some really good holes for him.”

On Chris Booker: “Just amazing what he’s been through, going from Dayton and taking a year off and being on the club team. If he wants to come back for another year they should help him. We would love to have him because he’s a big part of what we do here.”

On hearing from former Ohio State players in NFL: “They like the NFL, they like everything that comes with it, but they miss the camaraderie and brotherhood that comes with college football.”

On 24 seniors’ last game: “After they’re done playing football they’ve got their whole lives to live. Hopefully for some it’s after a long career in the NFL.”

On assessing how players will transition to college game: “There’s a lot that goes with it…there’s some guys in our programs that quite honestly can’t handle it…we try to identify that in recruiting. Playing in a place like Ohio State when you have a lot of exposure and you get criticized.”

On recruiting: “It’s fun, early on in the recruiting process, the parents are so involved. Sometimes you have to recruit the parents more than you do the young man.”

On black stripes being removed: “It’s a rite of passage. Some guys get it sooner than others. It means a lot to the players. Once you get that black stripe off you become a Buckeye. We don’t just hand that out – we make them earn it.”

On players handling end of season, school: “Finals start adding up. You only have a couple weeks left but there are big games coming up.”