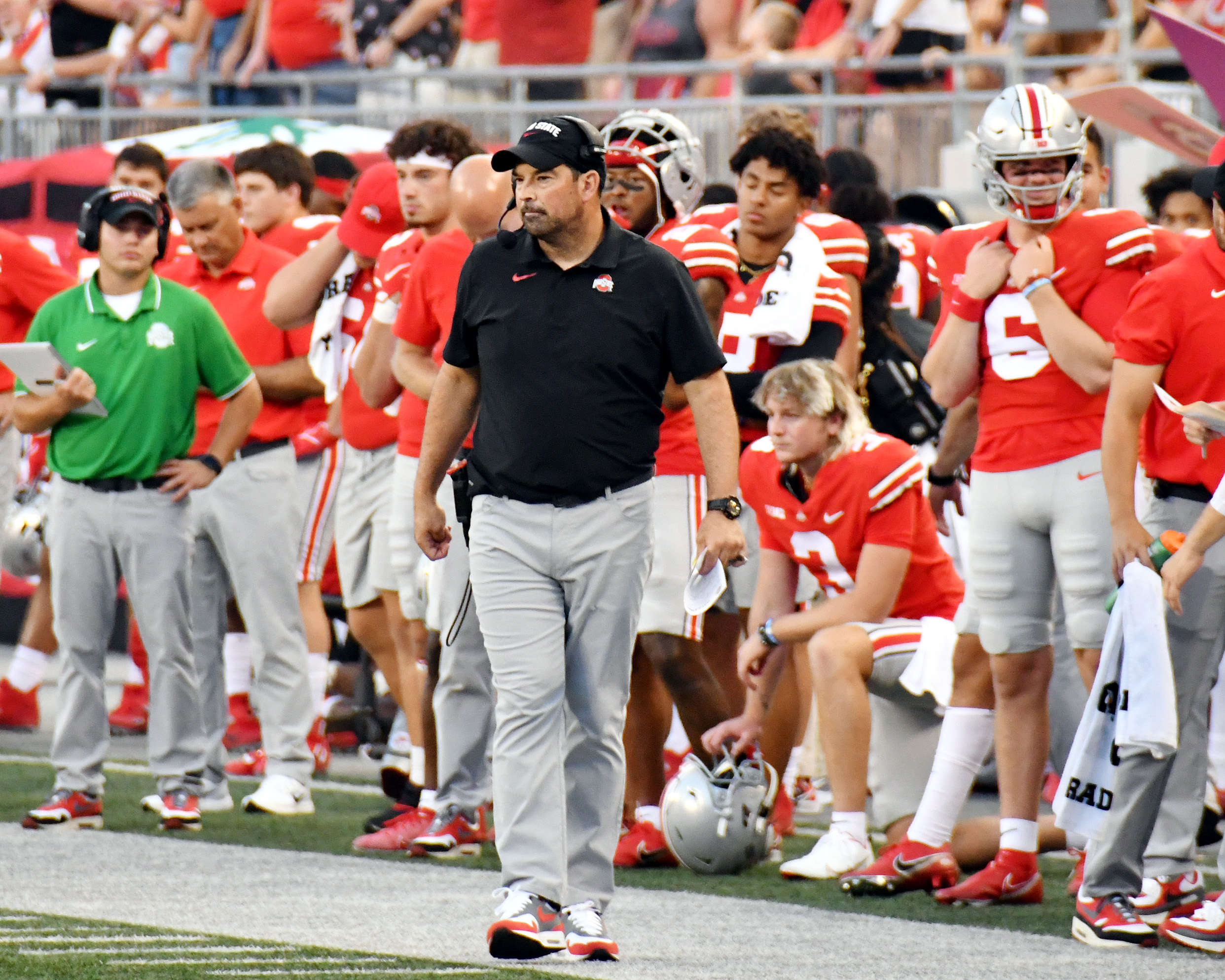 Day said quarterback C.J. Stroud will be used in “an emergency capacity” against Akron. He is hopeful that they can rest Stroud on Saturday and give reps to Kyle McCord and Jack Miller. As of now, Quinn Ewers would be unavailable for the game.

He talked about Ohio State’s performance against Tulsa and how he feels about the matchup with Tulsa. The Buckeyes will host the Zips at Ohio Stadium on Saturday at 7:30 p.m.

“They have to learn that winning is hard.”

On running back TreVeyon Henderson:

“Once he gets to that second level, he can turn that into a home run.”

“Certainly a tremendous performance for his third game.”

On Henderson and the team’s youth:

“It really hit me these last couple weeks how inexperienced this team is.”

“We have a bright future. We’re going to be very good soon.”

On offensive lineman Matt Jones filling in for Thayer Munford:

“This is somebody who could’ve come in and demanded more playing time.”

Day said he has “been out for a couple weeks.”

He said Studrawa had back surgery and is recovering.

Day said Wilson “stepped in” and graduate assistant Kennedy Cook also took over some of the responsibilities.

“What impresses me most… we ran a play, he came down and just got enough. That broke Tre [Henderson] to the second level for a touchdown.”

On the defensive rotation:

“A lot of fresh faces in there.”

“We’re starting to find and settle some roles.”

“He’s very conscientious. He spends a lot of time in here watching film.”

“I think everybody in the building has a lot of respect for him.”

“I think he has a high ceiling. This is just the start.”

“We look at him as a wide receiver as well. You could see some of the nature athleticism.”

On the defensive line:

“It was great to see Tyliek get that sack.”

“How can we get these guys to execute in all three phases? That’s the challenge.”

“Expect to see him play this game and get back on track.”

“He’s just competed every day and hasn’t backed down from our receivers.”

On the safety position:

“Losing [Josh] Proctor was a blow for us.”

“I think Bryson [Shaw] has stepped up.”

On the defensive line struggling to reach the quarterback:

“Four down front, for sure, is something that we believe in here.”

“There are times where you can bring a linebacker or two.”

On finding balance on the offense:

“I don’t think we’ve quite found that yet.”

“When we’re firing on all cylinders, that’s when we’re at our best.”

On protecting the quarterback from wear and tear but still getting reps:

“We have to make sure that we keep these guys healthy.”

“It’s just the experience of feeling the game… and then you go from there.”

“We’ve asked C.J. to take these last couple days off and rest that shoulder.”

“Probably use C.J. in somewhat of an emergency and play some of those other guys.”

“This is a team that has a good scheme on both sides.”

“They’re going to come in here… with a lot of energy. We got to match that.”

On the preference to run the quarterback:

“We haven’t really designed many runs for [Stroud] early on.”

“As time goes on, we’ll continue to build that package for him.”

“He’s a tremendous talent. He’s had a ton of production here.”

“He’s somebody that will go dowin in Ohio State as probably one of the more clutch wide receivers.”

On Miyan Williams and the running back room:

“Blessing and a curse of having a deep room there.”

“I think we’re getting there.”

“I do think it can be a weapon for us when used properly.”

On what stood out on the defense:

“We stopped the run. We changed the box up a little bit.”

“We got a little bit of the two-high [safety] stuff.”

“It really comes down to how many points you’re giving up.”

“He is learning a new system. He doe have talent.”

“We’ve always felt like we’re going to need several guys at that position.”

On developing a quarterback:

“The great ones… they’ve actually been on the scout team.”

“They learn about pocket presence and they feel rush in their face.”

On Akron, Ohio State playing to its standard:

“They’re going to come in here with a lot of energy.”

“We set the standard, and that’s what we’re going out to play for.”

“Both of those guys have been working really hard.”

Day said Johnson intercepted a pass at practice on Wednesday.

“You want that [resilience, toughness] in a young player.”