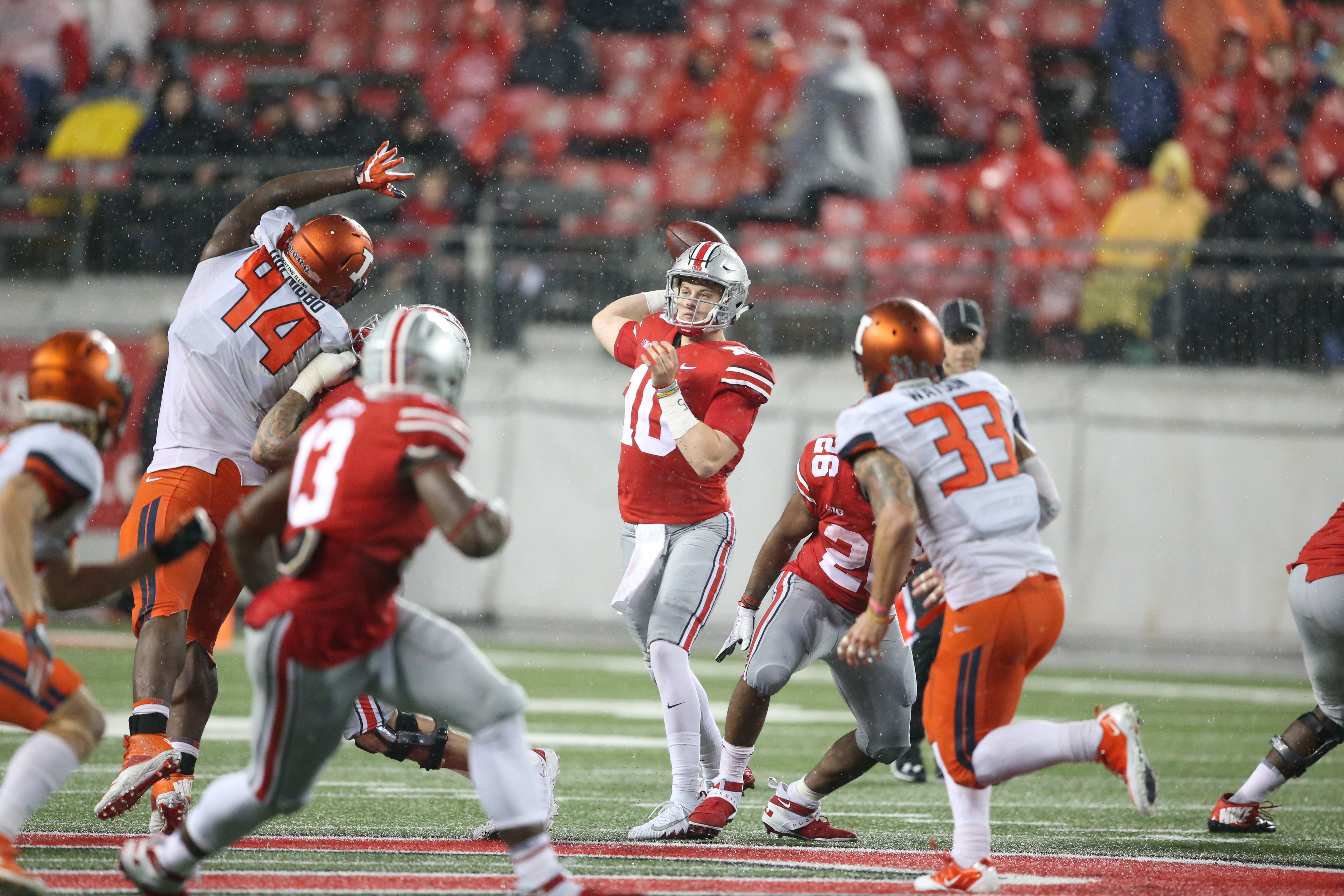 Two weeks into the recruiting process after Joe Burrow announced his transfer from Ohio State, the fourth-year junior has found his new home.

The quarterback has chosen LSU over Cincinnati, he confirmed Friday night.

Excited to be playing in Death Valley next season. Ready to get to work.

Tom Groeschen of the Cincinnati Enquirer first reported the news.

Breaking: #OhioState transfer QB Joe Burrow has picked LSU, according to highly-placed #UC source. Had narrowed it to LSU and #Bearcats.

The 6-3, 215-pound Burrow is immediately eligible as a graduate transfer with two years left. He reportedly visited the Bearcats on May 10 and then the Tigers in the days that followed over weekend.

The Buckeyes recruited Burrow as a four-star prospects from The Plains (Ohio) Athens in the class of 2015. Rated by the 247Sports composite as No. 280 overall player, No. 8 dual-threat quarterback and No. 11 in Ohio, he spent his three years at OSU behind incumbent starter J.T. Barrett.

In the spring, Burrow was in a three-way competition with third-year sophomore Dwayne Haskins and redshirt freshman Tate Martell. While no official announcement was made by Ohio State after spring camp, Burrow announced his intent to transfer at the end of the semester.

Burrow hardly saw the field across his three years off the bench, but the signal caller flashed his balanced ability in spurts of the 10 games he played. After he redshirted his freshman year in 2015, Burrow completed 29 of his 39 passes (74.4 percent) for 287 yards and two touchdowns to zero interceptions throughout the 2016-17 seasons.