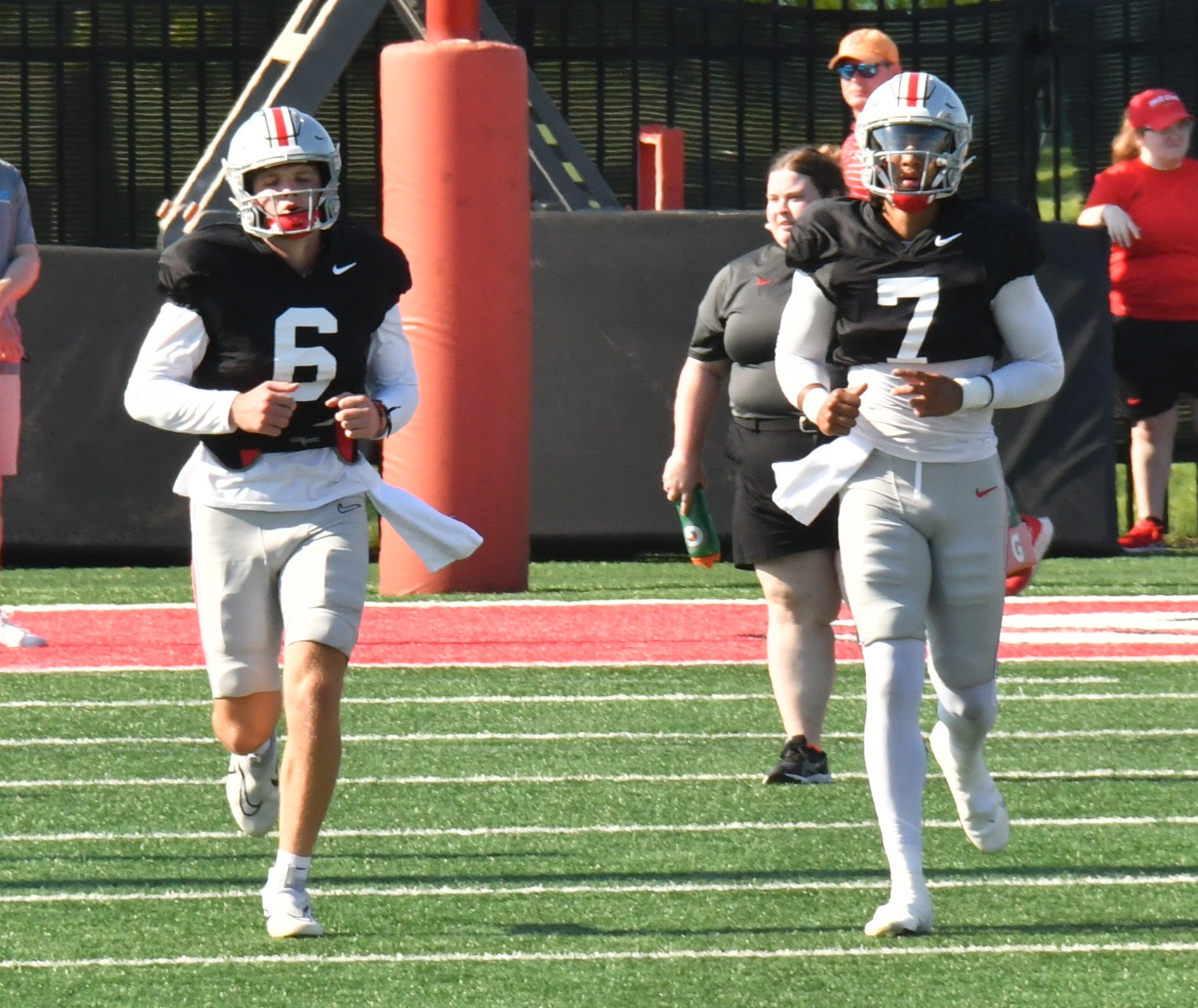 For just the second time in six seasons since Ryan Day arrived at Ohio State, he’ll be working with the same quarterback for a second consecutive season. Third-year signal-caller C.J. Stroud returns after a record-breaking campaign in the first season as a starter and will look to repeat as a Heisman Trophy finalist – and maybe even take home the hardware – in his second act as the Buckeyes’ leader on offense.

“When you think about guys who have played in the NFL for 15 or 20 years at quarterback, this is just year two for him (as the starter), and it feels great,” Day said. “You feel like you’ve got a guy who has been around for a long time. We’ve only had that one other time with Justin (Fields). It is exciting going into the season with a guy who has played a whole season under his belt.”

Depth at quarterback has been somewhat of a concern since Day arrived in Columbus, with Ohio State’s starting quarterbacks rarely backed up by anyone with game experience. Fields was an injury away from Chris Chugunov entering the game in 2019, and the Buckeyes have had true freshman as backups for the last two seasons.

Things are different this year, with sophomore Kyle McCord – who started a game last season when Stroud was out with a shoulder injury – and freshman Devin Brown, who enrolled early at Ohio State this past winter, providing a solid tandem behind Stroud for this season.

“We definitely have a healthy quarterback room, but the thing that I appreciate the most about the quarterback room is nobody’s comfortable,” quarterbacks coach Corey Dennis said. “Nobody’s worried about competition here or whatever, guys just truly – they want to get better and they want to work.”

McCord is the presumed backup to Stroud given his experience and time within the program, and he’s taken further steps this offseason to improve himself and prepare for a potential starting role next season.

“They’ve definitely made strides,” Stroud said. “Kyle, he’s been a lot more vocal. He’s definitely been way more comfortable in the offense. I’ve never thought he was uncomfortable, but the way he just approaches the game now like a pro, it’s definitely paying dividends for him.”

Brown, meanwhile, has only been on campus for a few months, but he’s made a strong impression in that short time. He likely won’t see the field other than late in some potential blowouts, but he’s shown promise that helps to ease any concerns about Ohio State’s depth at quarterback.

“Devin has done a great job,” Stroud said. “He’s a natural born leader, so he’s definitely done an amazing job just leading those young guys and taking those young receivers and getting chemistry. I’m excited to see what they become.”