Predictions: Ohio State Comes Out On Top Against Michigan 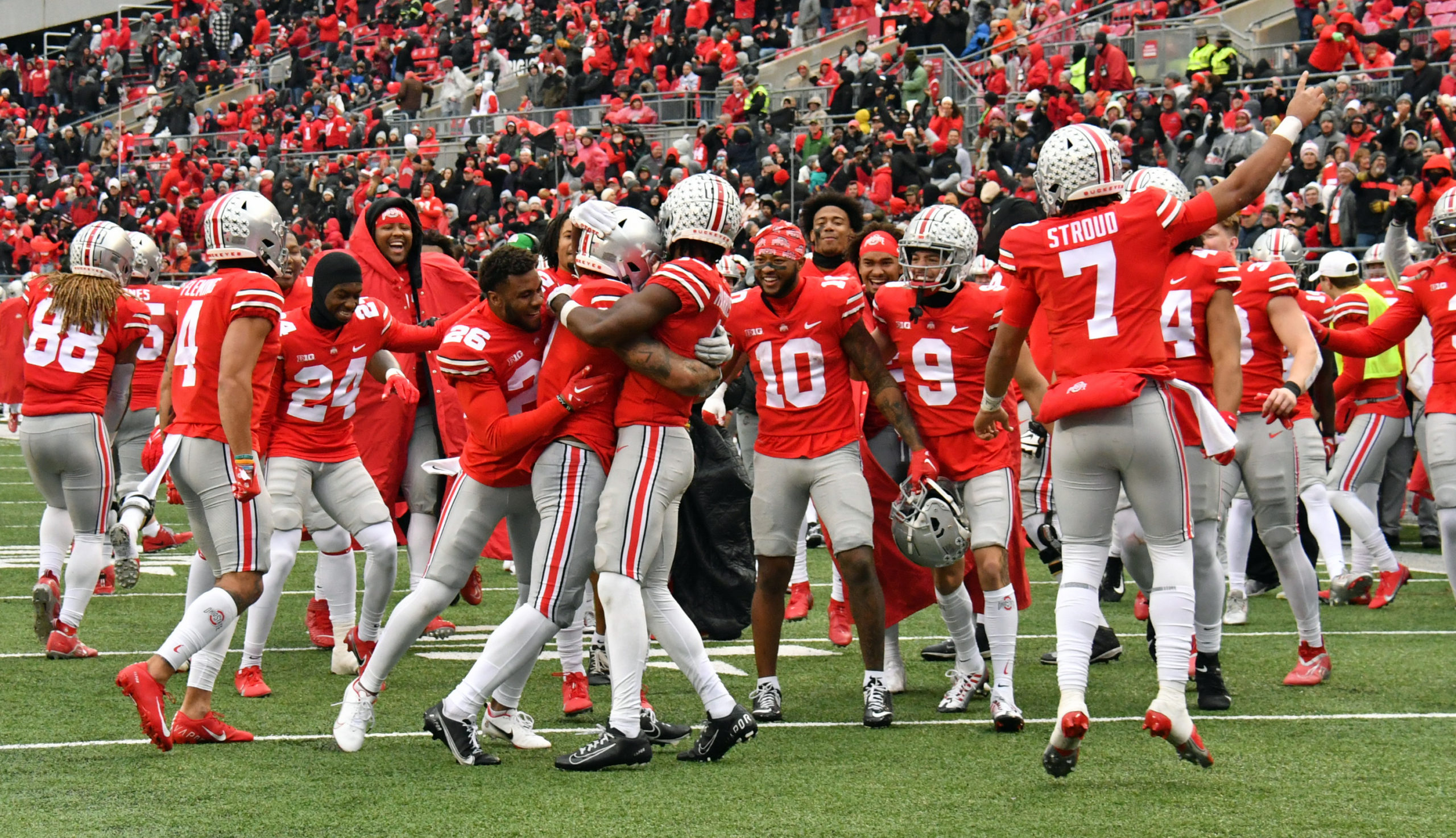 Everyone knows the stakes of this year’s rendition of The Game. The Big Ten Championship Game and a likely College Football Playoff berth are on the line in addition to the usual points of pride that come with this rivalry.

All the changes Ohio State made in the offseason have led to this moment. Ever since losing in Ann Arbor, Mich., a year ago, this contest has been on its mind. For me, it comes down to the trenches. Can the Buckeyes stop Michigan’s running game and force second-year quarterback J.J. McCarthy to beat them through the air? It may be made easier if running back Blake Corum is out or not at 100 percent, especially if his backup Donovan Edwards is also out behind him.

On the flip side, the Buckeyes need to establish a presence on the ground on what will be a cold and potentially rainy day in Columbus. I’ll be on the lookout for the types of downhill runs that have worked in recent weeks — as opposed to stretch or wide zone concepts — to set up play action.

Head coach Ryan Day and defensive coordinator Jim Knowles should both be rolling out plenty of wrinkles to help put their players in the best position to succeed. I see Ohio State winning a well-contested battle that comes down to the fourth quarter.

As has been the story several times in Ohio State’s long, illustrious history, everything comes down to this game. With a spot in the Big Ten Championship, alongside a likely appearance in the College Football Playoff, on the line, the pressure is on for the Buckeyes.

With vengeance on their mind after last season’s 42-27 loss to the Wolverines, the Buckeyes made wholesale changes to their coaching staff and defensive scheme all for this edition of The Game. Ohio State possesses a much-improved defense under first-year coordinator Jim Knowles, and as the statuses of Michigan running backs Blake Corum and Donovan Edwards are up in the air, the Buckeyes will likely not show the same ineptitude against the run as they did a season ago. Not to mention, Michigan lacks a dynamic downfield passing game — leading me to believe that we will not see the Wolverines break 40 points this season.

However, I’m also apprehensive to say that the Buckeyes will run away with this game on the back of their offense. Ohio State has shown cracks in its offensive foundation since its idle week, most notably with its lowly play during the early stages of games. The Wolverines also boast one of the best defenses in the country, ranking first in total defense (241.3 yards per game) and second in scoring defense (11.7 points allowed per game).

I don’t believe this game will be as high scoring as many of Ohio State’s games have been this season, however, the Buckeyes will avenge last season’s loss.

All the hype is there. The first top-three matchup between Ohio State and Michigan since 2016 and the first time both teams have entered undefeated since 2006, with a trip to the Big Ten Championship Game and likely the College Football Playoffs on the line.

Now, all that matters is that the game delivers, and there’s plenty of reason to believe it will. Michigan’s defense is among the country’s best while Ohio State’s offense has shown a similar domination on the other side. The Buckeyes have seen a renewed defense under first-year defensive coordinator Jim Knowles, while the Wolverine offense – which is hoping to have Corum back – has flashed at times, but has been inconsistent at others with McCarthy at the helm.

In short, it’s an even matchup between undefeated teams, and it should provide another classic instance of The Game. Ohio State has some additional advantages heading into this year’s contest, with a revenge factor likely motivating the Buckeyes as well as the game being played at Ohio Stadium, where the Buckeye faithful will certainly let Michigan know how they felt about last year’s loss.

This is still a very similar Michigan team, though, that knocked Ohio State off its perch last season. It will easily be the toughest opponent faced by the Buckeyes so far this season, and it’s no given that all the advantages going in Ohio State’s favor will lead to victory. It will take a team effort – from the plan by the coaches to the execution by the players – to avenge Ohio State’s loss, but this is a team talented enough to leave with a victory and keep the season rolling.