Potential Continuity In Secondary A Rarity For Buckeyes 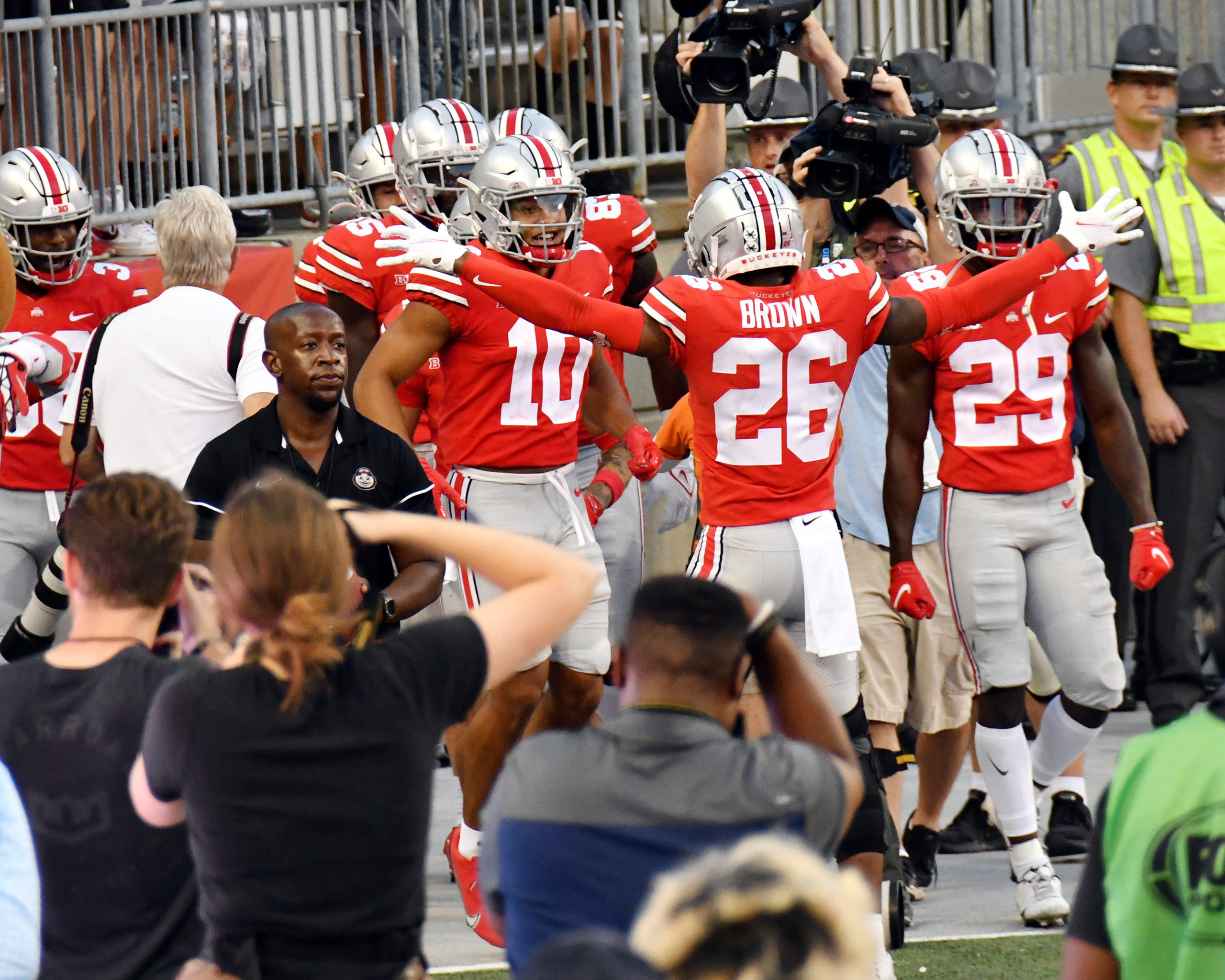 When Ohio State’s defense takes the field for the first time of the season against Notre Dame in 2022, it could do so with a more familiar defensive secondary than the program has seen in years. With cornerback Cameron Brown’s announcement of his intent to return to Columbus for one more season, the Buckeye secondary suddenly looks nearly set for 2022 and could be one of the nation’s most experienced groups after a season of growing pains in 2021.

Joining Brown in that secondary, assuming no surprise declarations or transfers, could be three 2021 starters, with room for a fourth player who has seen starting time in the scarlet and gray. Across from Brown, Denzel Burke is as cemented as a Buckeye starter as anyone on the team not named C.J. Stroud.

The freshman cornerback put on a stunning performance in 2021, bursting onto the scene as a starter from day one and starring for much of the season, even as he dealt with seasons in the back end of it. As he returns to Columbus for year two, he’ll do so as the unquestioned top player in his group, one of the youngest returning cornerback starters that Ohio State has ever seen, and a potential All-American candidate as the No. 1 cornerback for the Buckeyes with Brown slotting into the No. 2 spot he played in 2021.

“Garrett (Wilson) and Chris (Olave), in my opinion, are the best wide receivers in the nation, and they’re going to get me better,” Burke said. “If I don’t line up against them, how am I going to get better?

“I guard the best players in the nation (in practice), so going against other teams, I really don’t worry too much. I just know what they’re going to give me are not what Chris and Garrett are going to give me, or the rest of the guys here.”

In Brown, Burke has an interesting counterpart. A class of 2018 signee, he really didn’t hit his stride as a Buckeye until this, his redshirt junior season, as he dealt with consistent injuries. While the Arizona product will rehab in the offseason to avoid a similar fate, Brown seems to have come out on the end of his injuries as a legitimately strong option at cornerback, earning his starting job over fellow vet Sevyn Banks and a hoard of youngsters in the fall. In 2022, no such battles will trouble the St. Louis product with Banks saying that the Rose Bowl against Utah is likely his last as a Buckeyes and at least one of those youngsters, Ryan Watts, already gone.

“Injuries always set you back, you miss out on a lot of months of development. But the training’s been going really hard, trying to help me get out there and just keep going. I’m doing well right now … I had no issues with my Achilles at all for the past year. The other stuff, you saw me in the knee brace, but that’s nothing new. I don’t need to worry no more.”

Behind one of the self-described best cornerback duos in the nation, Ohio State has plenty more familiarity. Starting slot cornerback Marcus Williamson is one of only a few Buckeyes without remaining eligibility after this season, but he was in and out of the lineup for years, ceding time to 2020 signees Cameron Martinez and Lathan Ransom, both of whom will compete for that open job next season. The loser of that battle could be a transfer candidate, though if this season was any indication, there’s playing time to be had as a No. 2 at just about any non-Burke secondary spot.

In the safety roles, which new DC defines generally as a more true free safety and a rover (which is just his version the bullet), Ohio State should have its starters locked in from the jump. In the latter position, Josh Proctor was primed to be one of Ohio State’s most experienced leaders this season, but an injury against Oregon cut that short. Barring a change of heart, he’ll be back in the same role in 2022, and Ohio State will be able to trust him as a starter over Bryson Shaw as long as he can stay on the field.

Lastly, bullet Ronnie Hickman fits nicely into that rover role and could actually benefit from Knowles’ deployment of it, which is as more of a box safety than a hybrid linebacker, as he played this season. Hickman was asked to do quite a bit in Ohio State’s defense this season and though he easily led the team in tackles, it often looked as though he carried too much of the burden for the defense, allowing offenses like Michigan’s to make plays by keying on him and removing him from the play, forcing less versatile defensive backs to fill his place as a go-between for the run and pass defenses.

That gives (again, assuming everything goes to plan) four true returning starters and a fifth with starting experience in Ohio State’s secondary entering the 2022 season. It’s been quite some time since the Buckeyes had such a luxury.

In fact, Ohio State hasn’t returned at least four members of its secondary since 2008, when Malcolm Jenkins and Donald Washington bookended the defense at cornerback with Kurt Coleman and Anderson Russell behind them at safety. That bunch produced the nation’s No. 6 defense for points per game (13.9) and the No. 25 passing defense (183.5 yards per game) in 2008 after checking in at No. 1 (12.8) and No. 1 (150.2) in those categories the year prior.