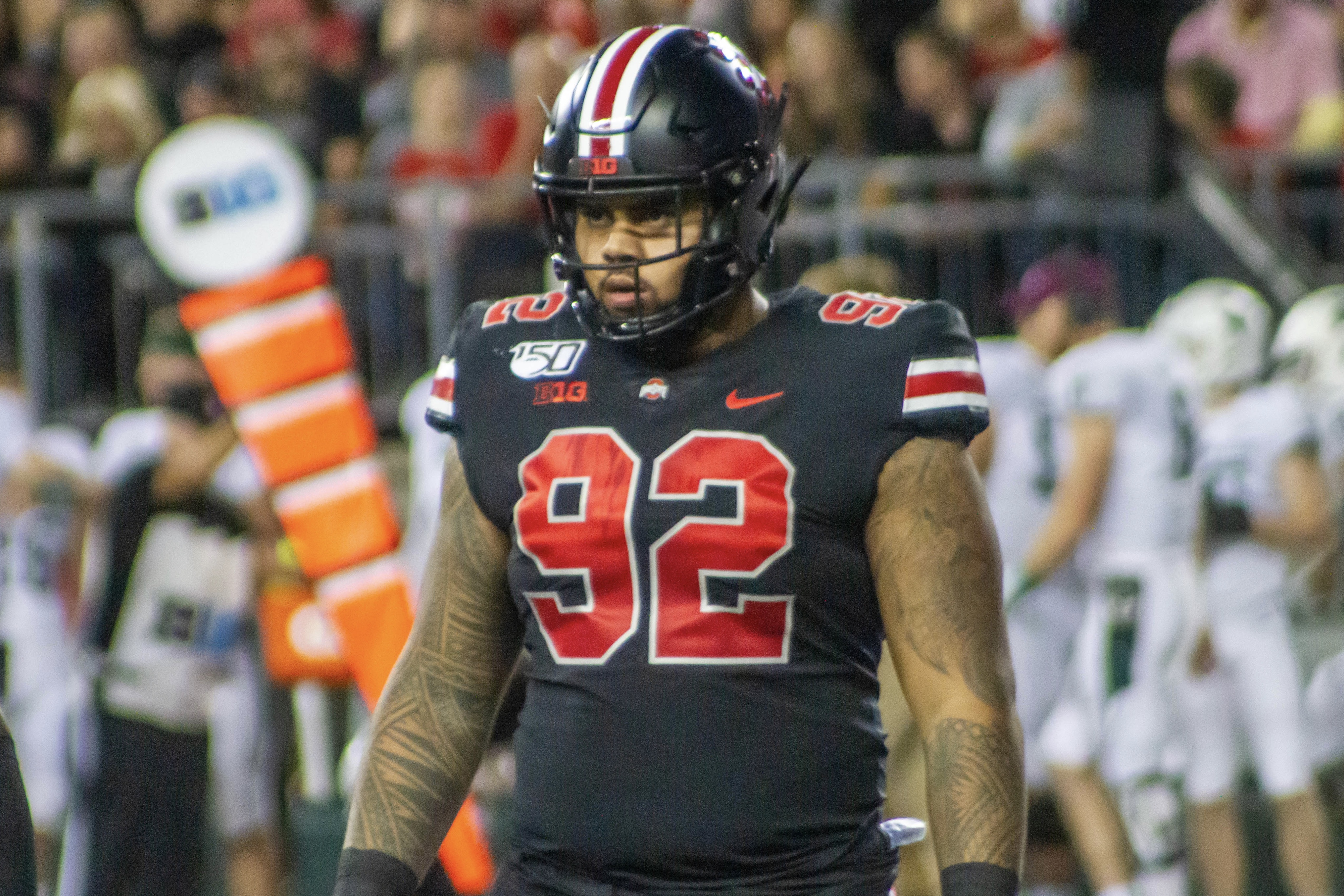 Ohio State defensive tackle Haskell Garrett told Columbus Police that he attempted to break up an argument when he was shot Sunday morning, according to a police incident report that was obtained by The Athletic’s Bill Landis.

According to the report, Garrett told police that he was walking toward Chittenden and Grant Avenue when he saw a man and a woman, both of which he did not know, “arguing and being aggressive.” He also said that, after telling the man to stop arguing with the woman, the man turned and fired a handgun, hitting Garrett in the face.

Following the incident, Garrett said that he ran south on Grant Avenue toward his friend’s apartment. Two others were interviewed by the police at the scene, including Ohio State linebacker Pete Werner, according to the police report.

Garrett was reported to be in stable condition Sunday following reports of a shooting shortly before 12:30 a.m. at the 400 Block of Chittenden Avenue. There, officers found blood in the street and a shell casing near the blood, and Garrett had a gunshot wound through both the cheeks on his face.

Ohio State head coach Ryan Day released a statement Monday applauding the care that Garrett had received at the Wexner Medical Center, and an Ohio State spokesman said that Garrett was discharged from the hospital later that day.

“Haskell Garrett has been receiving excellent care at the Ohio State University Wexner Medical Center for the injuries he received on Sunday. We anticipate he will be released from the Medical Center this morning,” Day said in the statement. “On behalf of his family and this football program, we would like to thank all those who have been a part of Haskell’s treatment and we are grateful that he will be heading home today. We will continue to help him and his family any way we can to expedite his recovery.”

The police have not yet provided any additional information on a suspect and the Columbus police felony assault unit is investigating the incident.