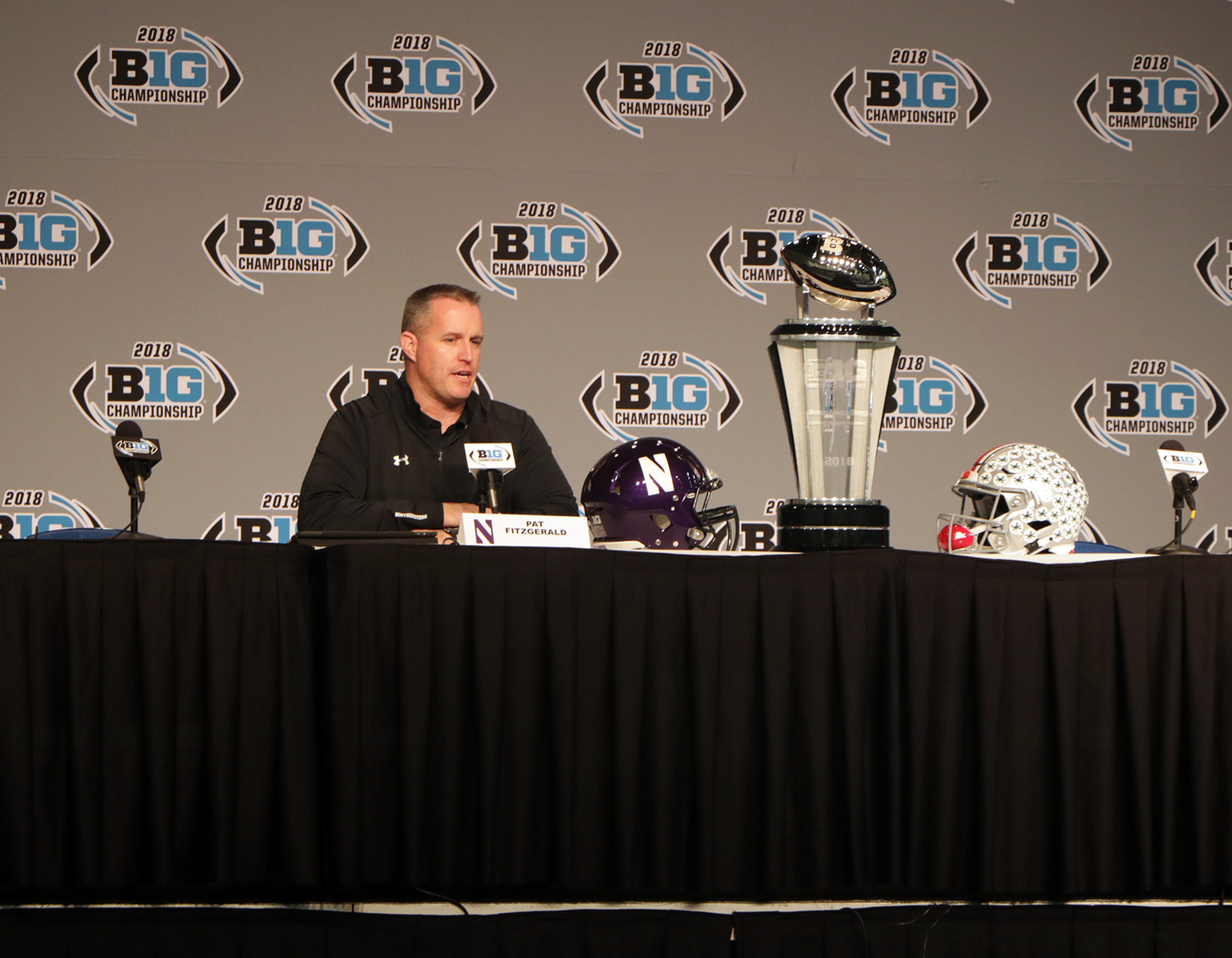 INDIANAPOLIS – Despite opening the season 1-3, Northwestern finished the season strong and reached the Big Ten Championship Game for the first time in program history, closing the regular season with an 8-4 record.

Pat Fitzgerald’s squad is on the verge of reaching the Rose Bowl for the first time since 1995, when Fitzgerald was a player. He met with the media Friday afternoon ahead of Saturday’s title game against Ohio State. What follows are the main takeaways from his press conference.