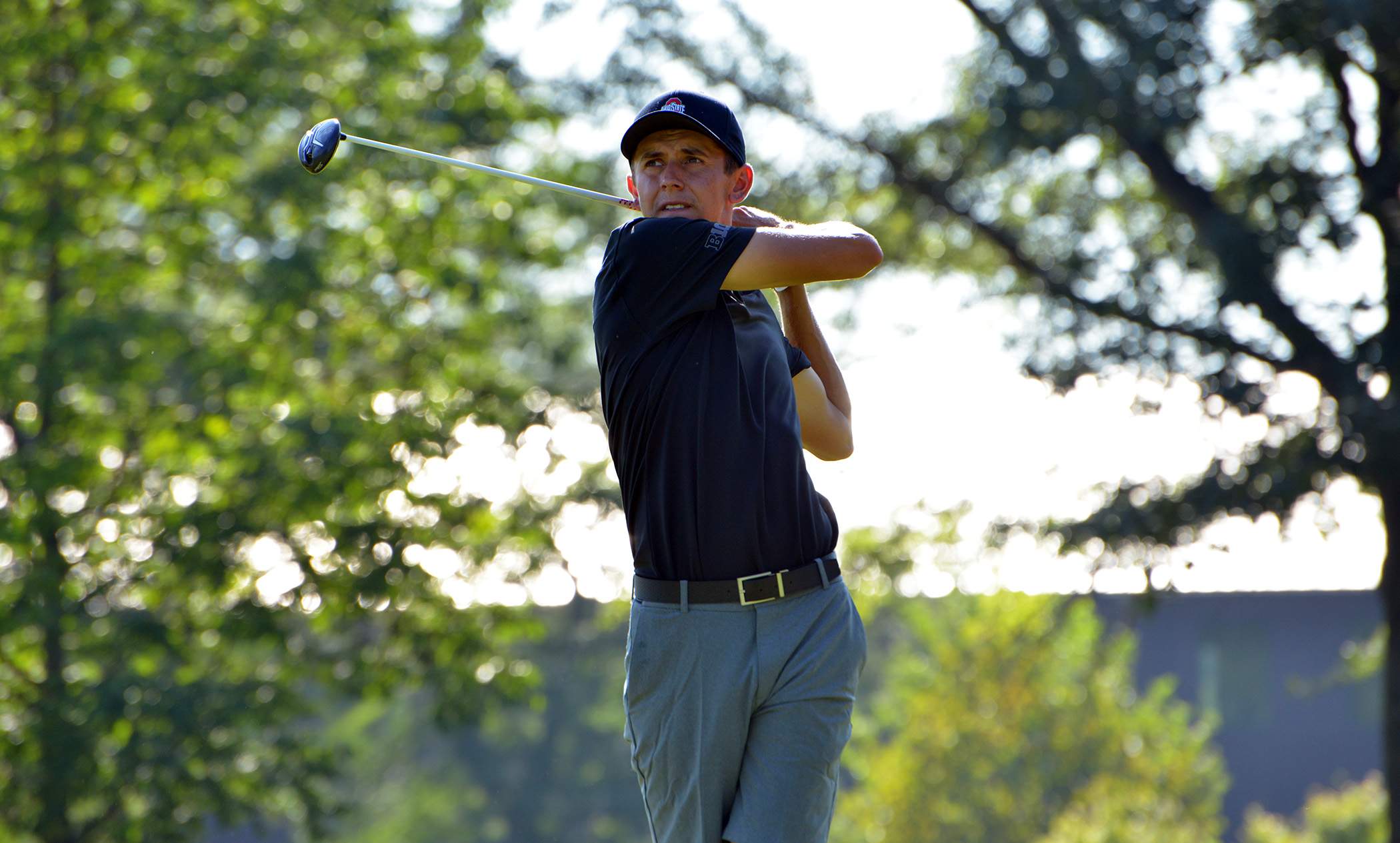 Ohio State seniors Daniel Wetterich and Will Grimmer earned All-Big Ten honors for their excellent performances for the Scarlet and Gray.

Wetterich, a Cincinnati, Ohio, native, was awarded All-Big Ten first-team honors for the first time in his career, leading the team with a 71.81 stroke average through nine stroke play events.

In the regular-season finale at Ohio State’s Robert Kepler Intercollegiate, Wetterich put together a round of 64, securing a six-shot victory, which was his first collegiate win. The round marked the seventh time that the former Xavier transfer scored in the 60s on the season.

Wetterich has five top-10 finishes on the season, including the victory at the Robert Kepler Intercollegiate and a second-place finish at the Musketeer Classic in his hometown.

Grimmer, who is also a Cincinnati native, earned All-Big Ten second-team honors, finishing in the top-10 on six different occasions, including the second individual title of his career.

An up-and-down senior season was highlighted by his 11-under finish at the Musketeer Classic where he dominated the field, winning by 11 strokes in front of a hometown crowd, and leading Ohio State to its first team win in more than four years.

The Cincinnati Mariemont product finished five tournaments at par or better, and his 72.12 stroke average ranked second on the team behind Wetterich. Grimmer, a U.S. Open qualifier, had nine rounds where he scored in the 60s and left his brilliant performance at the Musketeer Classic with a career-low 54-hole score of 202.

In addition to Wetterich and Grimmer, senior Caleb Ramirez earned a Big Ten accolade, being named the team’s Big Ten Sportsmanship Award winner. Ramirez, a Blythe, Calif., native, enjoyed a breakout season, finishing in the top-10 twice and recording career-low 18- and 54-hole scores of 68 and 208, respectively.

Next up for the men’s golf team is the NCAA Regional in Myrtle Beach, S.C., on May 13-15, marking the 49th all-time NCAA postseason appearance for the Buckeyes who look to advance to their 32nd NCAA Championships.

Ohio State is the No. 8 seed of the 14-team field. The top-five teams and the top individual from a non-advancing team will advance to the NCAA Championships.