OSU Could Still Be On The LB Hunt Beyond Trayanum 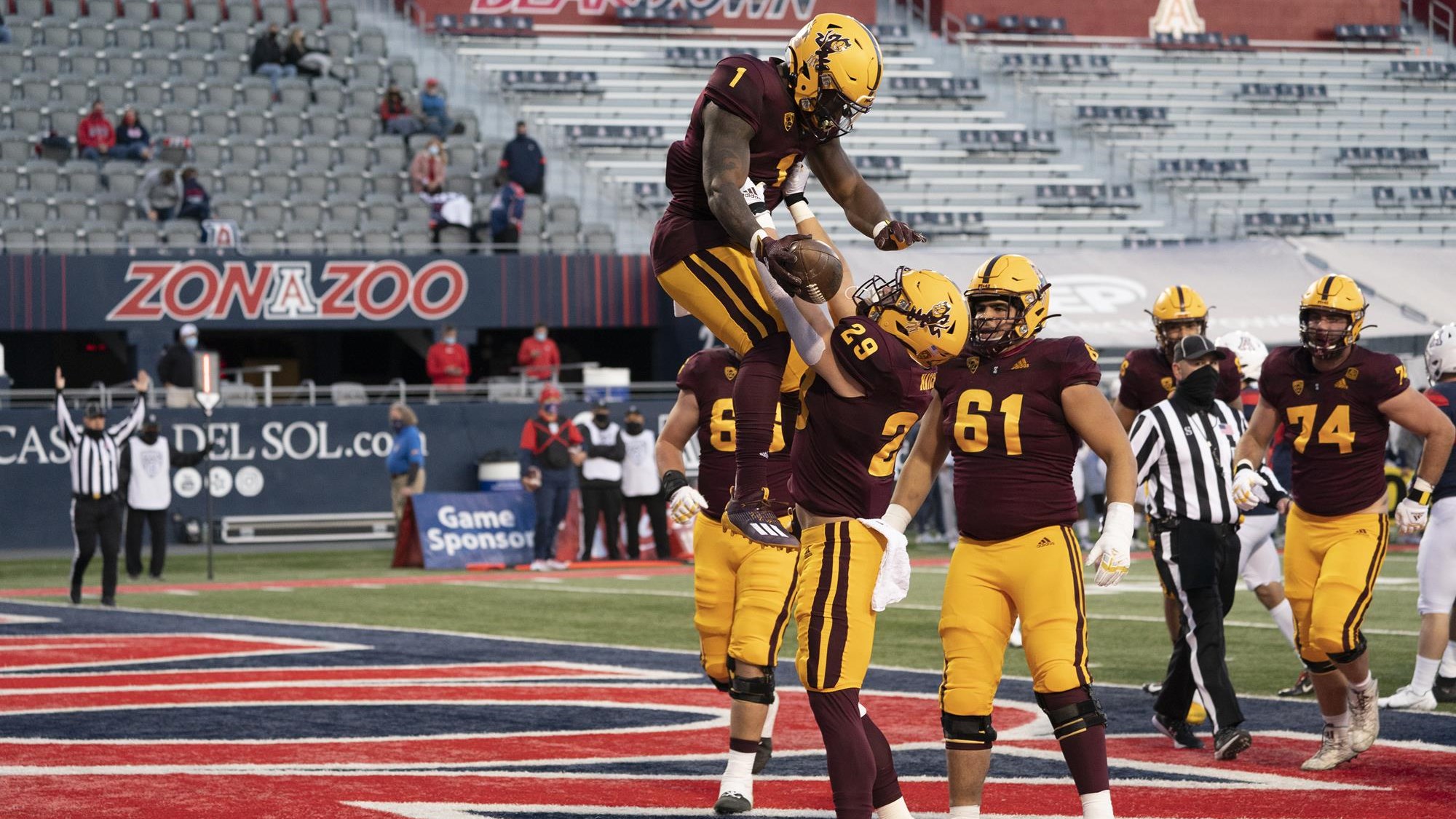 Ohio State landed a potential answer for some of its questions at linebacker on Christmas when it added a pledge from Arizona State transfer DeaMonte Trayanum – who played running back at ASU but will move to linebacker in Columbus – but the Buckeye may not be satisfied with only Trayanum moving forward.

Though many top targets in the portal are off the board, including UNLV’s Jacoby Windmon, Mississippi State’s Aaron Brule (Michigan State) and Ole Miss’ Mohamed Sanogo, Ohio State could still find more players to add into the room. But, the question is not yet who could fill those roles, but if those roles will exist. In Trayanum, Ohio State added a body it knew it needed into a previously thin linebacker room, banking on a high-reward, low-risk option as both a depth play and as a potential starter if he really pans out.

But anyone beyond him? That would be a result of attrition that the Buckeyes have not yet suffered, leaving Ryan Day and his staff in an interesting spot, especially as the top-end transfers continue to make their decisions. Adding more players before having a more steady idea of who plans to return could leave Ohio State with 10 or 11 linebackers in the fold – far more than Day’s target of about eight – but passing up on players like Maryland’s Branden Jennings or Terrence Lewis now could force Ohio State into the bargain bin down the road.

The questions here really lie with Ohio State’s senior pairing of Palaie Gaoteote IV and Teradja Mitchell, as well as a potential mystery transfer from the group of youngsters, though there’s been no indication of that headed down the pike beyond the already completed moves of Dallas Gant and K’Vaughan Pope.

If both players stick around, Ohio State would have 10 scholarship linebackers, which is right on the upper limit of what the Buckeyes are comfortable with, if not a little bit over. Adding a second transfer into that group would range from unnecessary to disastrous, and Day has alluded to as much repeatedly throughout December.

“For us, it’s critically important to know we’re going to look to bring in guys from high school, develop them at a high level, show them loyalty when they put work into the program, and then develop them to get on the field,” Day said. “I think it’s dangerous to live in the portal world. I don’t think it’s sustainable for the chemistry or culture of your team to be doing that. So if we do bring in somebody, it has to be deliberate. We have to think it all the way through. It has to be the right fit at the right time. When we’ve brought guys in, it’s been the right way.”

If the Buckeye do land with those 10 next season, sorting out a depth chart could prove just as difficult as the balancing game it faces in the personnel department right now. Steele Chambers seems to be as locked into a starting role as a player could be on this defense entering the reign of a new coordinator, and that new coordinator is only going to want two linebackers on the field.

That leaves one spot for the nine leftovers. Realistically speaking, redshirt freshman Reid Carrico and the freshman pairing of C.J. Hicks and Gabe Powers are unlikely to earn that job, which can whittle that number down to six. Gaoteote was a spot player for the Buckeyes this season, as was Mitchell, but it seems unlikely that they’d return if they didn’t feel they could compete for the job, so they can’t really be chalked off like those young guys.

There could be room for Mitchell Melton to jump into Jim Knowles’ Leo role, which would drop the number by one more, but that still leaves the seniors, Tommy Eichenberg, Cody Simon, and Trayanum to battle for the second spot, with only two more spaces in the two-deep beyond that. That means that two of those five are generally set to miss out on playing time, and that’s without factoring in any of the young guys. Unless there’s a star in the portal – an obvious starter next to Chambers – adding another body into that group just makes someone else upset.

But if the senior pairing and perhaps one of the members of that cluster decide to move on, either to the professional levels or to another program, a transfer suddenly becomes not just a nice luxury, but a near-necessity. Without the seniors, Ohio State dips to eight scholarship linebackers.

The trio of youngsters can still be assumed little more than spot contributors (though that may not actually be the case), leaving four non-Chambers players to compete for three spots, with one of those freshmen needing to roll into the third-team with whoever misses the cut. If the Buckeyes suffer a transfer from that group, it’s left with only a two-deep separating it from significant freshman playing time.

Is that a situation that Ohio State is comfortable running the risk of? It was in 2021, though not really voluntarily after the surprise in-season transfers of two players and several injuries throughout the year. With a healthy bunch, Ohio State would likely feel pretty good about any group of six it can form out of this roster as it would stand even without the seniors. But if the health wanes, as it did this year, issues could arise again.

Are the Buckeyes gunshy about avoiding that fate for a second straight year? Enough to pull another transfer, running the risk of an over-populated room? That’s a question that only Day can answer in the coming days and weeks for the Buckeyes.