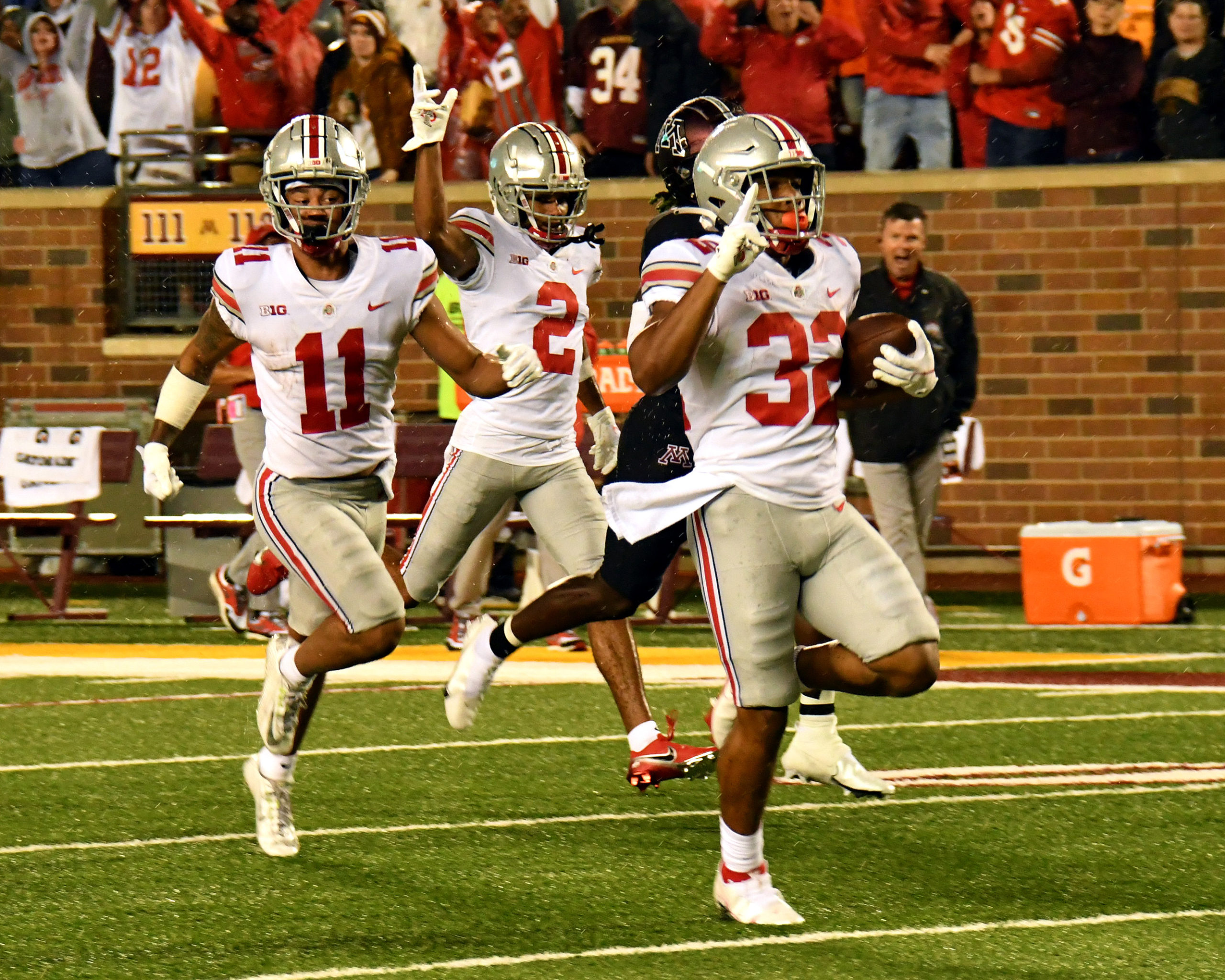 Ohio State has its first home game with a full stadium since 2019 on Saturday, but the matchup is no easy task.

The No. 3 Buckeyes are set to face off against No. 12 Oregon, who fell one spot in the Associate Press Top 25 poll after a closer-than-expected 31-24 victory over Fresno State.

Because of what he saw in that game, Ducks Illustrated Owner Jerry Thompson was not entirely confident in Oregon’s ability to be able to come into Columbus and pull off the upset, which would be the first time the Ducks have beaten Ohio State in their program’s history.

He spoke with BSB on that and more for a short preview of the team leading into the game.

What did you make of the Fresno State game and why do you think it ended up being much closer than predicted?

“Everybody that I talked to is really disappointed about the offense. Two the touchdowns came from defensive turnovers near or inside the red zone. They went 44 minutes with scoring just one touchdown out of the 60 and Anthony Brown made a couple of great plays at the end of the first half when he looked left camp looking left and then abruptly turned right and quickly threw the ball. I don’t think he had enough time hardly to see the receiver, Johnny Johnson, in the corner of the end zone. It was a perfect throw, so he’s got the talent. And then he made the right call to win the game basically.

“Anthony Brown, people are kind of down on him, I’m not. I like him as a starter. I’m not down on Anthony Brown, I’m down on the offensive play calling. The lack of creativity is troubling, and people speculate is that the head coach (Mario Cristobal), is that the coordinator (Joe Moorhead), what’s going on?”

Coming into this matchup with Ohio State, what are they keys if Oregon were to be able to pull off the upset?

“They adjusted their blocking in the fourth quarter according to Moorhead. And Ohio State’s defensive line I think might be a little different than Fresno State’s, but just like coaches do, before the Fresno State game they sounded like they were playing the old Pittsburgh Steelers. They play up every team as if they’re unstoppable.”

“So I would say start the game like Oregon finished it with the blocking, because the offensive line I think is other people’s biggest question mark. You’ve got the skill players, four-star wide receiver Troy Franklin did not play, he’s a little dinged up, but he’s scheduled to start the game. So hopefully we can get the ball to these receivers if we have enough time. The game is going to be a runaway quickly if the offensive line of Oregon doesn’t do their job by allowing time for play-action passes and protecting the quarterback so they’re not just scrambling or running the option every play. You have to have a running game, and there has to be balance, and there wasn’t balance there, statistically, against Fresno State. Hopefully Fresno State is better than it might appear.

“They also have defensive end Kayvon Thibodeaux. I mean I’d rather have a healthy player that can go 100 percent than the so-called All-American who is going 75 percent. I doubt they will play him if he is not 100 percent.”

What is your prediction for the game?

“My head says 49-10 Ohio State. There were six touchdowns on an average of 54.8 yards for Ohio State against Minnesota. Oregon needs to hit them at the line of scrimmage. You can’t let them get a full head of steam. That’s my head prediction.

“My heart goes back to the 2001 Fiesta Bowl with Joey Harrington, where Colorado just clobbered Nebraska and was still left out of the national championship against Miami, so it seemed like Colorado was going to clobber Oregon. And the Ducks went out there and pulled off the upset. This is the 10th game in the Ohio State-Oregon series, and Oregon has to win one eventually.”