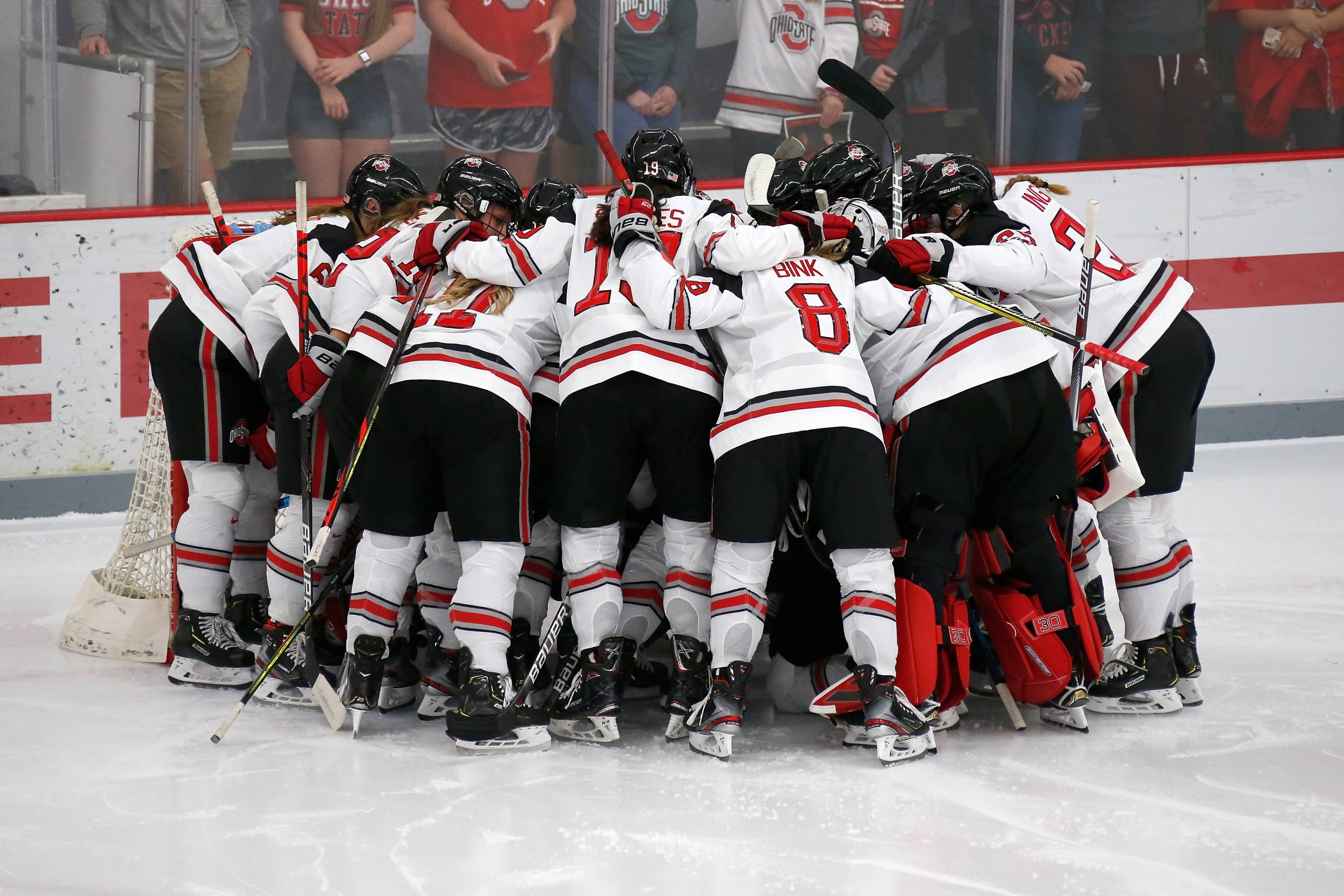 While the football team may have put on a show in Lincoln on the way to a 48-7 win, it was not a great week in the rest of Ohio State athletics. The Buckeyes went 4-4-1 on the week, though two of those wins came in expected fashion as the women’s hockey team opened the season. It was an especially brutal week for the women’s soccer and volleyball teams, both of whom suffered tough defeats against Big Ten foes.

There were actually supposed to be two women’s soccer games this week, but a matchup with Wisconsin during the week was cancelled thanks to inclement weather. With just one game to play, the Buckeyes struck out this week, falling 1-0 to Minnesota.

“Hats off to Minnesota,” Ohio State head coach Lori Walker-Hock said. “They have turned around the pain and suffering they’ve experienced to grind out a great win at home tonight. We looked like the team that had played on Friday. We were flat and have to learn from this, forget about it and move forward because that’s not who we’ve been all year. The best performance of the night was from Jordan Silkowitz in goal.”

Ohio State next plays Maryland at 7 p.m. on Thursday.

The men’s soccer team had a bit of a mixed bag week. A 4-1 loss to West Virginia on Tuesday was no surprise, but a scoreless tie against Northwestern is pretty good news for the Buckeyes, given where they were last year, winning just two games all season. The Buckeyes sit at 5-3-1 now on the season, and will take the field again on Wednesday against Michigan.

Men’s golf kicked off the 2019 season with two solid finishes at the Inverness Intercollegiate on Tuesday and Wednesday. The Buckeyes were seventh of 15 on Tuesday, and sixth on Wednesday, led by a 68 round from Felix Kvarnstrom. They teed-off their next invitational, the Nike Collegiate, on Sunday, and it will continue through Tuesday.

The volleyball team got off to a good start to the week, continuing their momentum from last weekend with a 3-1 win over Maryland on Wednesday, but the week turned sour on Sunday, with a loss in straight sets to Michigan. The Buckeyes sit at 8-6 after the loss, and will next play against Michigan State on Friday, where they will attempt to get back on track.

With high expectations for the season, Ohio State’s women’s team started its season the right way, with a weekend sweep of St. Lawrence. The Buckeyes cruised in game one on Friday, 4-1, thanks to goals from Sophie Jacques, Liz Scheppers and Paetyn Levis and a great game from goalie Andrea Braendli.

“Our big thing was coming out with a lot of energy,” Schepers said. “With the way things ended last year we really wanted to come out with that chip on our shoulder and prove that we’re a team that’s going to be tough to compete with every single night.”

The second game was far trickier, and required a late game surge from the Buckeyes to pull off a 3-2 win. The surge was powered by goals from Teghan Inglis, Madison Bizal, and, with just 56 seconds to play, Emma Maltais.

Ohio State will begin conference play on the road against St. Cloud State on Friday.

The field hockey team landed its first Big Ten win of the season, besting Indiana, 6-2. The week wasn’t perfect, with a 2-1 loss to Iowa on Friday, but that Sunday win was cathartic for the struggling Buckeyes. Nikki Trzaska, Mackenzie Allessie (2), Jessica Hourihane (2) and Tess Maloney all scored for the Buckeyes against the Hoosiers on Sunday. The 4-4 Buckeyes play next on Sunday against Ohio.

In the first cross country meet at Ohio State in more than a decade, the men’s team finished fourth out of eight teams at the Buckeye Preview on Saturday.

Ohio State was led by Aaron Wood, who finished sixth, and Luke Landis at 13th. The Buckeyes will next participate in the Big Ten Championships on November 3, in Columbus.