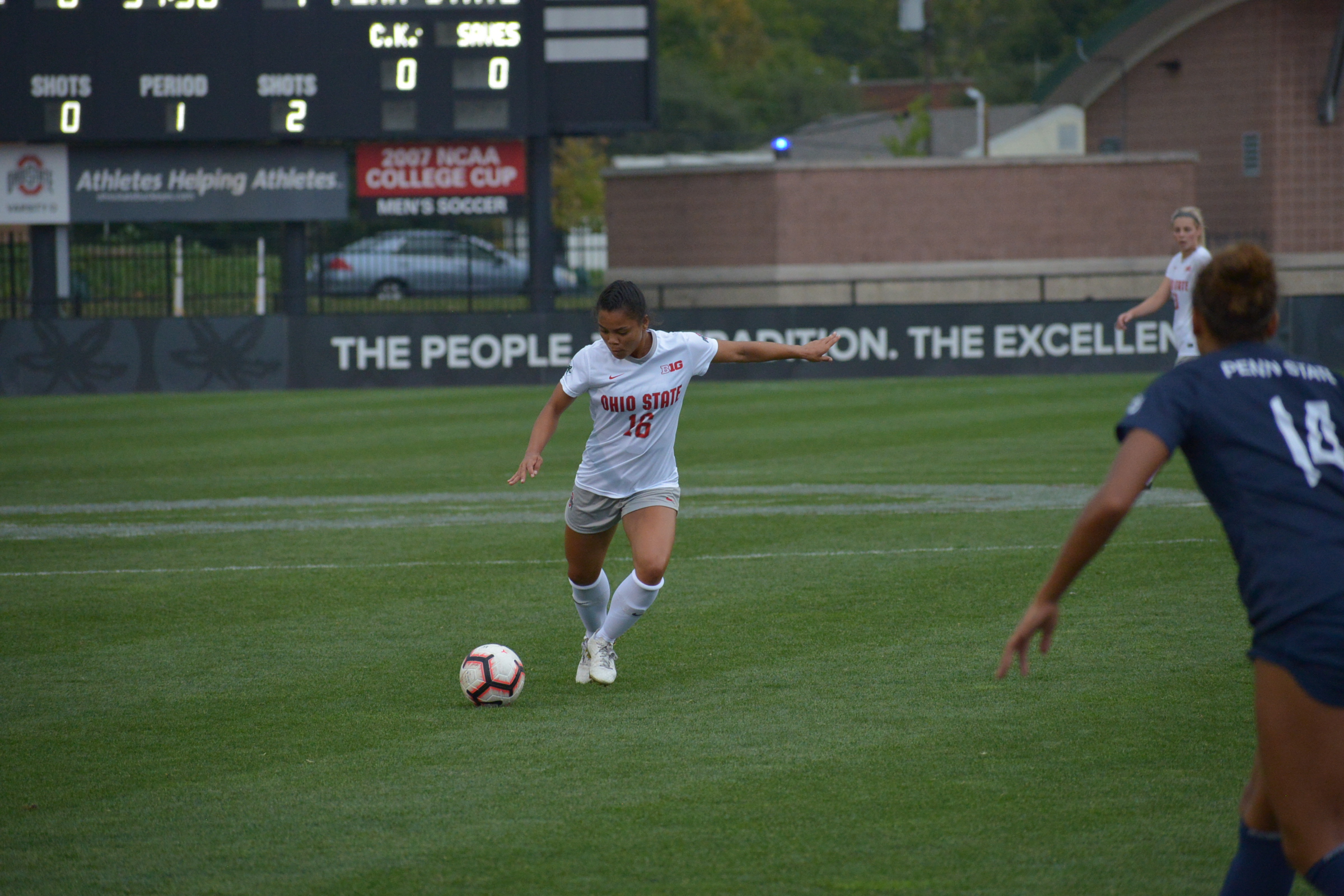 As the seasons truly start to turn from summer into fall, Ohio State’s fall season sports really get going, and this past week may have been the most significant yet for a number of sports. For some teams, like the men’s soccer team, that meant landing a massive Big Ten win. For others, like volleyball and women’s soccer, it meant a crushing defeat in a game that probably should have been a win. For the Olympic sports on the whole, Ohio State went 5-4.

The biggest win of the week was without doubt Ohio State’s 1-0 win over Rutgers in Piscataway, NJ., on Sunday. Rutgers is a very talented team, and against a still building Buckeye team, success seemed unlikely at best for Ohio State. However, thanks to a Samuel Buzzas goal in the 71st minute, the Buckeyes were able to steal a win from the Scarlet Knights. Now, the week wasn’t perfect, with a Wednesday loss to Michigan, 2-0, but the Buckeyes still have a winning record after the week, sitting at 6-4-1.

They take the field next against Cleveland State on Oct. 12.

The women’s ice hockey team couldn’t have asked for a better start to the season. After sweeping St. Lawrence to open the season, the Buckeyes have another sweep, this time over St. Cloud State. The first of two games went to the Buckeyes, 5-2, while the second went 6-2. Emma Maltais was the star, as per usual, and found the net a whopping four times in game one.

“It’s a team effort and some of Emma’s plays are individual but today everybody was helping her out and she gives a lot of credit to her teammates,” head coach Nadine Muzerall said of Maltais’ performance. “Everybody takes just as much pride as if it were their own. They’re a really close knit team and they want to win, but when you have somebody getting four goals, that doesn’t happen very often, let alone in our league.”

Game two was led by Tatum Skaggs, who added two goals in the second period to jump start the Buckeyes.

“I’m very proud of the girls efforts, especially scoring from numerous people this weekend to illustrate the depth that we have,” Muzerall said. “It’s tough when you’re outplaying an opponent and getting shots and not being rewarded with the goals, so it was nice to see that we can showcase that we could score.”

The team next takes the ice against Wisconsin, the defending national champions on Oct. 11 and 12.

It was a tough week for both the men’s and women’s golf teams. The men finished 15th (of 15) all three days at the Nike Collegiate Invitational, while the women landed 11th on day one and 12th overall (out of 15) at the Windy City Collegiate. The men were led by a solid 23rd overall finish by Grant Engle, who shot even par. For the women, Lauren Peter shot 1-under par and finished 11th.

“I am really pleased with Lauren’s progress. She is working hard on her short game and course management,” Ohio State director of golf Therese Hession said. “It has come a long way toward making her a complete player. We look forward to more good scores ahead.”

The men next play on Oct. 6 and 7 in the Jack Nicklaus invitational, while the women have a bit of a break, not playing again until Oct. 11, 12 and 13 for the Tar Heel Invitational.

The women’s soccer team essentially flipped their fortunes with the men’s team, winning early in the week, 1-0 over Maryland, but stumbling on Sunday with a 3-2 loss to Penn State. While the win, led by an early Olivia Petit goal was big, the loss to Penn State was more significant, given that the Buckeyes nearly pulled off a comeback, before falling just short.

“We’re learning something every game,” Ohio State head coach Lori Walker-Hock said. “Today we learned we have to dictate the level of energy we’re going to bring. Sometimes we wait until our back is against the wall. I’m proud of the way we fought back but that’s a tough hole to bring yourself out of. Outshooting Penn State is no easy task and I think taking some lessons from this game will continue to move us forward.”

The Buckeyes take the pitch next against Purdue, on Oct. 10.

There isn’t a team on campus struggling more right now than the volleyball team. Losers of three straight, they haven’t won a set since Sept. 25, getting swept by Michigan last week, only to turn around and lose in straight sets to Michigan State and Michigan this week.

The Buckeyes have fallen to 8-8, and take the court next on Friday, Oct. 11, against Rutgers.

After a quiet week to get some rest, the field hockey team crushed Ohio University on Sunday night, 6-1, to improve to 6-4 on the season. Mackenzie Allessie led the team with three goals.

The Buckeyes take the field next on Friday against Michigan.