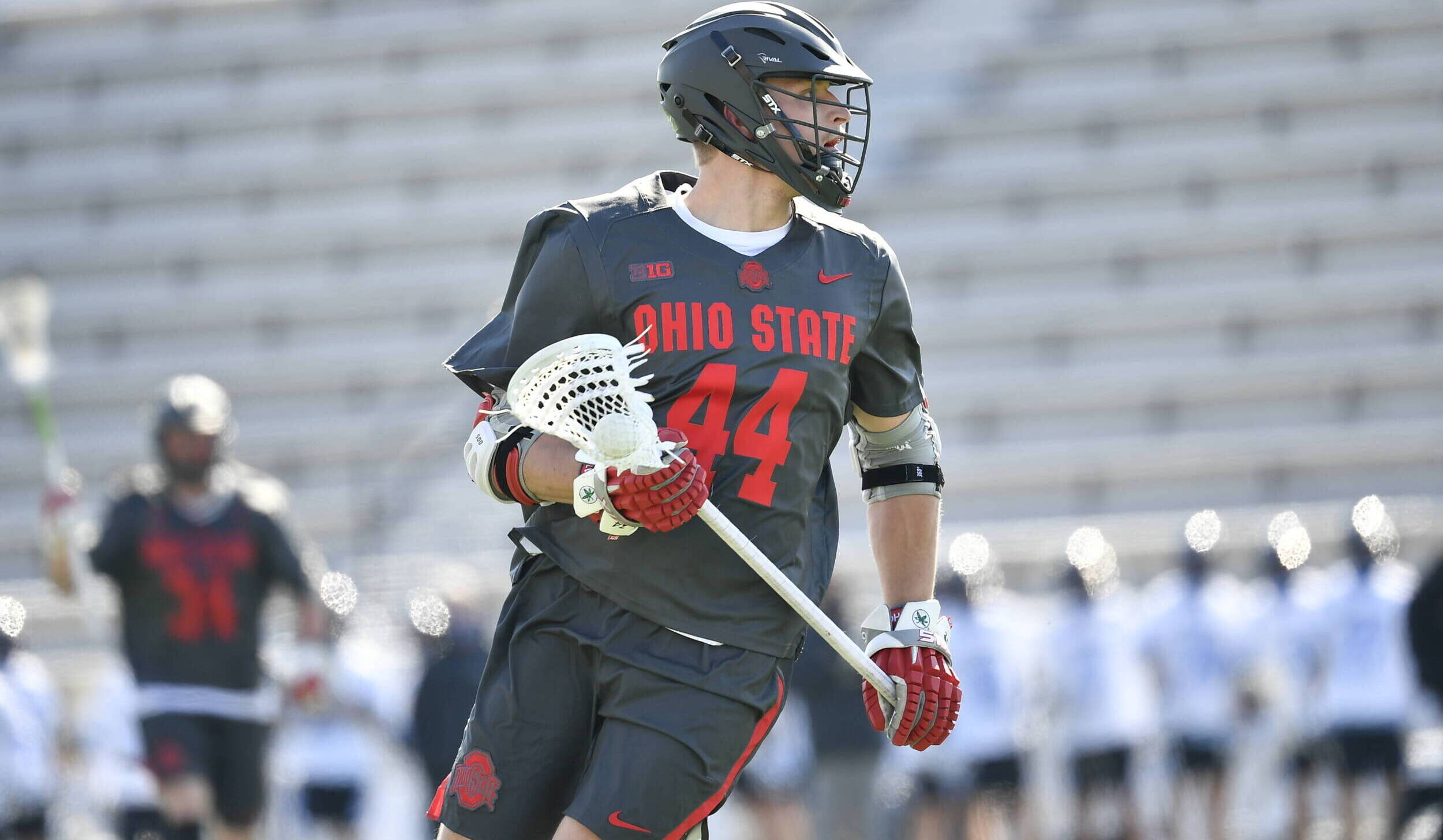 After its long, COVID-inspired hiatus, the Olympic sports recap has returned to break down all of the action at Ohio State in the past week, save for men’s basketball, women’s basketball, men’s hockey and wrestling, all of which have dedicated beat writers here at BSB.

The men’s lacrosse team opened its regular season with a resounding victory over No. 20 Johns Hopkins in Baltimore, giving the Buckeyes six straight season-opener victories.

Six players scored for the Buckeyes, led by four from Tre Leclaire. The Buckeyes also got hat tricks from Griffin Hughes and Jack Myers.

It wasn’t a close match from the beginning, and Ohio State never really looked back from that. The Buckeyes leapt out to a 6-1 lead and led by as much as 9-2 before finishing out the match with a 14-8 victory. The closest that Johns Hopkins got was 10-6.

“We’re grateful for the opportunity we had today to get back out on the field playing the game that we love,” head coach Nick Myers said. “So many people worked so hard to get us to this point.

“We had a plan on both ends of the field and knew we needed to settle into the game early not knowing what to expect from Johns Hopkins. Give credit to our men for executing. Back home and back to work for our home opener next Saturday.”

A day later, the Buckeyes again upset the Ramblers, this time in straight sets, 25-17, 25-22, 27-25. Jacob Pasteur found himself in the double digits for kills in both matches, with 17 in the first and 10 in the second, his seventh and eighth games in double-digits this season, respectively.

Led by six goals from Liza Hernandez and 13 saves from Jillian Rizzo, along with a Lindsay Epstein hat-trick and four points from Kelsey Reed, Ohio State was able to upset No. 9 Michigan, 15-12.

“I’m just so proud of the team for their effort and the discipline they showed all over the field,” head coach Amy Bokker said. “After a tough weekend we really reset ourselves. We worked together in our preparation for a great team win. There’s a lot of season left so we want to continue to build.”

The Buckeyes are now 1-1 on the year and will take on Rutgers next weekend.

No. 9 Ohio State made short work of No. 6 Illinois on Feb. 21, beating the Fighting Illini 4-1, giving the Buckeyes their fifth win on the season (5-1) and their eighth straight victory against Illinois.

The Buckeyes claimed the doubles point thanks to the pairings of John McNally/Robert Cash and James Trotter/Justin Boulais, which claimed 6-3 and 6-4 victories, respectively.

Full scoring of that match is below, provided by Ohio State.

Ohio State won its third-straight meet and put up a season-high 196.400 score in a tri-meet with Maryland and Penn State on Sunday. Ella Hodges claimed a career-high 9.950 score on the beam, while the Buckeyes took season highs on vault (49.175) and beam (49.225).

“This was an important road meet for us and a very exciting matchup with great Big Ten opponents,” said head coach Meredith Paulicivic. “It was a nail-biter to the very end and this team never stopped fighting. It was so much fun to come out of this meet with a big win.”

It was a very busy week for the surging women’s volleyball team, which now sits at 9-0 on the season after three wins on the week.

The action started against Maryland on Feb. 19, as Ohio State claimed a 5-2 victory. The Buckeyes won all three doubles matches, while taking four of the six bouts in singles play. The full scoring is below, courtesy of Ohio State.

Against Rutgers on Feb. 21, the Buckeyes didn’t drop a match, winning 7-0.

Ohio State competed alongside Michigan and Michigan State at the Silverston Invitational on Feb. 19 and managed to win in nine of the 11 track events that it entered. The Buckeyes did not send any field athletes.

Ohio State opened its season with a 1-1 tie in double overtime at home against Michigan. Sammi Woods opened the scoring for Michigan in the 30th minute, while Emma Sears closed it in the 68th off a Kayla Fischer assist. Ohio State vastly outshot the Wolverines (22-13), but keeper Hillary Beall stopped 15-of-16 Buckeye attempts on the net.

“It’s amazing to be back playing,” head coach Lori Walker-Hock said. “I think both teams really left a lot out on the field. There was a lot of physical soccer, which you would anticipate when the players are anxious and ready to play. I saw a lot of character on our team having to play overtime right out of the gate. I like where our fitness is and there is a lot we can move forward with and build on.”

Ohio State finished eighth at the Kiawah Invitational on Feb. 16, led by an outstanding debut for freshman Maxwell Moldovan.

Moldovan finished 10-under on the event, putting up rounds of 69-69-68 over the 54 holes, good enough to finish tied for fourth among all competitors.