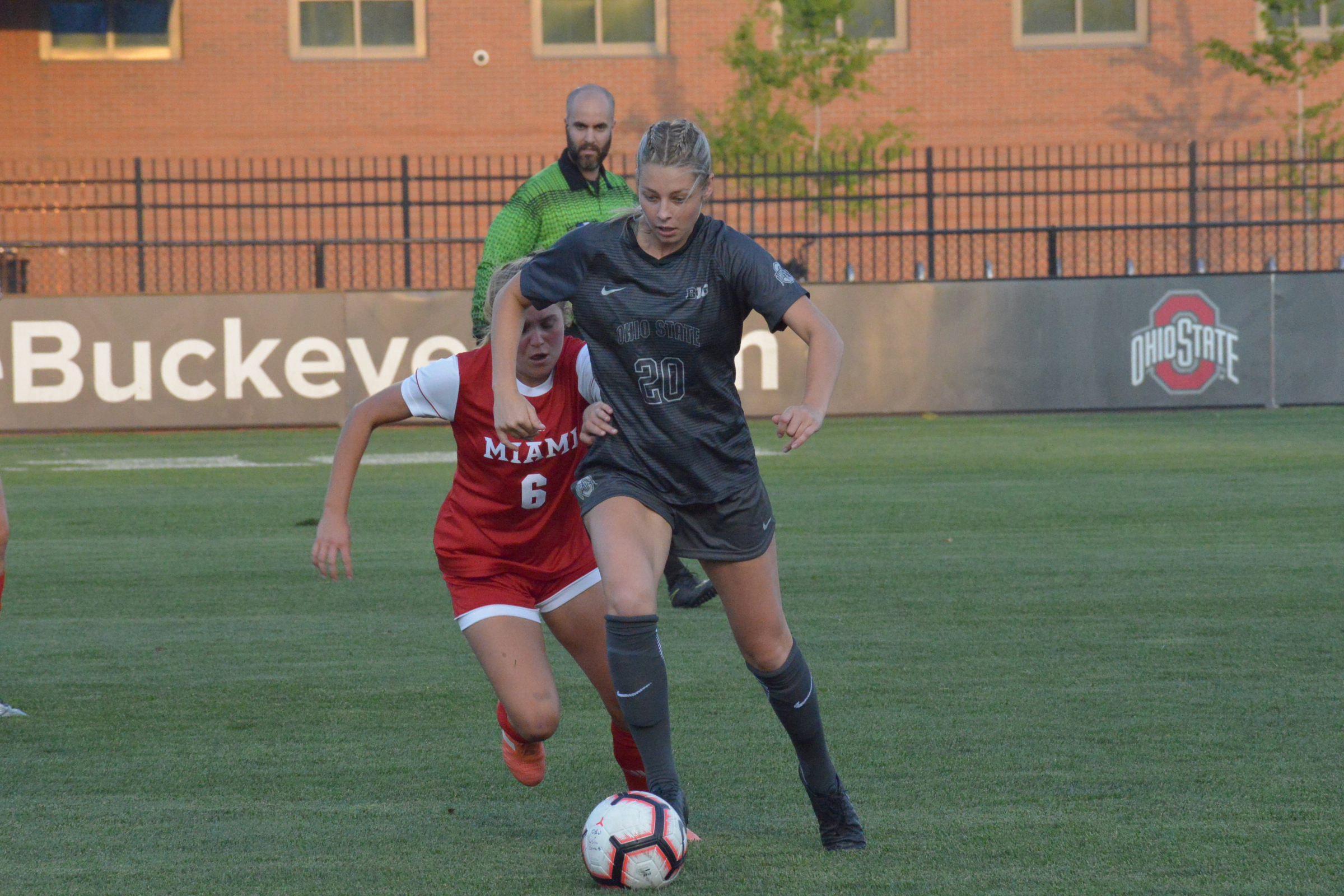 After a tough week from Sept. 1-8, Ohio State’s Olympic sports teams bounced back in a big way from Sept. 9-15, led by an excellent performance by the field hockey team, continued success from the men’s soccer team, and an overall record of 4-3, with two of the losses coming by way of women’s volleyball.

The week couldn’t have possibly started better for the field hockey team. In their matchup with Central Michigan on Sept. 13, the Buckeyes scored a school record 11 goals, in their 11-0 shutout. However, off that massive win, the Buckeyes were caught by eighth ranked Louisville on Sept. 15, 2-1, moving them to 4-1 on the season.

The field hockey team takes the field next on Sept. 20, against Northwestern.

The men’s soccer team has won four straight going back to last week, and appears to be far ahead of schedule in its rebuild under head coach Brian Maisonneuve. This past week, they toppled Bowling Green, 2-1, at Bowling Green. The Falcons entered the game as the nation’s number 24 team, and Ohio State was able to knock them off with a 64th minute Jack Holland goal. Holland and Devyn Etling were Ohio State’s two scorers, and have been instrumental in the turnaround this season.

It was a tough loss last week for the women’s soccer team, when they fell in a tight game to a ranked TCU team, but they were able to bounce back this week, with a 1-0 win over Miami (OH) on Sept. 13. Kayla Fischer gave Ohio State the lead in the 39th minute, and they were able to hold on for the victory.

““We take every game one at a time,” Ohio State head coach Lori Walker-Hock said. “It’s great to get a win but I wouldn’t say we played our best tonight. We moved the ball and were able to find a little bit of rhythm. Our focus was on playing fast, clean and being dynamic in the final third. We attacked from a variety of spaces. We got to the end line and took shots from distance but we have far too many shots sailing far and wide.”

They followed that up with a 3-1 win over Ohio on Sept. 15, led by goals from Fischer, Meghan Kammerdeiner, and Marissa Birzon.

Ohio State takes on Michigan State next, on Sept. 19.

The rough start to the season continues for the women’s volleyball team, as they lost two of three this weekend to fall to 4-5 on the season. The Buckeyes fell to Tulane 3-1 and Western Kentucky 3-0 on Sept. 13, but managed to get a win on Sept. 14 against Bowling Green, 3-0. The Buckeyes are set to play against Miami (OH) on Sept. 19.

The Ohio State cross country teams impressed at the Commodore Classic at Vanderbilt on Sept. 14. The men’s team finished seventh out of 15 teams, led by Aaron Wood, who finished 18th. The women’s team finished second of 20 teams, led by a fourth place finish from Lainey Studebaker and a sixth place finish by Abby Nichols. The Buckeyes came up just short of beating Ole Miss, short by just seven seconds and 16 points.