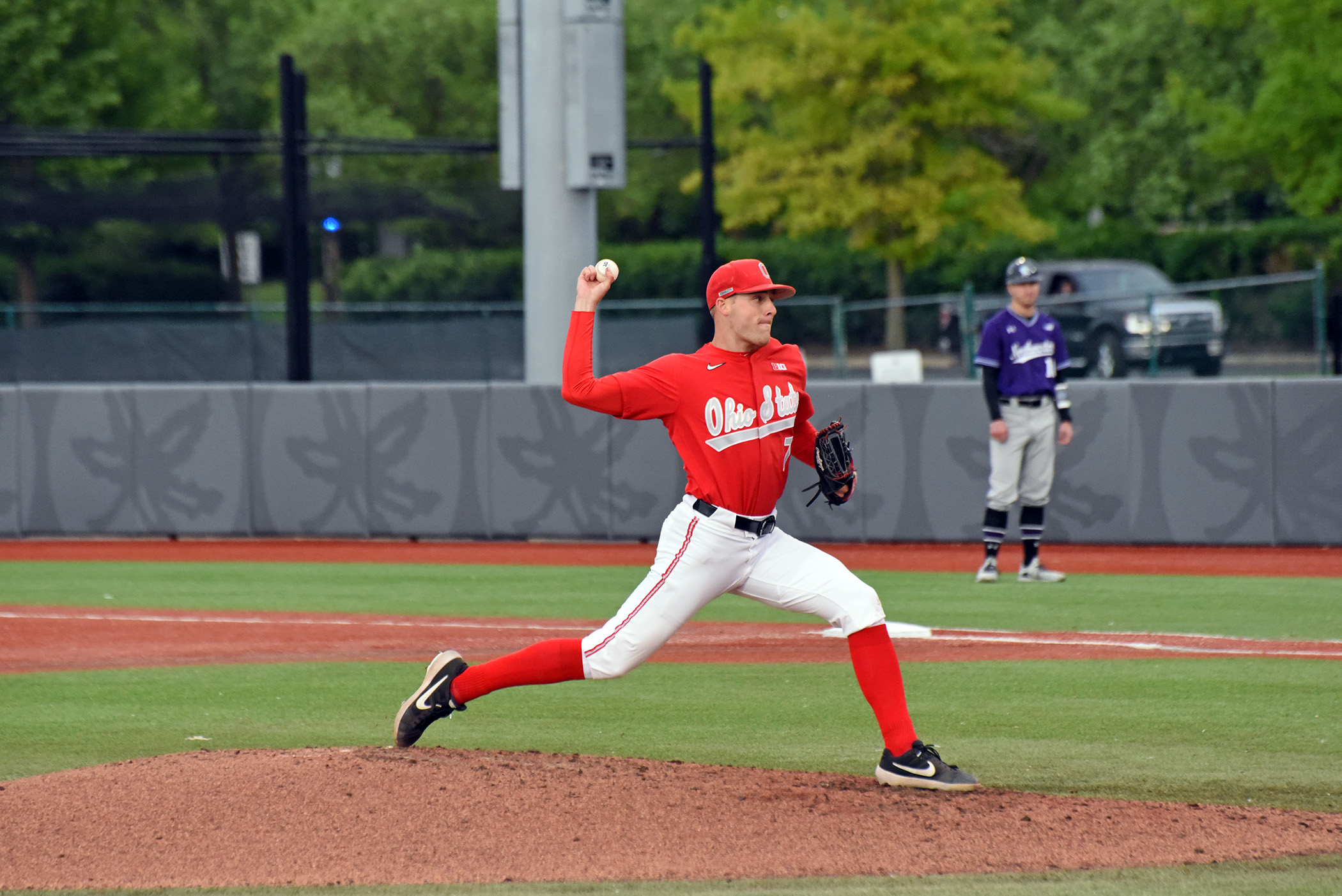 Ohio State saw its season come to an end on a positive note, with a 2-1 weekend series victory over Northwestern from May 28-30, finishing the year at 22-20, good enough for No. 6 in the Big Ten. The Buckeyes finished behind Nebraska, Maryland, Michigan, Indiana and Iowa. Without nonconference play to bolster its resume, no conference tournament and a weak strength of schedule, Ohio State wasn’t especially close to postseason consideration.

After a surprising postseason run in 2019, led by elite pitching, it’s been a disappointing pair of seasons for Ohio State baseball. The 2020 season lasted just 14 games, but a 6-8 start did not bode well for a roster that was hoping to make another postseason run. The 2021 group had similar expectations and again failed to live up to them. This wasn’t a particularly senior-laden roster – recognizing just five seniors on May 30 – but this star-studded core has yet to deliver on the level that it had been planning to.

Against the Wildcats, Ohio State took games No. 1 and 2 before dropping the final matchup of the season. That first game was the best of the bunch and saw the Buckeyes erase a five-run first inning for the Wildcats as they staged a monstrous comeback to claim a 13-10 win. It was a rough showing for starting pitcher Seth Lonsway, who surrendered seven runs in 3 2/3 innings of work, but Will Pfenning, Patrick Murphy and T.J. Brock helped to clean up for him.

Also helpful: a pair of home runs and a third hit from shortstop Zach Dezenzo, who racked up 6 RBI. Archer Brookman’s two-run home run in the third inning helped to spur a four-run inning for the Buckeyes.

Game two saw Dezenzo star again for the offense, while Garrett Burhenn delivered a gem on the mound in a 4-1 win. The former walked twice and launched a solo home run in the fourth inning. He scored a run when he was hit by a pitch in the first inning as well.

Meanwhile, Burhenn allowed just five hits and a run in six innings of starting work, walking one batter and striking out 11. Brock claimed a second consecutive save.

Northwestern claimed game three 8-2, taking an early 5-1 lead and never looking back. The Buckeyes recognized bullpen seniors Joe Gahm, Murphy and Jake Vance and senior batters Conner Pohl and Scottie Seymour at the senior day festivities and posted each name on the lettermen wall at Bill Davis Stadium. Given that Colton Bauer, Brookman, Griffan Smith, Brent Todys and Sam Wilson weren’t recognized (but are seniors), it seems that they may be returning for the COVID year.

Ohio State saw 12 of its track and field athletes qualify for NCAA Championships over the weekend at the NCAA East Prelims in Jacksonville, Fla. The men’s team will have four representatives, while the Big Ten champion women’s team will send eight.

Adrian Curry, Eric Harrison, Tyler Johnson and Kainnan Ramsey will travel to Euegene, Ore., for the men’s team. All four will partake on the 4×100 relay team after a sixth place finish, while Johnson will compete in the 400 meters after finishing in fourth place. Harrison took sixth overall in the 200 meters.