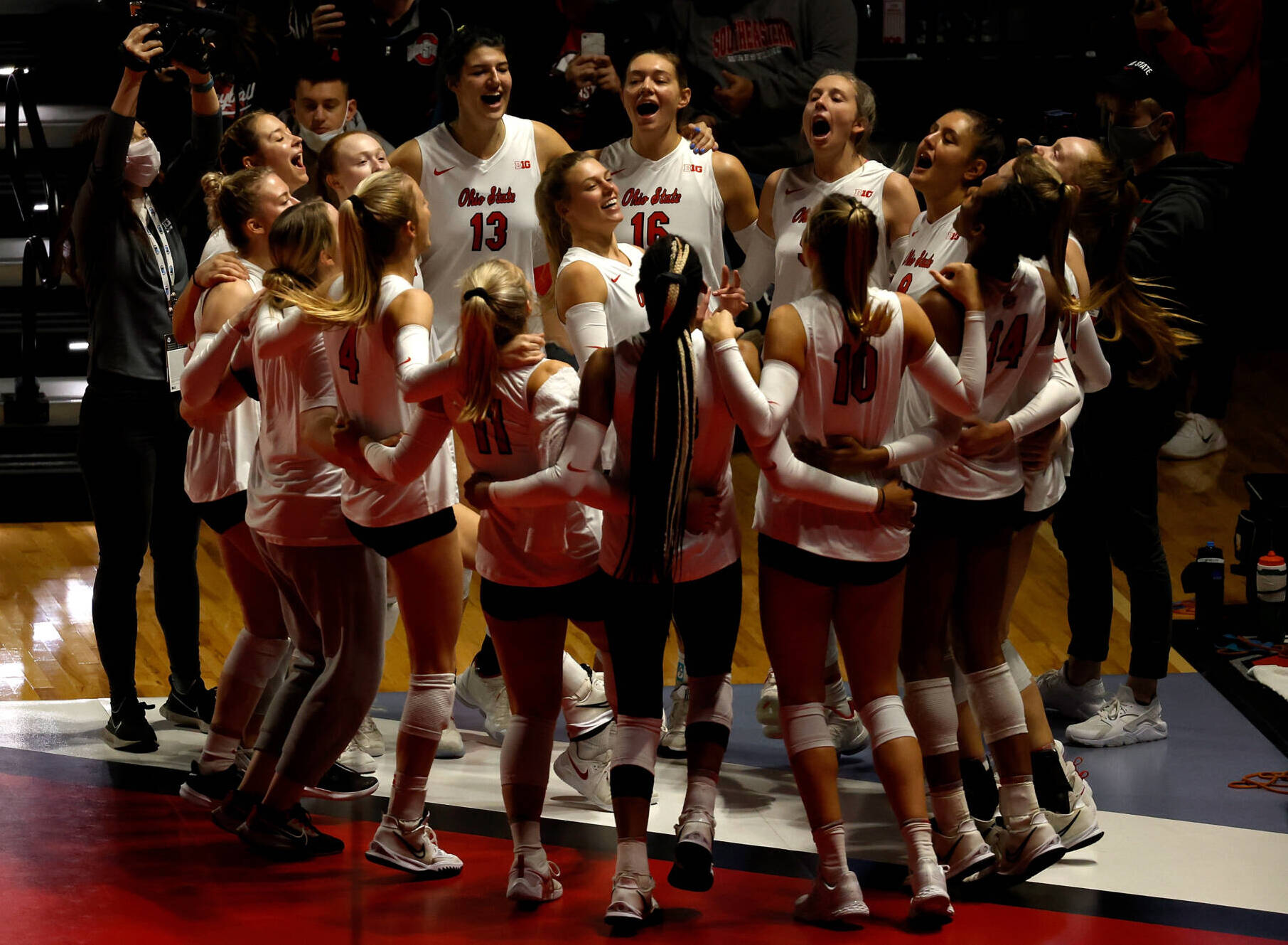 The No. 9 Buckeyes (27-5) claimed a win on Friday night against Howard before their victory over the Volunteers. Both games were played in front of a jam-packed Covelli Center full of Ohio State students and fans.

Gabby Gonzales (15), Emily Londot (13) and Rylee Rader (10) all reached double-figure kills against Tennessee, while the Buckeye front line got 10 blocks as a team for the ninth time this season. Kylie Murr is now tied for fourth in program history with 1,394 digs, while Arica Davis, who recorded eight blocks, moved into second in program history with 132 block assists and sixth in total blocks (142) in a single season.

Jen Flynn Oldenberg’s squad will play again on Thursday when they travel to Louisville, Ky., to face eighth-seeded Georgia Tech in the NCAA Regional Semifinal.

Forward Liz Schepers scored on the team’s first power play at 12:13 into the first period, taking advantage of a rebounded shot from forward Paetyn Levis to give Ohio State its first lead of the weekend. With under five minutes to play in the period, Levis collected a loose puck for a goal, burying Lauren Bernard’s rebounded shot to build the Buckeye lead to two.

The Buckeye scoring spree continued right out of the first intermission when forward Lexi Templeman netted her first goal of the game at 1:18 in the second period. Defenseman Sophie Jaques sent a pass across the neutral zone to Templeman, who finished the one-on-one situation.

In the final frame, Ohio State added three more goals as defenseman Riley Brengman scored 5:08 into the period off assists from Schepers and Jaques. Templeman scored her second goal at 7:10 with assists from Levis and forward Clair DeGeorge.

Minnesota Duluth managed to get two by goaltender Amanda Thiele in the third period but forward Jenna Buglioni sealed the deal for Ohio State with an empty-net goal at 1:03 on the clock.

Over the weekend, seven student-athletes represented Ohio State at the 2021 U.S. Open Championships in Greensboro, N.C.

Charlie Clark broke a school record in the 800 Free in the championships’ opening event, and Hannah Bach won the 100 Breast.

Bach earned the first national win of her career in the 100 Breast on Friday. She touched the wall in 1:09.01 — 1.27 seconds ahead of the second-place finisher. The junior also raced in the 200 Breast on Saturday, finishing in a time of 2:45.57 in the B final.

Teresa Ivan raced in three events, including the 50 and 100 Free and the 100 Back. In the 50 Free, the freshman earned a spot in the B Final after posting a time of 26.17 in the morning prelim session. She took fourth in the B final and improved her time for a 26.08 finish.

Ohio State returns to team competitions in the new year, welcoming Texas and Kentucky to McCorkle Aquatic Pavilion on Jan. 14 and 15.