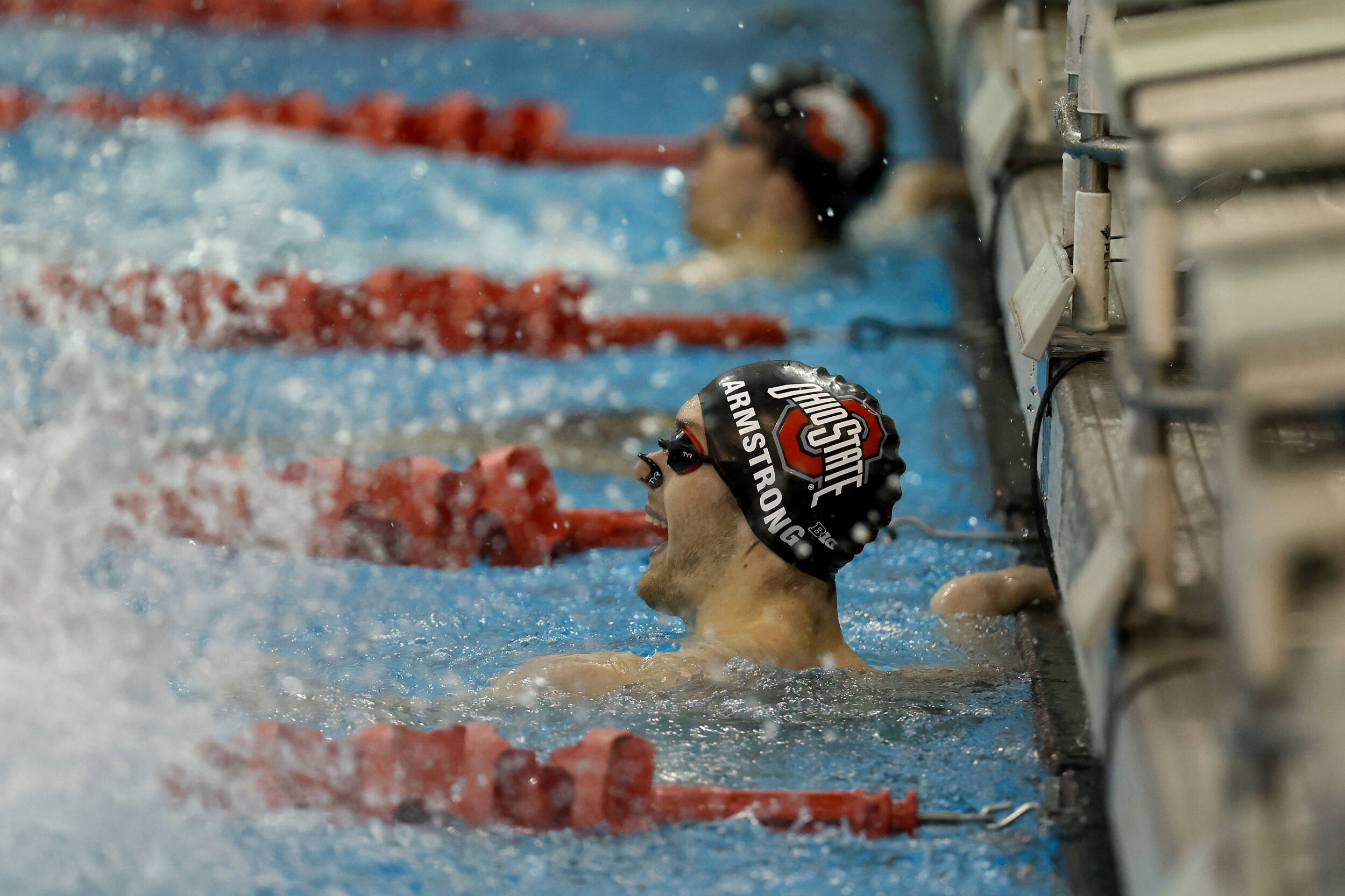 Ohio State swimming’s Hunter Armstrong became a world record holder at the Phillips 66 International Team Trials on Thursday when he won the 50m backstroke in 23.71 seconds.

Armstrong beat the previous world record by 0.09 seconds, and he won the event by over two-tenths of a second.

On April 30, Armstrong returned to the water for the 100m backstroke. Following his record-breaking performance, the junior Buckeye won the event at a school-record pace of 52.20 seconds. His time was the fastest in the world this year, and he bested world-record holder Ryan Murphy in the swim.

With the collection of wins, Armstrong qualified for the 2022 FINA World Championship that will take place this summer. After setting American and U.S. Open records in the preliminary sessions, he set the tone for his races. The Dover, Ohio, native is quickly becoming one of the nation’s best swimmers, and he might be entering the world conversation after the summer season closes.

“I told Hunter after the (50m backstroke) swim to stay humble and stay hungry,” Dorenkott said. “He will always be the small-town kid from Dover, Ohio. Now, he happens to be a world-record holder. Ohio State boasts an aquatic legacy in swimming, diving and synchronized swimming that rivals any program in the world, and we have one of the finest staff in the country. We are just getting started.”

Charlie Clark and Amy Fulmer also broke records at the International Team Trials. Clark finished off the meet with a second-place finish in the 800m freestyle. His 7:50.07-second race lowers his previously held school record by over eight seconds. The Sandusky, Ohio, native earned two second-place results over the weekend, including a Buckeye-record 1500m freestyle win.

Fulmer clocked a personal-best in the 50m freestyle with a 25.60-second finish. She also broke the women’s 100m backstroke school record to bring the Ohio State record to eight at the International Team Trials.

After the Phillips 66 International Trials, Dorenkott was added to the USA Swimming coaching staff as an assistant for the 2022 World Championships. He will serve as one of five assistant coaches for the United States.

The 2022 World Championships will be Dorenkott’s fourth time coaching with Team USA on an international coaching staff. He was an assistant coach at the 2001 World University Games in Beijing, the 2003 Pan Am Games in Santo Domingo, Dominican Republic and the 2007 Japan International Grand Prix in Chiba, Japan.

Several Ohio State wrestlers competed at the U.S. Open in Las Vegas over the weekend, including nine current Buckeyes and three incoming recruits in the class of 2022.

Dylan Koontz also represented Ohio State at the U.S. Open. He placed third overall in the Senior Greco-Roman 60kg bracket after recording a 3-1 record. He has one additional year of eligibility at 125 pounds if he chooses to return to Columbus next season.