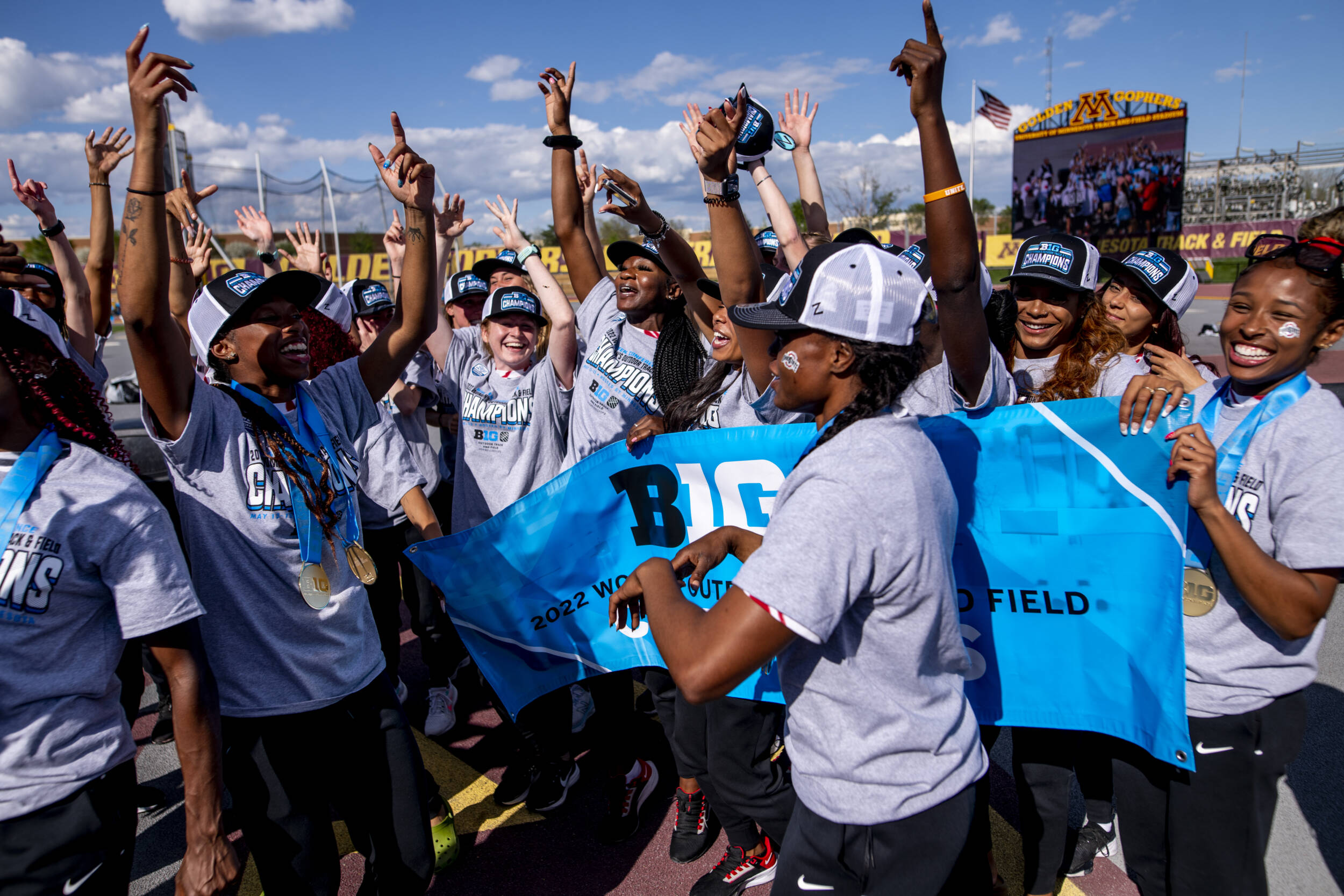 The No. 9-seeded Ohio State rowing team won the Big Ten Championship on Sunday, placing first in four races and second in three others. It’s the 10th conference title in program history, including eight of the last 11 years (not included 2020, which was canceled).

Ohio State and Michigan battled throughout the afternoon, and the Buckeyes were able to claim the Big Ten title in a photo finish – winning by just 0.6 seconds – to edge the Wolverines in the first varsity eight race.

The Buckeyes will find out their fate during the NCAA Rowing Selection Show on Tuesday at 5 p.m., with the NCAA championships set for May 27-29 in Sarasota, Fla.

Ohio State won in the 4x100m relay, with Yanique Dayle, Anavia Battle, Nya Bussey and Leah Betrand finishing with a time of 43.20 seconds, beating the field by more than a second. In the women’s 4×400, Ohio State won with a time of 3:31.94 from Chanler Robinson, Alyssa Marsh, Jayden Wood and Bryannia Murphy. On the men’s side, Eric Harrison, Praise Olatoke, Kainnan Ramsey and Tyler Johnson finished with a season-best 39.12 to win the 4x100m.

The NCAA Regionals will be May 26-28, hosted by Indiana.

Ohio State athletics got even more good news on Sunday, as the softball team learned it would be a No. 2 seed in the NCAA tournament.

The Buckeyes – who are playing in the Knoxville Regional – will face Oregon State in the first game of the double-elimination regional on Friday, with the winner set to face either Tennessee or Campbell.

It’s the fifth appearance in the NCAA tournament for the softball team since 2016, and the fifth for head coach Kelly Kovach Schoenly. This current stretch of five berths in seven seasons is the best in program history.

Ohio State enters the tournament with a 35-15 record, and defeated Purdue and Illinois in the Big Ten Tournament before falling to Nebraska in the semifinals.