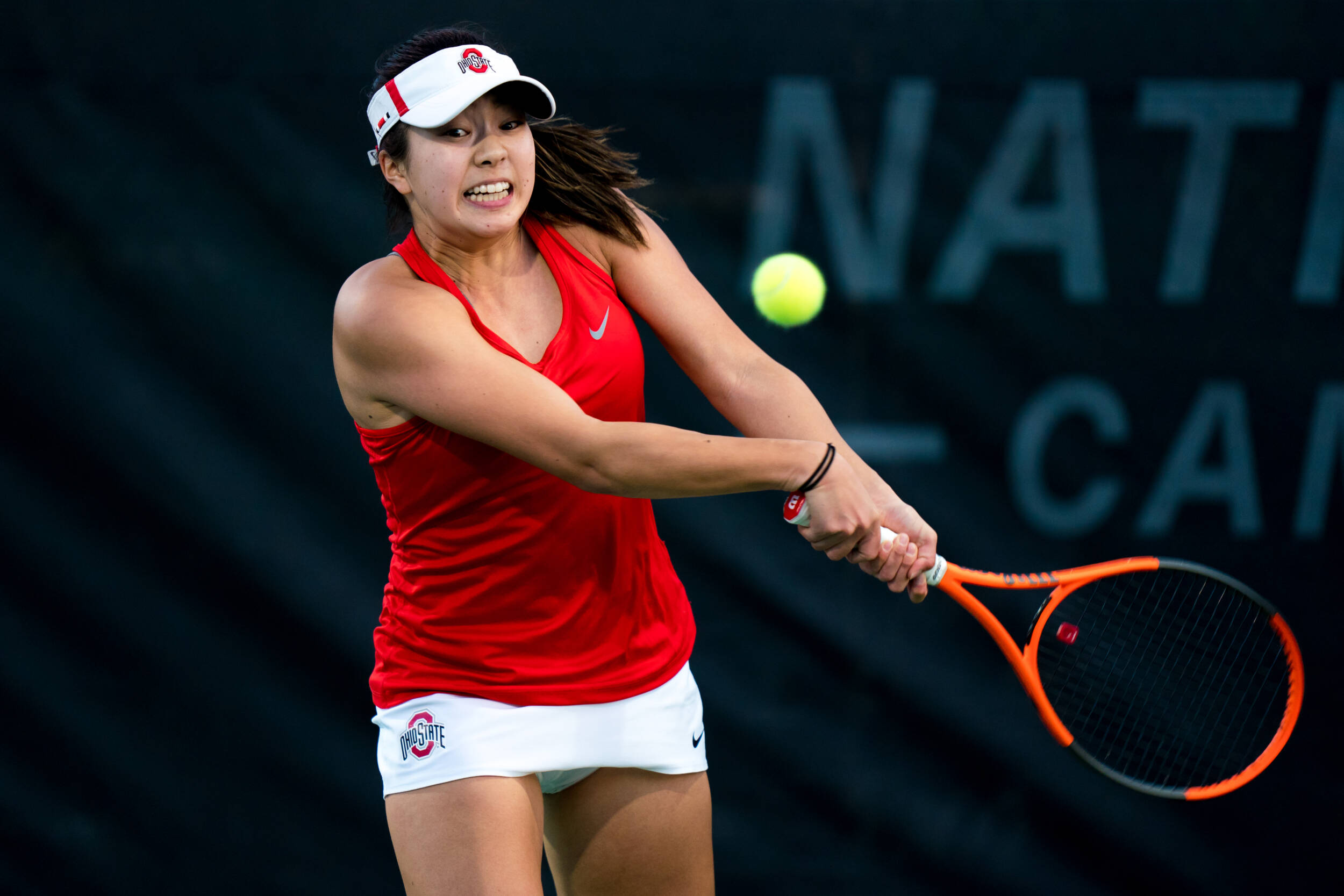 The All-America singles awards were based on an unpublished, double run of ITA singles rankings, recognizing 20 standouts.

“It means a lot to be named an All-American; it is a big deal,” Fukuda said. “I have put in so much work to get this award, but could not have done just by myself. I just want to say thank you to all the people who have been supporting me. Go Bucks!”

Fukuda, who hails from Tokyo, Japan, has been ranked for much of her collegiate career, and rose from No. 79 in the preseason rankings to a then-career best No. 11 at the end of fall 2019.

She continued to ascend, reaching a high of No. 8  in February. Fukuda was No. 11 in the final rankings, which were released March 3. The fourth-year junior became the first Buckeye to be ranked in the top 10 since Di Lorenzo in 2017.

“I am so happy for Shiori and so proud of her,” Ohio State head coach Melissa Schaub said. “She has worked so hard for the past three and a half years and I can’t think of anyone more deserving. She handles herself like a professional on the tennis court and this is just a result of that effort.”

Fukuda went 9-3 in dual matches, which were all on court one, and 24-7 overall, leading the Buckeyes in wins in both categories. A two-time Big Ten Athlete of the Week this season, Fukuda rose to the occasion to clinch the Buckeyes’ 4-3 road victory against Oklahoma State to seal a spot at ITA National Team Indoors

In the fall of 2019, Fukuda was the singles runner-up at the USTA Fall Ranked Spotlight and a finalist in both singles and doubles at the ITA Midwest Regionals. She also reached the doubles final and advanced to the singles quarterfinals at an ITF $15K in Lubbock, Texas.

After joining the Buckeyes in January 2017, Fukuda has earned two unanimous First Team All-Big Ten selections in addition to the 2018 Big Ten Freshman and ITA Midwest Region Rookie of the Year honors.

Also excelling in the classroom, Fukuda is an Ohio State Scholar-Athlete and an Academic All-Big Ten honoree.

As a team, the Buckeyes were 9-3 before the season was cut short due to COVID-19 and concluded the season ranked No. 5 in the country.