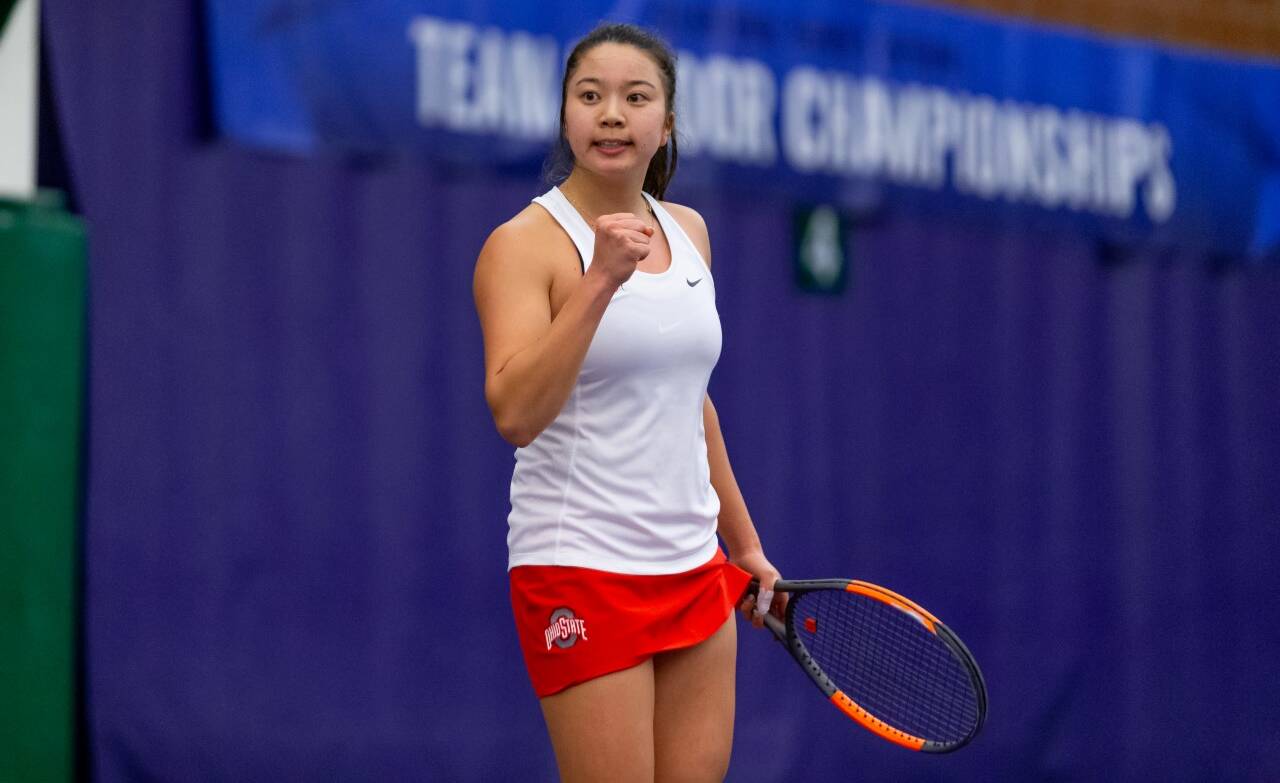 Shiori Fukuda, a redshirt junior on the No. 25 Ohio State women’s tennis team, has been selected Big Ten Athlete of the Week for the second week in a row. Fukuda, the No. 11-ranked player in the nation, was recognized after she defeated two ranked opponents during ITA Kickoff Weekend in Stillwater, Okla..

The standout from Tokyo, Japan, clinched the 4-3 team win against No. 10 Oklahoma State sending the Buckeyes to the ITA Team Indoor Championship.

The award marked the second Big Ten weekly honor in as many weeks for Fukuda and th3e second of her career overall. She leads the 2-0 Buckeyes with a 17-4 singles record in 2019-20. She also holds a 7-6 record in doubles play.

The victory over Oklahoma State clinched a second straight appearance for the Buckeyes at ITA Team Indoor Championships, and their fourth trip in the last five years. The tournament will be held Feb. 7-10 at the XS Tennis Village in Chicago.