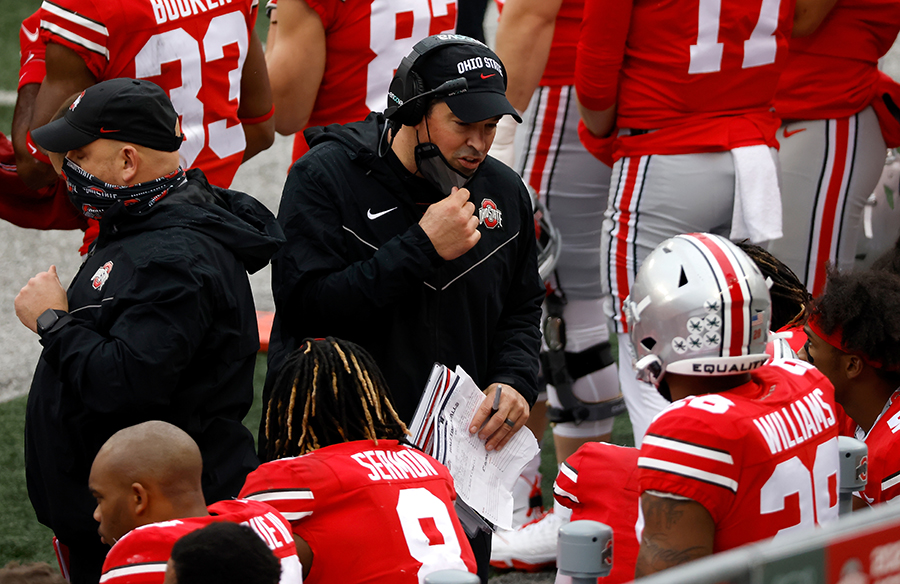 Ohio State head coach Ryan Day and defensive coordinator Kerry Coombs met remotely with the media on Tuesday afternoon to discuss the Buckeyes’ 42-35 win over Indiana and Saturday’s game against Illinois (12 p.m. on FS1). It marks the only pregame media availability this week due to the Thanksgiving holiday.

Here’s a bullet-point recap of what Day and Coombs had to say: