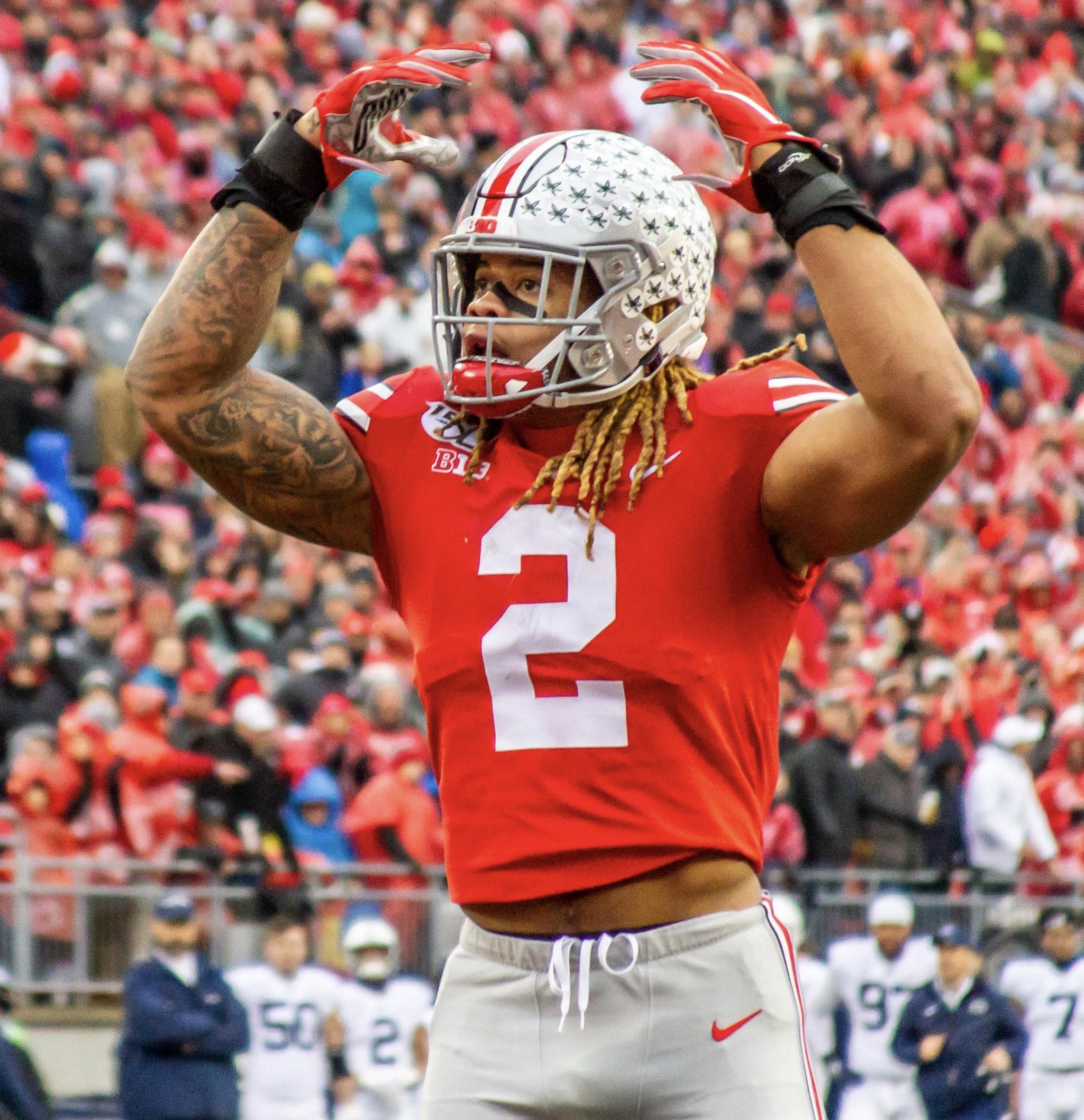 The Buckeyes brought home two of the top honors awarded in the Big Ten conference on Dec. 3.

In addition to being named the top defensive player overall, Young was also awarded the Smith-Brown Defensive Lineman of the Year honor and was the media’s lone unanimous first-team all-conference player on defense. The junior co-captain leads the Big Ten with 19.5 tackles for loss and 16.5 sacks, with an impressive six forced fumbles in just 10 games.

Joining Young on both the coaches’ and media’s first teams were junior cornerback Jeff Okudah and senior safety Jordan Fuller. Okudah leads Ohio State with three interceptions to go with six pass breakups and two forced fumbles, while Fuller’s 37 solo tackles is second on the squad.

Senior linebacker Malik Harrison was named to the first team by the coaches and to the second team by the media. The Columbus native leads Ohio State with 63 tackles (40 solo) and his 15 TFL are fifth in the Big Ten.

Fifth-year senior cornerback Damon Arnette was named to the second team by both the coaches and the media. Arnette has five pass breakups and a 96-yard interception return for a touchdown to his name, while playing with a cast on his hand.

Borland’s 46 tackles rank fourth on the team and Browning has nine TFL and four sacks. Cornell and Landers have been solid in the middle of the defense, with Cornell boasting 5.5 TFL and three sacks and Landers recording five TFL and a half sack.

Junior kicker Blake Haubeil was a third-team All-Big Ten selection and redshirt junior punter Drue Chrisman was an honorable mention selection by both the coaches and media.

Haubeil has hit 8 of 10 field goals, including a 55-yarder at Northwestern, and nailed all 79 of his extra-point attempts. Chrisman averages 44.2 yards per punt, with 14 of his 38 boots downing the opposition inside the 20-yard line.

While Day was selected as coach of the year by the media, Minnesota’s P.J. Fleck won the Hayes-Schembechler Coach of the Year award, which is decided by the conference’s coaches.