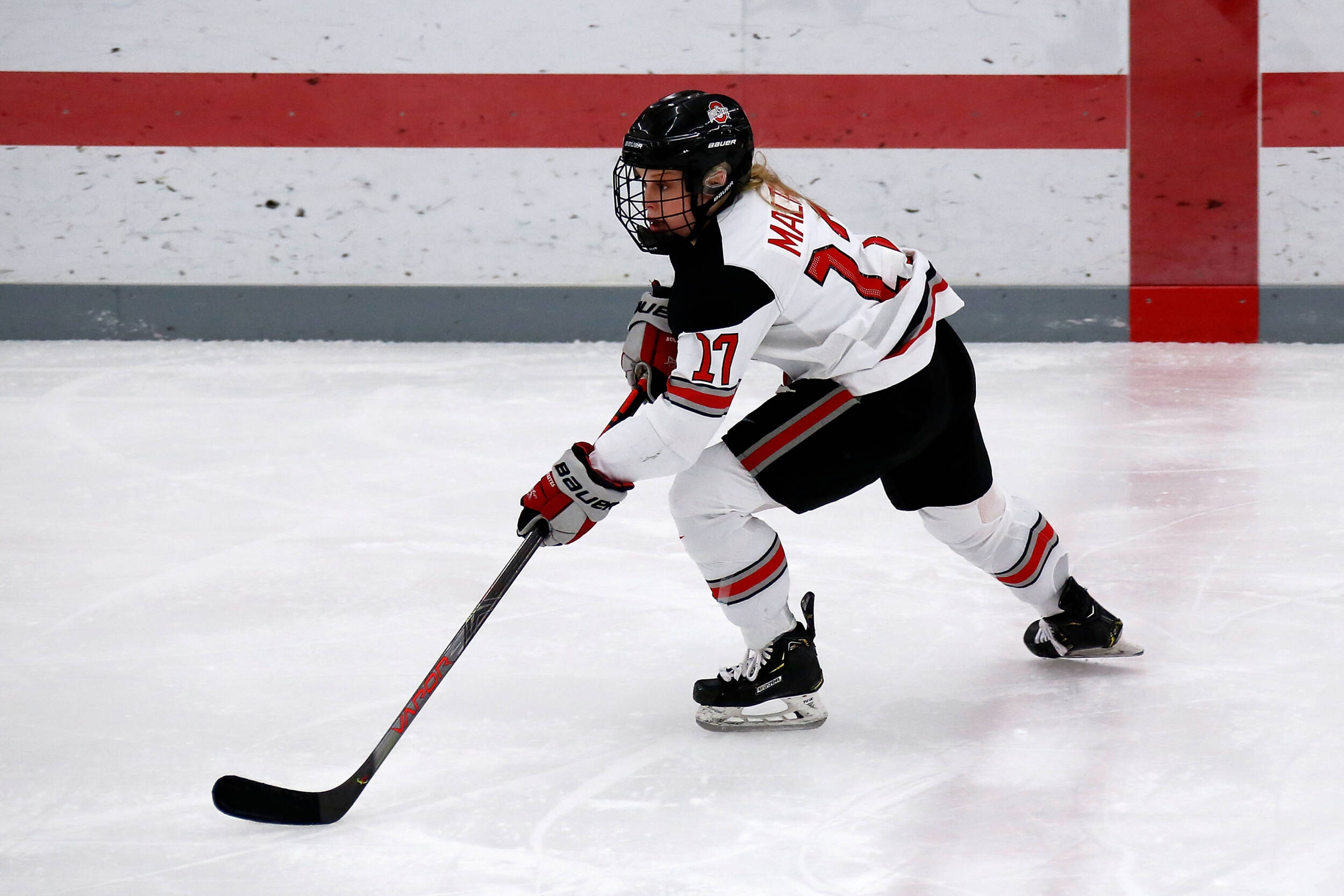 The dynamic duo of Dunne and Maltais gives the Buckeyes two of the first-team winners, with Wisconsin also boasting two while Minnesota Duluth and Minnesota each have one player represented.

Dunne is a three-time first team All-WCHA performer who finished third in regular-season scoring among defenders with 25 points on seven goals and 18 assists. The O’Fallon, Mo., native tallied 19 of her points (six goals and 13 assists) in conference action, ranking second among WCHA blueliners.

“She’s just such a phenomenal hockey player,” Ohio State head coach Nadine Muzerall said of Dunne. “I don’t know what else the U.S. hockey team is looking for , but she’s got all the elements to be such an elite player and Olympian.” 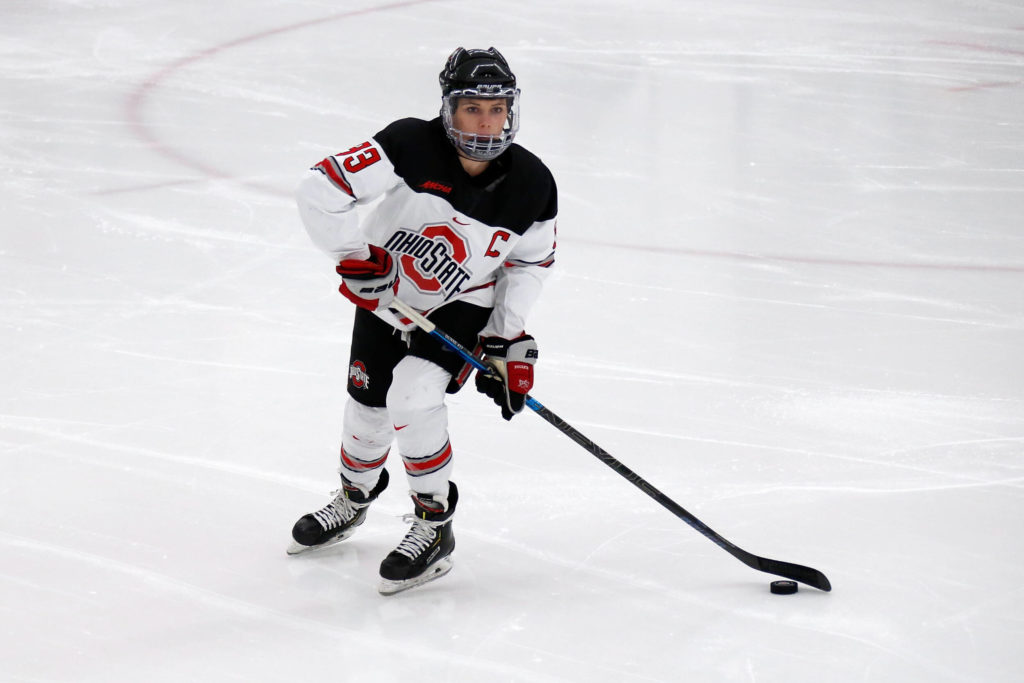 Dunne began her Scarlet and Gray career as a Third Team All-WCHA honoree, who was also named to the conference’s All-Rookie Team.

After being named Preseason All-WCHA, Dunne delivered with an excellent season for the 24-8-6 Buckeyes. Dunne, who was an alternate captain as a redshirt freshman and sophomore, led the team to the first WCHA title in school history in her second year as co-captain.

During the first intermission of the WCHA Final Faceoff, Dunne was interviewed and asked what it would mean to win the coveted conference crown for the Ohio State women’s ice hockey program.

“It would be a huge honor,” Dunne said during the first intermission of a 1-0 overtime win in the WCHA Final Faceoff against Wisconsin. “We talk about the people, the excellence — Ohio State’s never done anything like this before. We have such a special group in that locker room. And with the group we’ve got, it’s the most deserving team I’ve been on that should win this Final Faceoff, so it would mean everything to us right now.”

Ohio State prevailed in the Final Faceoff, winning the first conference championship in program history by defeating Wisconsin 1-0 in overtime on March 8. 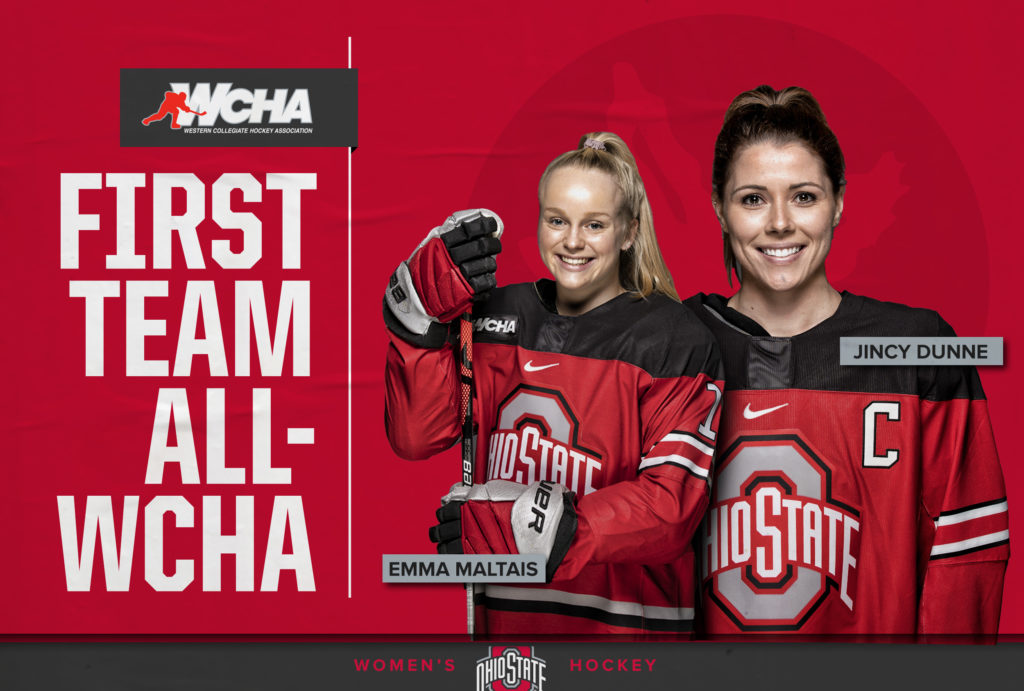 For the third time in as many seasons, Maltais was named among the trio of WCHA first-team forwards. The Burlington, Ontario, native concluded the regular season with 55 points on 18 goals and 37 assists in 34 games, setting a new single-season point record for Ohio State. Maltais also recorded 41 points on 12 goals and 29 assists in conference play to finish second in the league in points and assists. 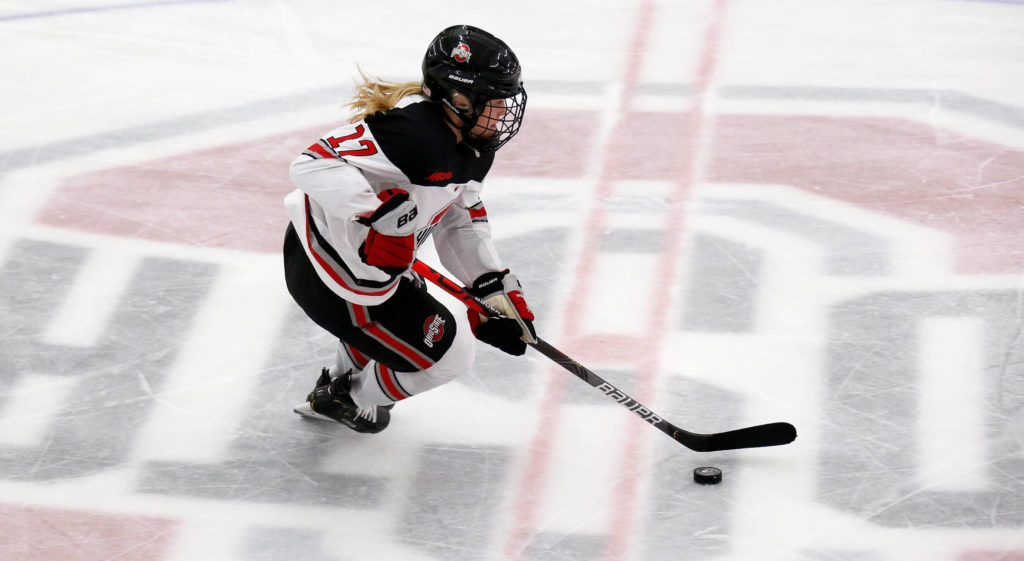 Prior to her record-breaking season, Maltais was named the Preseason WCHA Player of the Year. She excelled as a junior, winning WCHA Forward of the Week three times and being recognized nationally as a NCAA Second Star of the Week.

Beyond Dunne and Maltais, a pair of sophomores won Third Team All-WCHA accolades with goaltender Andrea Braendli and defender Sophie Jaques being honored.

Braendli earned her first All-WCHA honor in a season where she was named a two-time WCHA Goaltender of the Week as well as the NCAA Second Star of the Week. The Zurich, Switzerland, native recorded the third-best save percentage in the league at .921 while posting a 2.00 goals against average across 27 starts in the net. 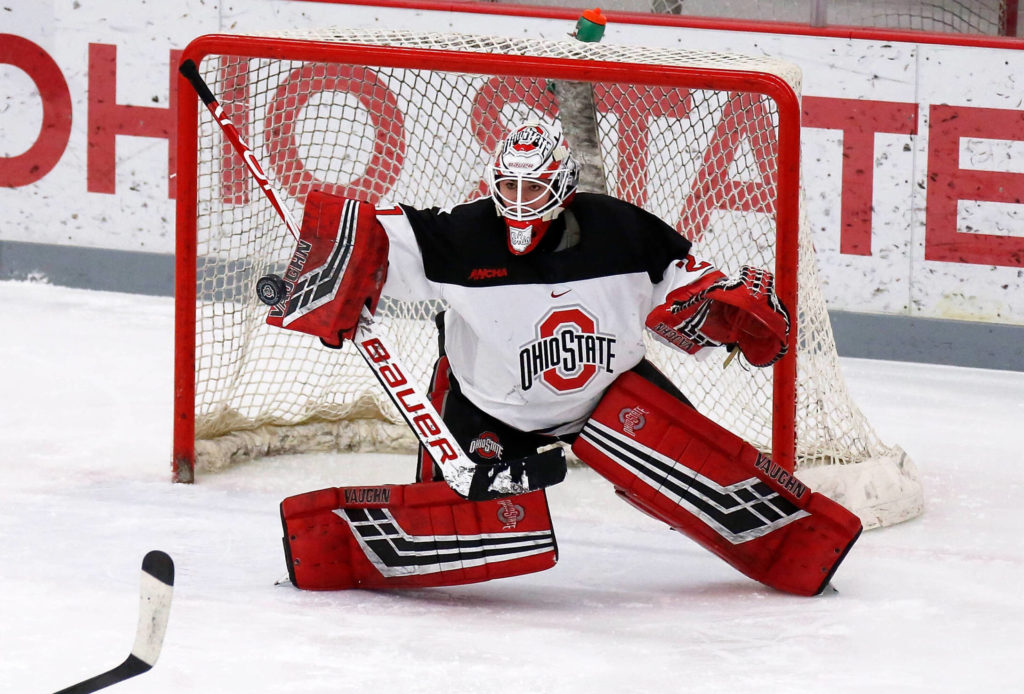 A promising young defenseman, Jaques, was selected to the All-Rookie team in 2019. The Toronto, Ontario, native followed her freshman success with 22 points as a sophomore,  marking the second-highest defensive total on the team behind Dunne.

Jaques scored a defense-high eight goals and dished out 14 assists. Her 22 points in the regular season puts her fifth among WCHA defenseman, while her 115 shots on goal represented the most of any WCHA blueliner. 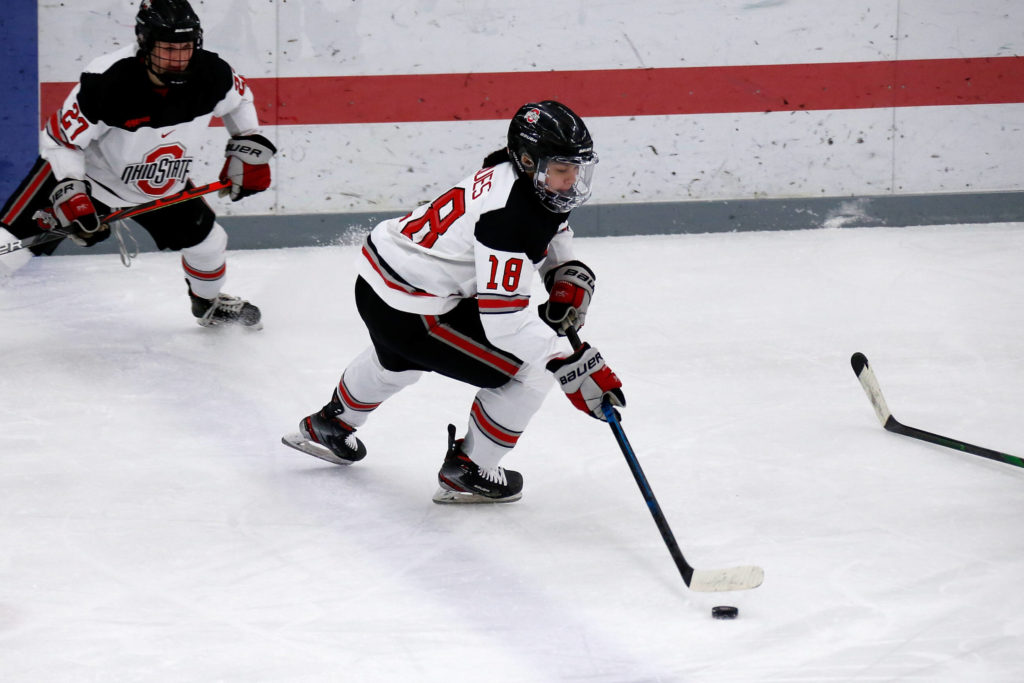 Freshman defender Teghan Inglis earned her first WCHA honor  when named to the WCHA All-Rookie Team. The Okotoks, Alberta, native started the year alongside Dunne on the blue line and posted 10 points on three goals and seven assists.

Ingles also blocked the most shots of any WCHA rookie at 38. Inglis became the eighth Buckeye to be selected to the All-Rookie team, including Dunne and Maltais.