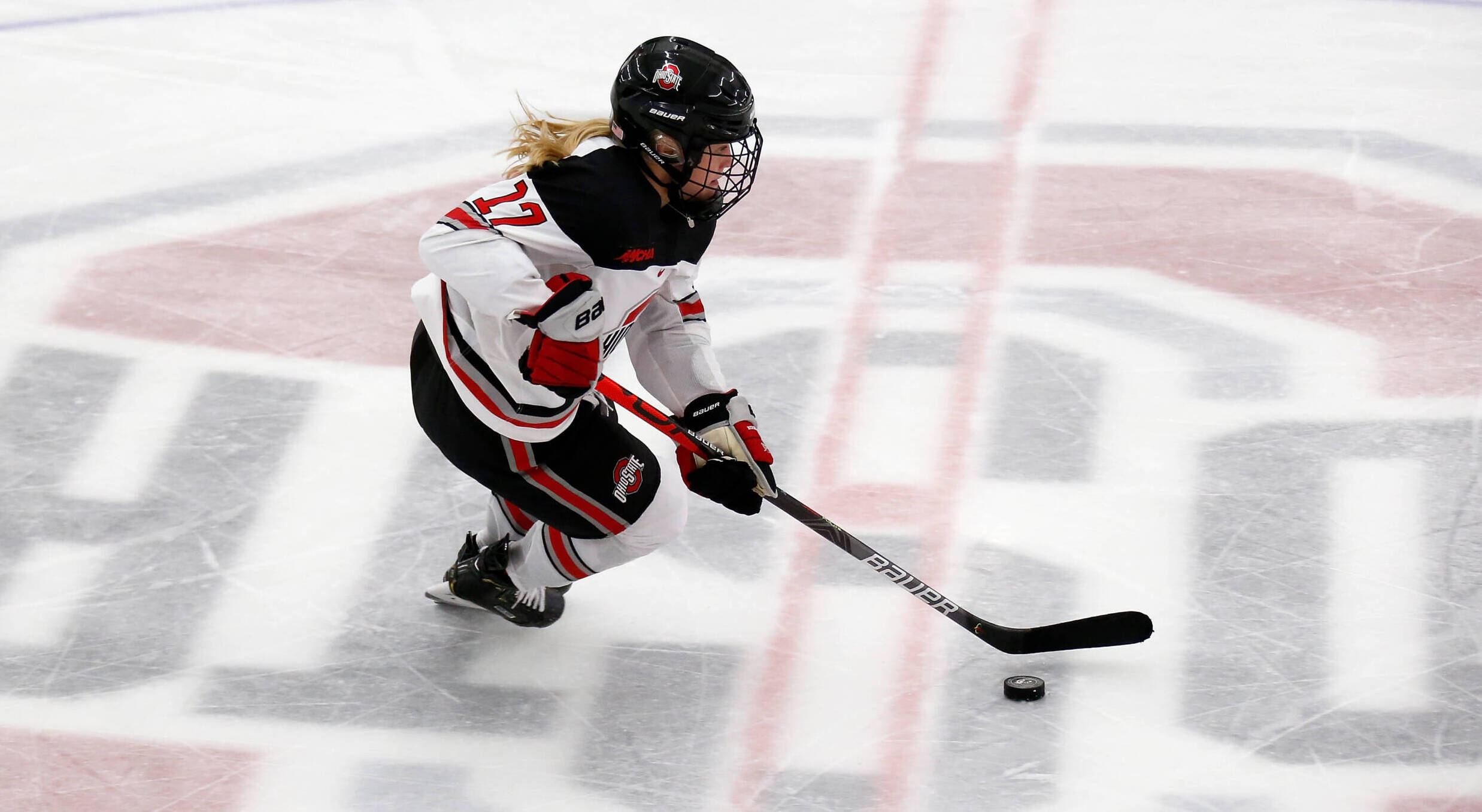 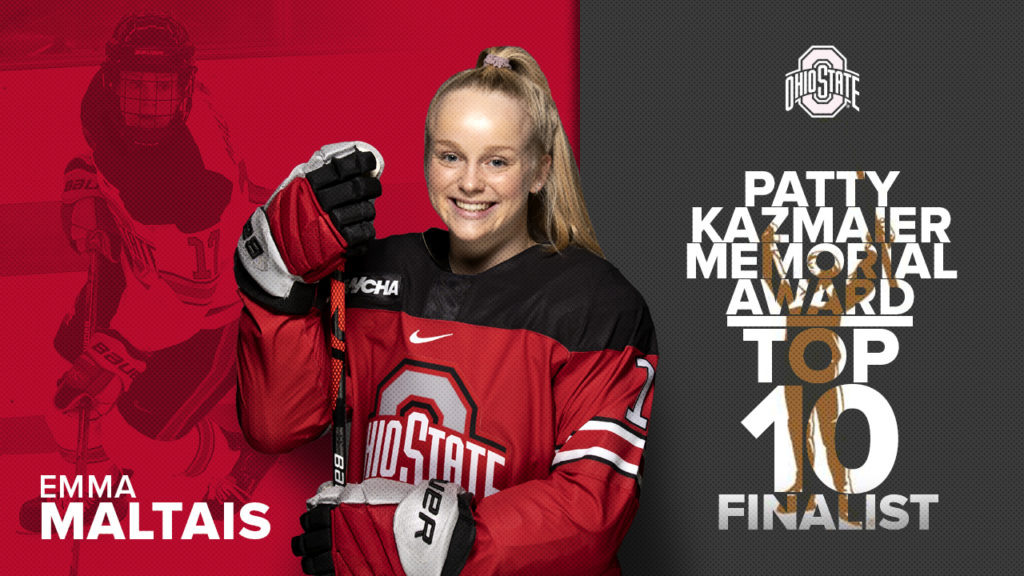 An award of the USA Hockey Foundation, the Patty Kazmaier Memorial Award was established in 1998 and is presented annually to the top player in NCAA Division I women’s ice hockey. The selection criteria includes outstanding individual and team skills, sportsmanship, performance in the clutch, personal character, competitiveness and a love of hockey. The winner of the award will be announced on March 21 in conjunction with the NCAA Women’s Frozen Four in Boston, Mass.

Maltais ranks eighth in the nation in points per game with 1.62 and fourth in assists per game with 1.09. The Burlington, Ontario native leads the Buckeyes with 55 points on 18 goals and a team-high 37 assists. Of her goals, Maltais has scored two power-play goals, one short-handed goal, one game-tying goal and three game-winning goals.

Maltais is the only player on Ohio State to complete a hat-trick this season. In a 5-2 victory over St. Cloud State on Oct. 4, Maltais scored four goals to tie a single-game record, previously set in 2010.

Maltais has been a clutch force for Ohio State all season, highlighted by timely goals and standout performances against elite competition. She scored a goal and dished out an assist in the Buckeyes’ 4-3 win over No. 2 Minnesota. She then posted a team-high three points on two goals and one assist to defeat Colgate 6-2 and went on to score the game-tying goal the following day to force overtime.

Maltais led Ohio State over then-No. 3 Cornell, 3-1, scoring two goals including the game-winning goal to hand Cornell its only loss of the season. In a 5-2 win over No. 7 Princeton, Maltais dished out four assists, sparking a six-game point streak, where she tallied two goals and 13 assists. She has posted three, four-point games on the season, and leads the team in points (55), assists (37) and shots (161).

Maltais was the WCHA Forward of the Week after the first week of conference play for posting four goals and two assists in a team-high six-point effort on the weekend against St. Cloud State.

She was named the conference’s forward of the week for the second time as well as the NCAA Second Star of the Week for her seven-point weekend against Minnesota State. She notched three assists and scored a power play goal in the first game and posted another two assists as well as a short-handed goal in game two.

Maltais was then named the WCHA Forward of the Month for posting a team-high 14 points in the month of January and guiding the Scarlet and Gray to a 6-1-0 record.