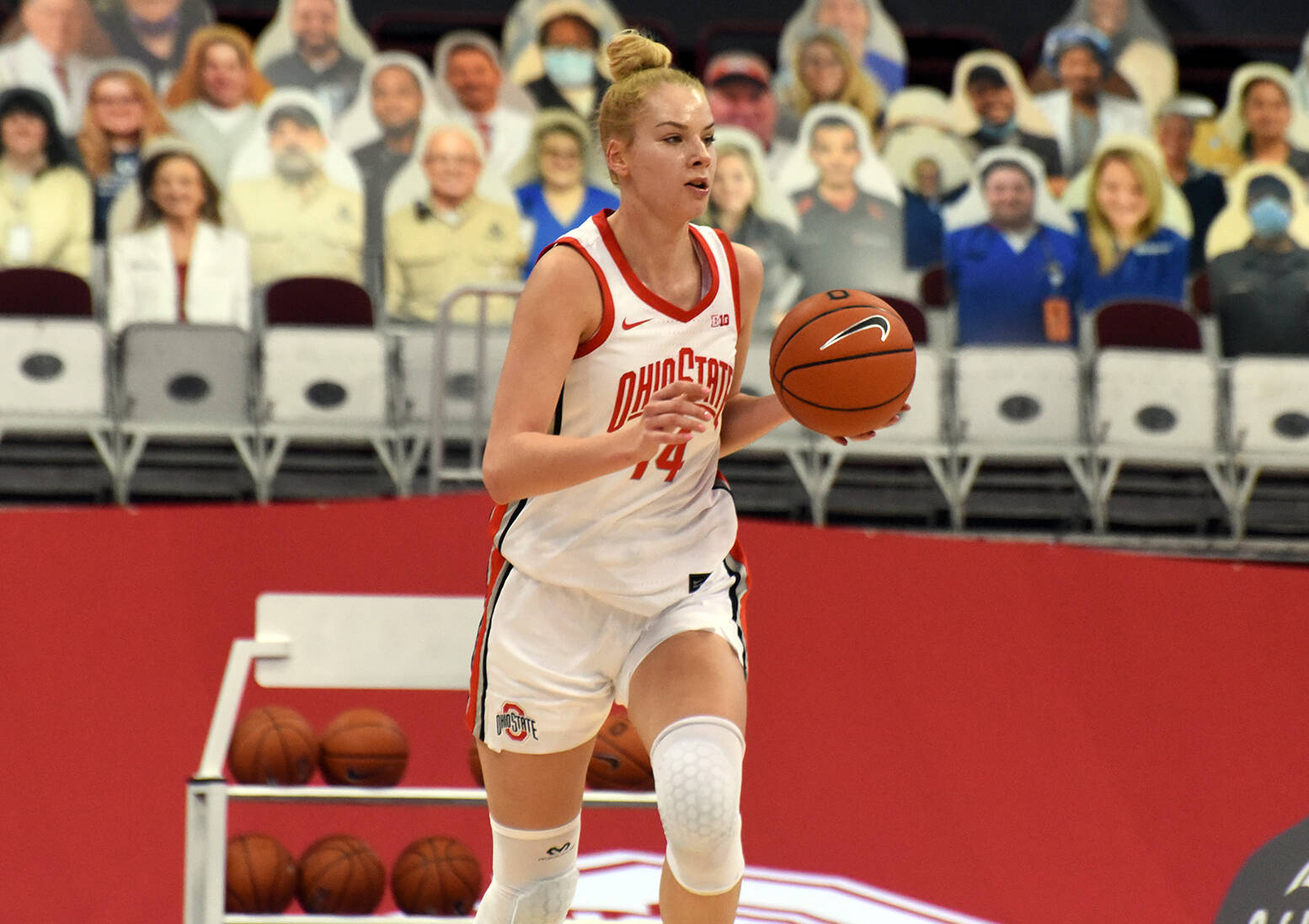 Ohio State junior forward Dorka Juhasz was named to the first-team All-Big Ten team by the coaches for the second straight season.

Juhasz finished her third year with the Buckeyes tops on the team in rebounds (11.1 per game) second on the team in points (14.6 per game). Her rebounds was also second in the conference to Michigan junior forward Naz Hillmon, who won Big Ten Player of the Year.

Sheldon led Ohio State with 16.7 points per game, shooting a team-high 48.6 percent from the field with 33 three-point makes, which was also most on the roster.

Past Juhasz and Sheldon, sophomore guard Madison Greene was listed as a honorable mention by both coaches and media.

Greene missed the last five games of the season, in which Ohio State went 1-4. In her 15 games played, Greene tallied 13.4 points, 3.5 rebounds and 4.3 assists per game, the latter of which was tops on the team.

When Greene was out of the lineup, she was replaced in the starting five by Kateri Poole, who was selected by the coaches for the all-freshman team.

Poole finished her first year at Ohio State with 6.6 points, 2.6 rebounds and 2.0 assists per game. She was the Buckeyes’ top scorer off the bench and found time in all 20 games this season.