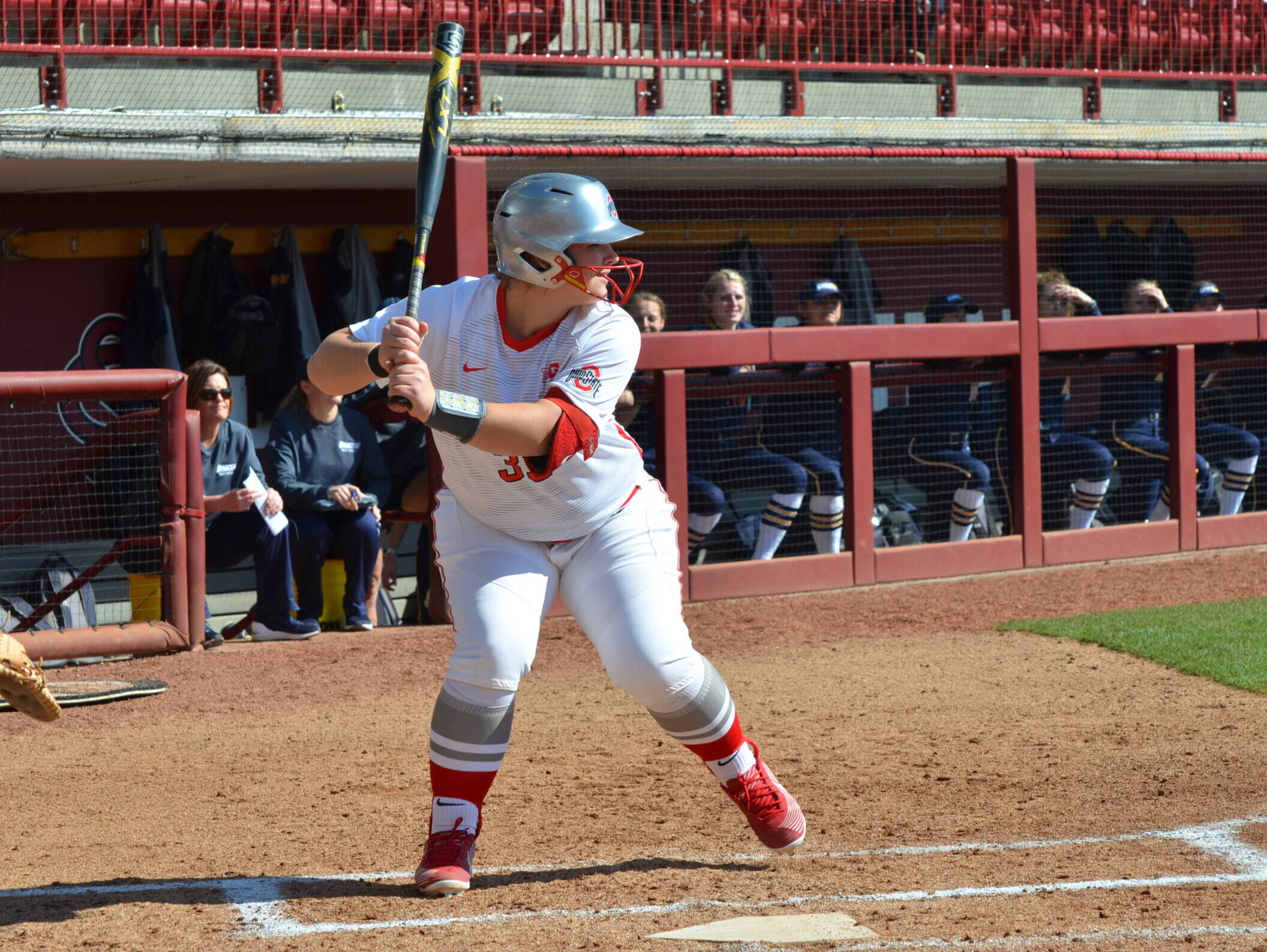 Clark kicked off her Scarlet and Gray career by slashing .545/.615/.818 across her opening four-game weekend at the Carolina Classic. In addition to her .545 batting average, .615 on-base percentage and .818 slugging percentage, Clark also tallied six hits, one home run and three runs batted in.

In the opener against No. 19 South Carolina, Clark went 2 for 3 at the plate. The Prospect, Ohio, native increased her production the following day with the first home run of her career, a two-run shot to put Ohio State up for good in its 13-5 win against North Dakota State.

Clark posted a 2-for-2 day with one walk in Ohio State’s 10-inning walk-off 5-4 victory against UNC Greensboro.

Clark helped lead the Buckeye bats which outscored their opponents by a 25-12 margin. As a team, the Buckeyes hit .344 with 45 hits, 23 RBI, six stolen bases and five home runs on the weekend.

In her second weekend as a Buckeye, Clark demonstrated her power at the plate, ripping six hits, including three home runs with four RBI and three runs.

The North Union product hit .500 and slugged 1.250 through four games at the Big Ten/ACC Challenge in Raleigh, N.C.

To open the tournament, Clark hit her second collegiate long ball with a solo home run against NC State. She stayed hot against Notre Dame, going 2 for 3 from the plate.

In the Buckeyes’ second showdown with NC State, Clark hit back-to-back homers in consecutive at bats. Clark launched a solo home run in the second inning and two-run bomb in the third, making her the first Buckeye since April 21, 2019 to hit home runs in consecutive at-bats. She also became the first Ohio State freshman since May 18, 2019 to hit two homers in the same game.