Ohio State’s Alonzo Gaffney Out Against Illinois, No Timetable For Return 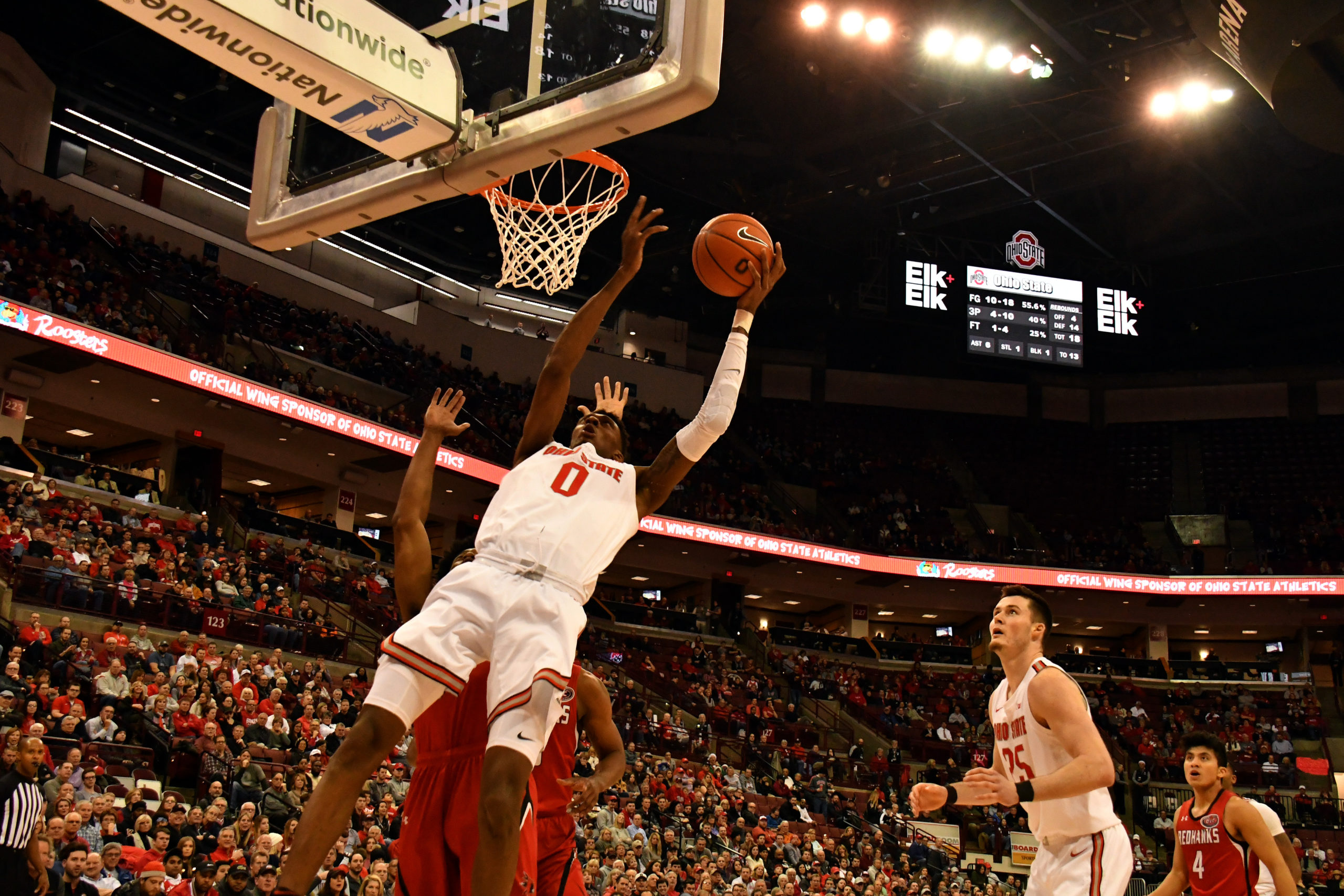 Alonzo Gaffney, a freshman forward known as “Zo,” will be out for the foreseeable future, per Ohio State head coach Chris Holtmann.

“Zo will be out, I can’t really speak more to that, but he’ll be out for tomorrow [Illinois game March 5],” Holtmann said at his March 4 press conference. “I can’t get into specifics on that.”

Holtmann said there is no timetable for his return.

The third-year Buckeye coach was asked directly if Gaffney was ill, which is the reason Holtmann had given when he missed the team’s prior two games.

“I’m not really even allowed to get in specifics on that,” Holtmann answered.

Gaffney has played in just 17 of the Buckeyes’ 29 games, averaging 6.8 minutes per game. The Cleveland native is shooting 56.5 percent from the field while averaging 1.8 points and 1.4 rebounds per contest.

Gaffney’s presence could be useful given the absence of junior forward Kyle Young (ankle) in the Ohio State frontcourt. Holtmann indicated that he expects to use freshman big man Ibrahima Diallo and walk-on Harrison Hookfin with a thin front line, which  currently consists of just Andre and Kaleb Wesson, and freshman E.J. Liddell.

Holtmann was asked directly if the freshman forward was still with the team.

Ohio State will take on Illinois for senior night at Value City Arena on March 5, again without Gaffney.