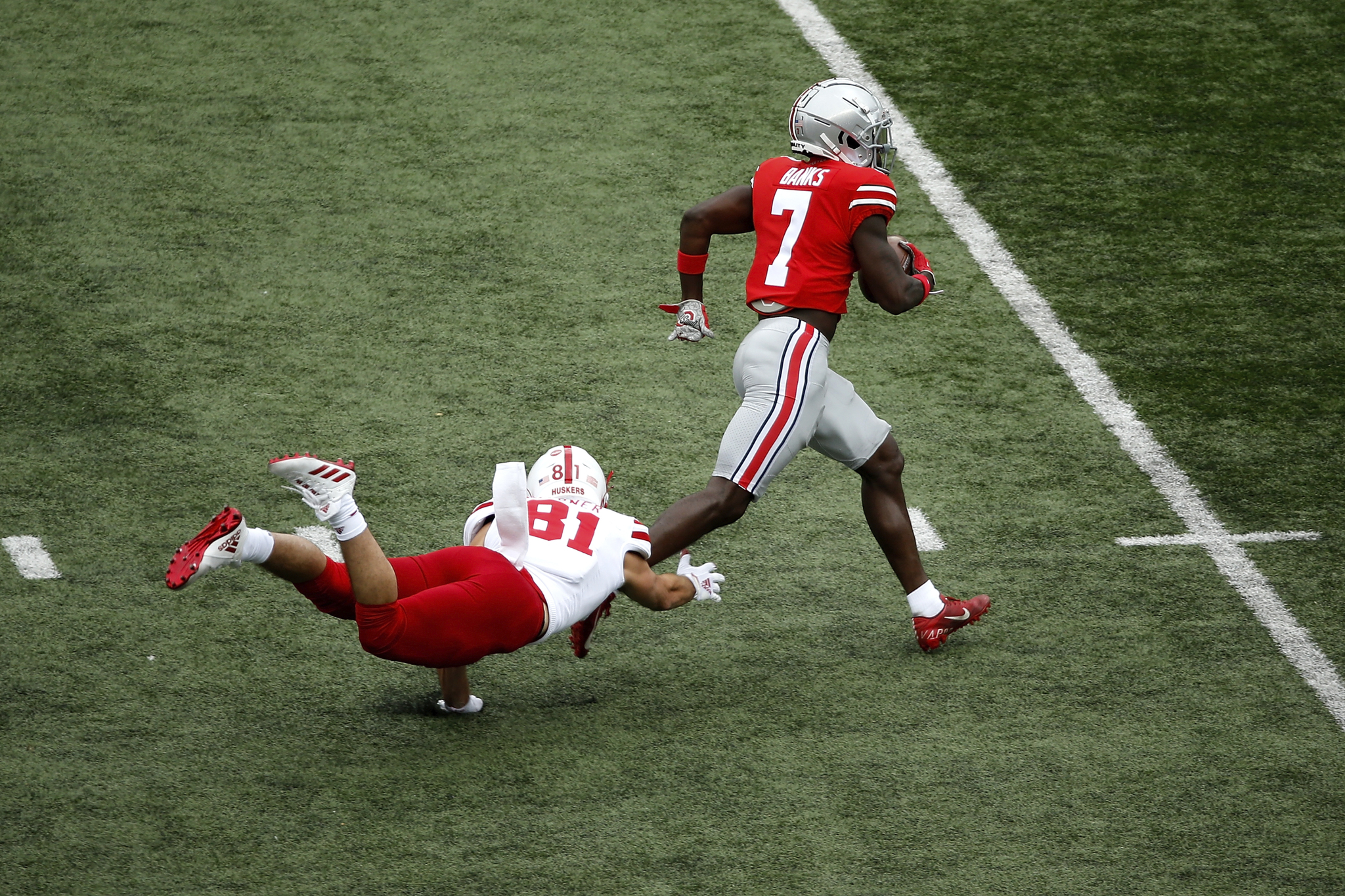 Ohio State will be without two more projected contributors through at least the spring, as wide receiver Kamryn Babb and defensive back Sevyn Banks are both out with injuries through spring practice according to a report from 247Sports’ Patrick Murphy.

Details aren’t known, but Ohio State has confirmed that both players are will be out indefinitely to Buckeye Sports Bulletin.

Babb, a fourth-year receiver from St. Louis, has seen his Ohio State career derailed by injuries. He injured his leg twice during his time at Christian Brothers High School and has suffered a pair of ACL tears during his time with the Buckeyes, which have kept the one-time four-star receiver almost completely off the field for Ohio State. He’s yet to record a catch at the collegiate level. He was expected to fight for playing time in a loaded receivers room this spring.

Banks, meanwhile, was expected to move into the No. 1 cornerback role this season to take over for Shaun Wade, who has departed for the 2021 NFL Draft. He served as the No. 2 cornerback last season, his first year as a full-time starter at Ohio State after contributing off the bench in 2019 and 2018, his first two seasons in the program. Fellow projected starter Cameron Brown has been rehabbing a torn achilles that he suffered early in the 2020 season.

Banks had 23 total tackles and six passes defended in 2020.