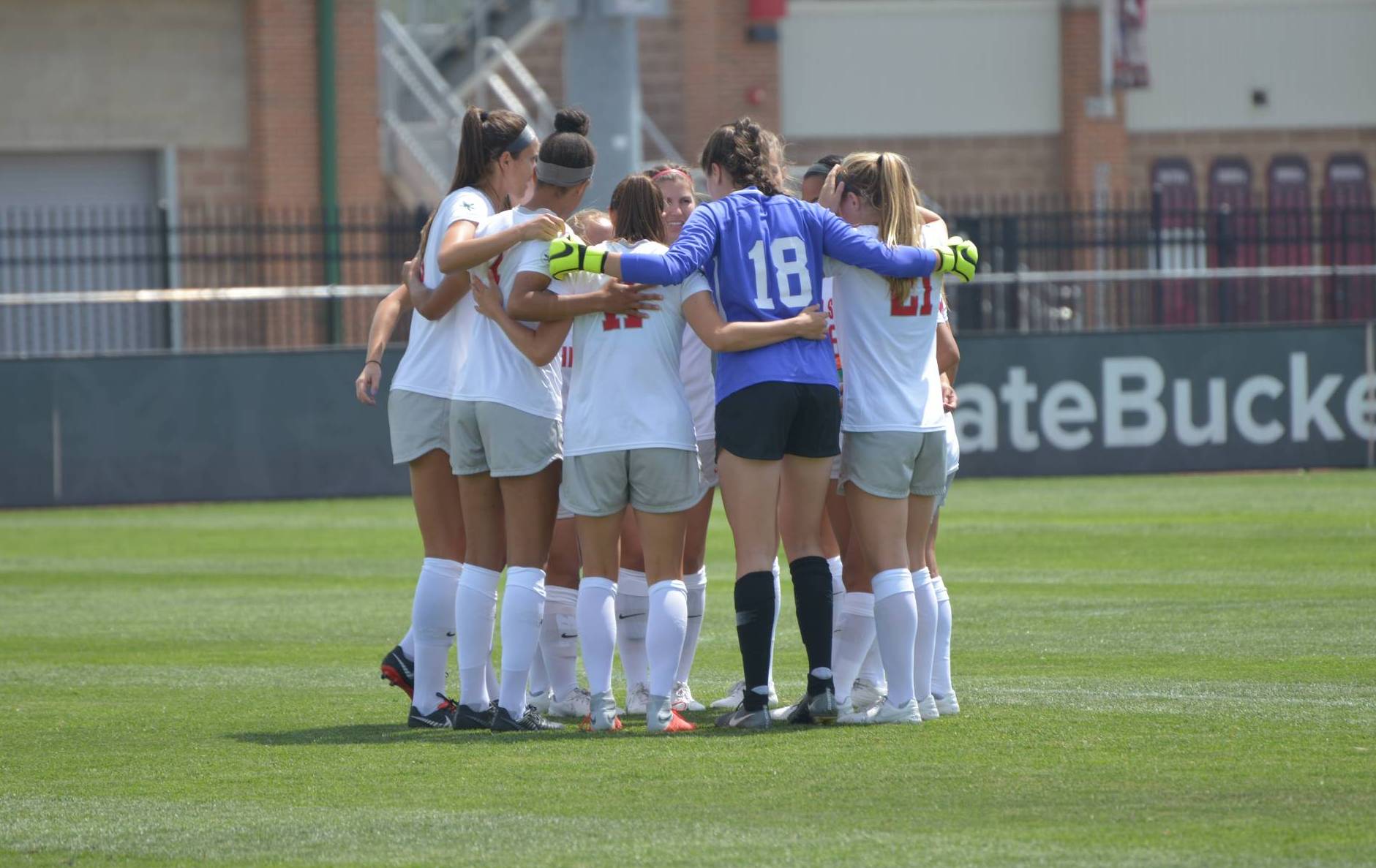 For the second time in as many matches, Ohio State struck first.

Freshman midfielder Ariella Pitty passed the ball to sophomore forward Kayla Fischer on the right wing and she beat a Missouri defender and curled a precision shot inside the left post past Tiger goalkeeper Peyton Bauman, giving the Scarlet and Gray a 1-0 advantage.

Fischer’s goal marked her first of the season and the fifth of her career, following a freshman campaign where she scored four goals to tie for the team lead.

The Tigers answered Fischer’s goal by earning a penalty kick and Julia Cisneros converting that attempt to tie the game 1-1 in the 21st minute.

The Buckeyes and Tigers remained tied at the half and Ohio State came out firing in the second frame. The Scarlet and Gray would have taken the lead on a shot by Olivia Petit but Bauman made a lunging stop for Missouri.

Ohio State made an error in the 56th minute with a handball, giving the Tigers another opportunity at a penalty kick. Cisneros delivered again, drilling the shot past Ohio State redshirt freshman goalkeeper Jordan Silkowitz inside the left post.

Less than a minute later, Cisneros completed the hat trick and gave the Tigers an insurance goal for a 3-1 lead.

The Buckeyes nearly answered back in the 76th minute when a cross found redshirt junior midfielder Alyssa Baumbick at the six-yard box but she booted the shot off the left post and it was cleared away.

“We need to mature and growing up is painful sometimes,” Ohio State head coach Lori Walker-Hock said. “We need to be willing to face the areas we need to grow up in quickly. We need to be sharper in transition moments and stop fouling in dangerous areas. The only way you grow up is through adversity so we need to start doing the little things well.”

Ohio State looks to rebound Aug. 28 at UCF in a 6 p.m. showdown, marking the first of four straight road matches for the women’s squad.

Walk-Hock drew on past experiences to put the Buckeyes’ early-season struggles in perspective.

“Our 2004 team, which went to the Elite Eight and lost to UCLA right here on this field, started out 0-2,” Walker-Hock told the Lantern. “Our 2010 team, that went to the Final Four, started out 0-1-1. The season is not lost, we just need to sit down and watch some film and get specific about the areas we need to tighten up.”

Missouri outshot Ohio State 13-11 and put six goals on goal, compared to just three for the Buckeyes. Ohio State was able to force six corner kicks, just like Missouri, but costly mistakes were the detriment of the Buckeyes.

Building consistency will be critical for the young Ohio State women’s soccer team to continue to improve and earn better outcomes in its games.

“We’re definitely playing good soccer as a team, we’re just picking those moments to play good soccer,” Fischer told the Lantern. “I think if we come out in the beginning and play good soccer the whole game, and not just pick 30 minutes during the game to play our game, I think we’ll come out with different results completely.”