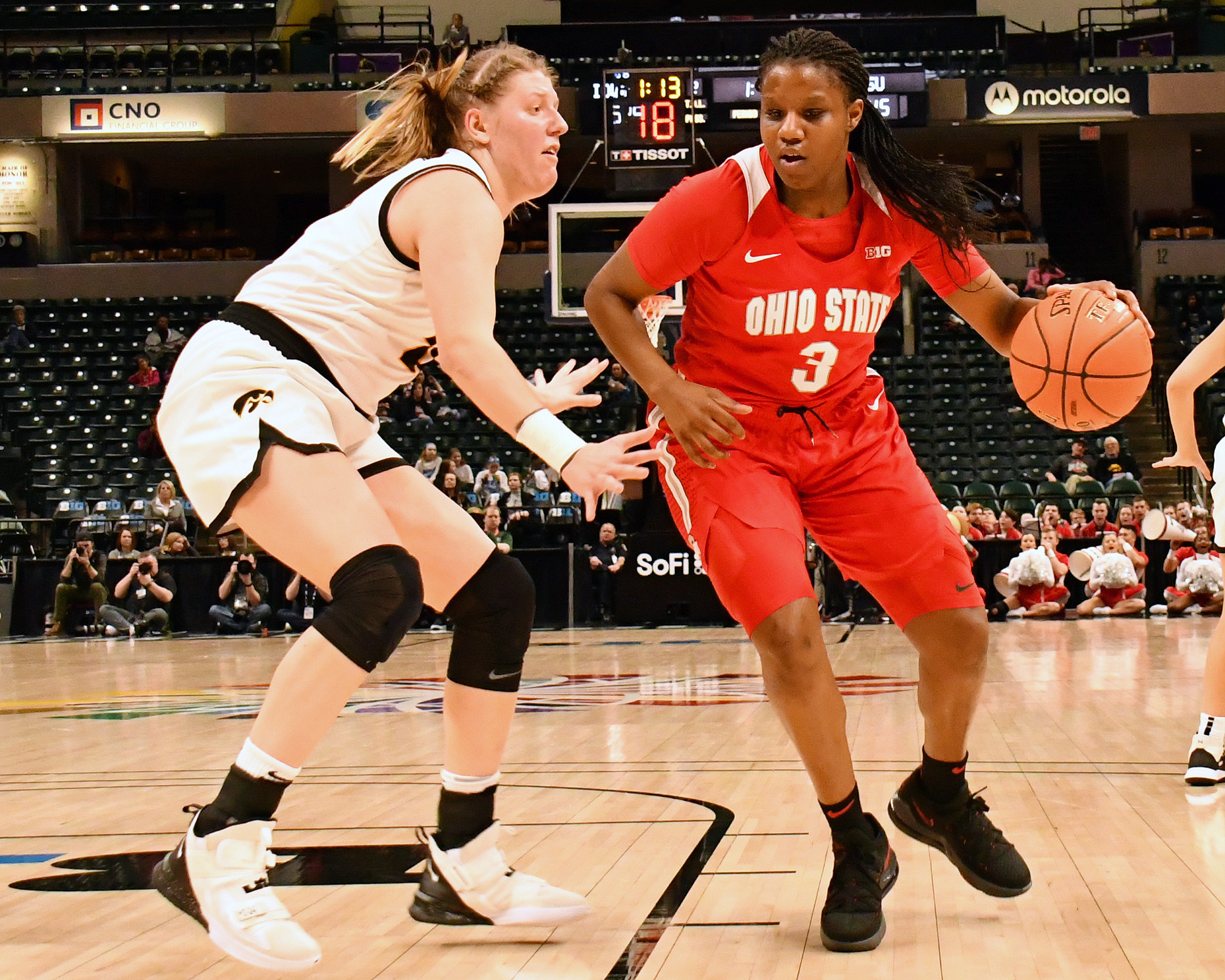 Before the game started, a door was left open for Ohio State to make the Big Ten tournament championship game.

In the matchup prior, seventh-seeded Michigan took down Northwestern, one of the teams that shared the conference regular season title, and the one that would have been waiting for the Buckeyes if they managed to upset the No. 3 seed in Iowa.

With that door more open, Ohio State sprinted through it, blasting the No. 19 Hawkeyes early and continuing to pile it on much of the way for a 87-66 win.

From the time Bell subbed in, Ohio State immediately went on a 19-0 run to take a commanding 22-3 lead that ended with a 29-14 advantage after the first quarter.

“I think it was really important to just make sure we had a lot of energy from the very beginning,” junior guard Braxtin Miller said about the hot start. “I think we wanted to send a message from the jump and just show that we were ready and we really wanted it.”

Bell scored 11 points in the quarter, and finished with a team-high 16 on 6-of-14 shooting, including four makes from three.

In the first quarter, Iowa senior guard Kathleen Doyle, the newly named Big Ten Player of the Year, took a hard fall and had to be subbed out of the game.

She returned later in the first, went down again, and again returned, finishing with 16 points and four rebounds on 6-of-18 shooting despite clearly being hampered by the fall.

“They have the Big Ten Player of the Year, so we were preparing for a lot,” sophomore forward Dorka Juhasz said. “But it’s just effort. I believe like we were going out, we were hungry for the win, and I mean, in the first quarter, I think we made a really big push.”

Bell’s 14 points were a big piece of that, as was the 13 points and eight rebounds in the half by Juhasz.

From there, the Buckeyes kept their foot on the gas pedal.

Backed by a 25-13 third quarter advantage, Ohio State took a 73-44 lead into the final frame, all but sealing a trip to the semifinal against the Wolverines.

Iowa cut the deficit late, but could not overcome the 29-point margin on the way to a 21-point Ohio State win.

“Iowa has got a great team. I have great respect for them,” McGuff said. “I thought our defense was certainly better tonight than the first time we played them. That was the key. We were going to have to stop them.”

While the big win was a major positive, the night did come with some negatives. Miller and sophomore forward Aaliyah Patty both left with injuries, though both made their returns with Ohio State having just eight players dressed.

“We’ve been kind of building towards this to make sure we’re playing our best basketball at this time of year,” McGuff said. “Everybody does, but for us, with so many new people and we were so young, it’s been a real process, and that’s probably what I’m most proud of is our kids have really committed to making sure we improved as a team throughout the year.”

Ohio State will take on Michigan in the semifinals at 9 p.m. Saturday.