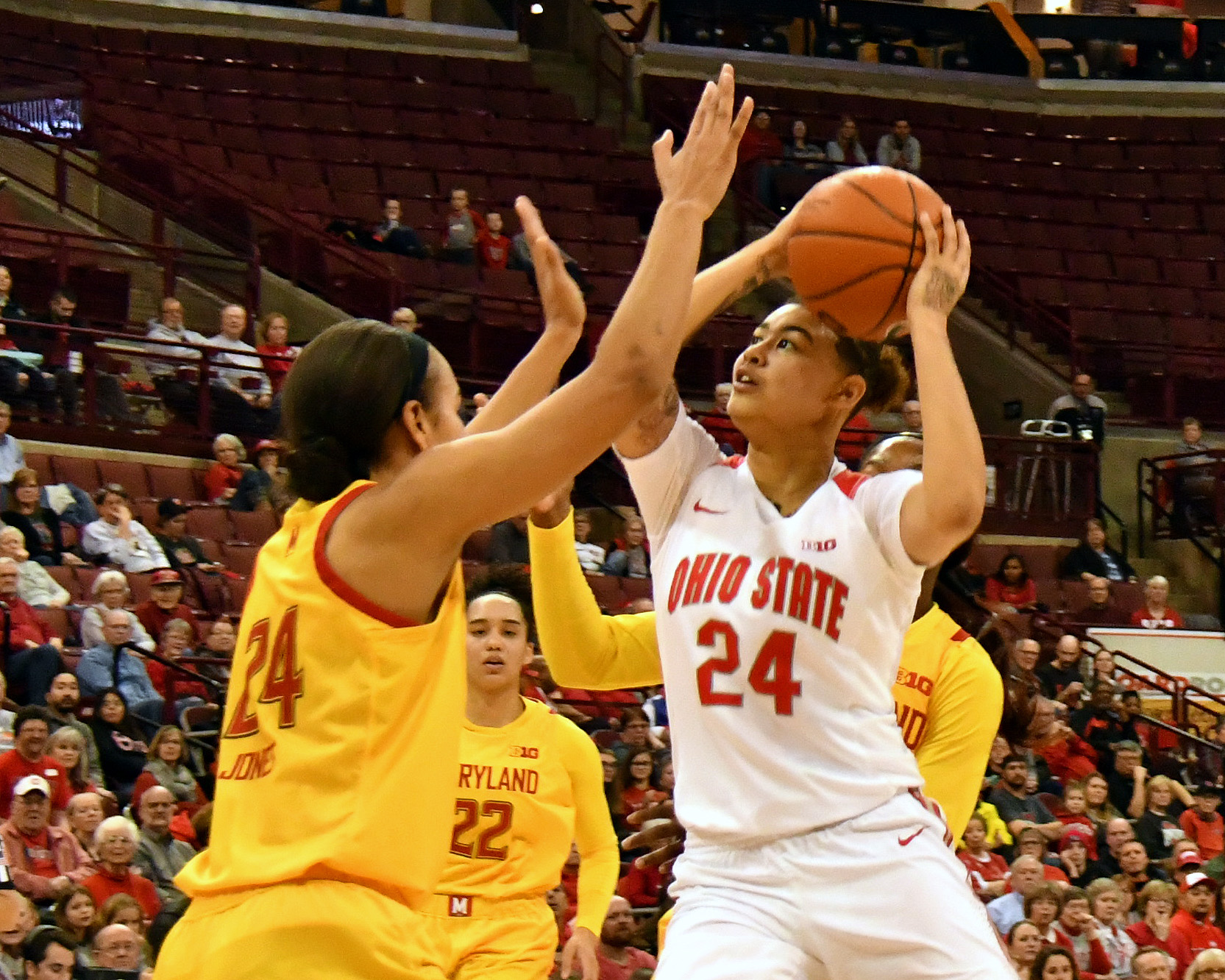 Ohio State started off Big Ten play with arguably its worst game of the season: a 66-50 loss to Purdue.

It was only fitting, then, that the Buckeyes ended their season against the Boilermakers with arguably their best game, dominating Purdue from start to finish in a blowout 77-56 win to clinch a top-six seed in the Big Ten tournament.

“That first game of the (Big Ten) year, Purdue was significantly better than us, and in general, and on that day for sure,” Ohio State head coach Kevin McGuff said of that Dec. 28 loss. “We’ve grown a lot since then, and that was the theme for us, with such a young team, is if we could just keep getting better, I thought we could kind of shoot toward playing our best basketball here at the end of the year.”

The victory secures a top-six ranking for Ohio State, who win move up to No. 5 with a Rutgers loss to Iowa tomorrow at noon.

“I thought our kids competed really well on both ends of the floor,” McGuff said. “Purdue’s a great team and it’s a hard environment to play in, but we played really hard, kids shared the ball and it was a really good win for us here in the last game of the year.”

The game started out strong for Ohio State, going up 18-9 after the first quarter, and got better by halftime, with the Buckeyes leading by 15 at the break. But Ohio State was not satisfied at leaving it there.

Up 13, Ohio State went on a 14-0 run spanning 4:44 to go up 57-30, ultimately sealing the win against a Purdue team fighting for its NCAA tournament life.

Freshman guard Kierstan Bell returned for the Buckeyes after a two-game absence due to personal reasons. She scored 15 seconds into her first possession, hitting a three to put Ohio State up 11-6. She finished the game with 11 points on 4-of-11 shooting, providing a major spark off the bench early on.

“Her energy was great, she really competed hard defensively, she used her length and really bothered them,” McGuff said. “She made some big shots in that second quarter to kind of help us stretch the lead out.”

Sophomore forward Dorka Juhasz again came up big, racking up her fourth straight double-double with 16 points and 13 rebounds, and was a team-high plus-31.

After Purdue cut a 12-point deficit down to 23-19 in the second quarter on the back of a 10-2 run, the Buckeyes immediately went on a 9-1 run to bring the difference back to 12 points.

That lead expanded even further by halftime, with Ohio State up 41-26, helped along by 10-point first half showings from Juhasz and Bell.

Juhasz was not the only sophomore forward to play a big role for the Buckeyes. Aaliyah Patty had a great performance, ending the day with 16 points, eight boards and three assists in just 21 minutes.

Purdue couldn’t get much done offensively, but guard Dominique Oden made her impact on defense, finishing with six steals despite shooting 5 of 14 and ending with 15 points.

Ohio State will play in the Big Ten tournament on Thursday, with the time and opponent to be determined.