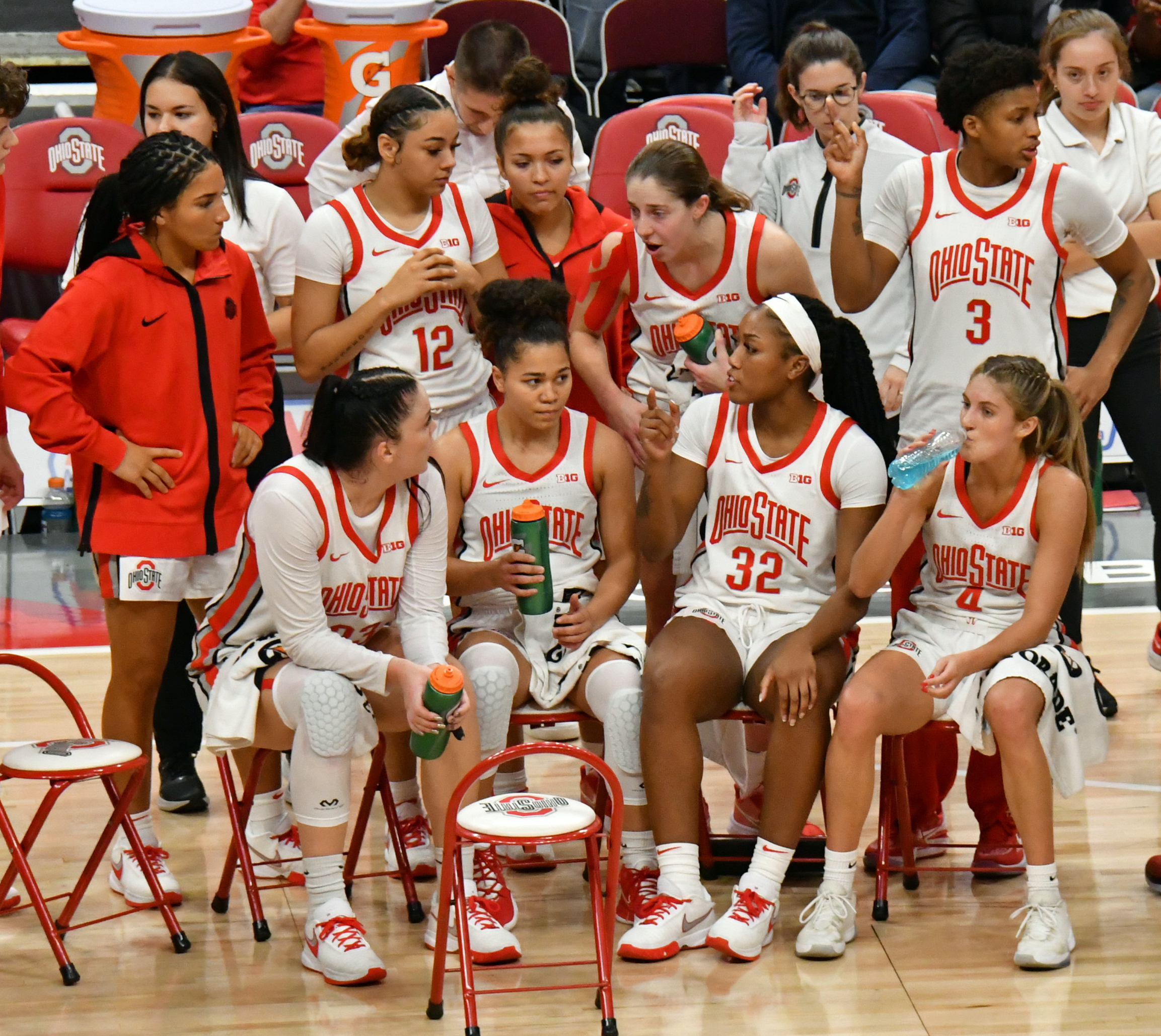 Make it 13 in a row to open the season for Ohio State women’s basketball, as Wednesday the Buckeyes recorded one of their more impressive victories to date.

Ohio State took control with a 15-2 run in the second quarter.

Sophomore guard Taylor Thierry picked up Ohio State’s first eight points in the stretch, knocking down a layup, a midrange jumper and a 3-point shot in the sequence. Mikesell added a triple of her own and by the time senior forward Eboni Walker hit her own midrange J the Buckeyes led 42-27.

OSU rolled that run into a 54-37 halftime lead, with Mikesell and Mikulasikova hitting back-to-back triples to close the squad’s scoring in the second period. In the first half it shot a blistering 61 percent from the field and 58 percent from distance. Mikesell, Mikulaskiova and Thierry were already in double figures.

Another nailed 3-pointer from Mikesell less than three minutes into the third quarter and Ohio State’s lead grew past 20 points at 59-37.

Then, as if someone suddenly cranked down the thermostat in San Diego, the Buckeyes went ice cold. They closed the quarter 0-for-10 and didn’t score the final 7:18 of the period, allowing the Ducks to go on a 12-0 run and cut the lead to 59-49 entering the fourth quarter. That run grew to 15-0 on a triple by Oregon senior guard Endyia Rogers.

Mikulasikova finally stemmed the tide with another 3, however, and the Ducks never again cut the lead below eight points.

Ohio State will look to move to 14-0 when it opens its full Big Ten slate at Northwestern Dec. 28.