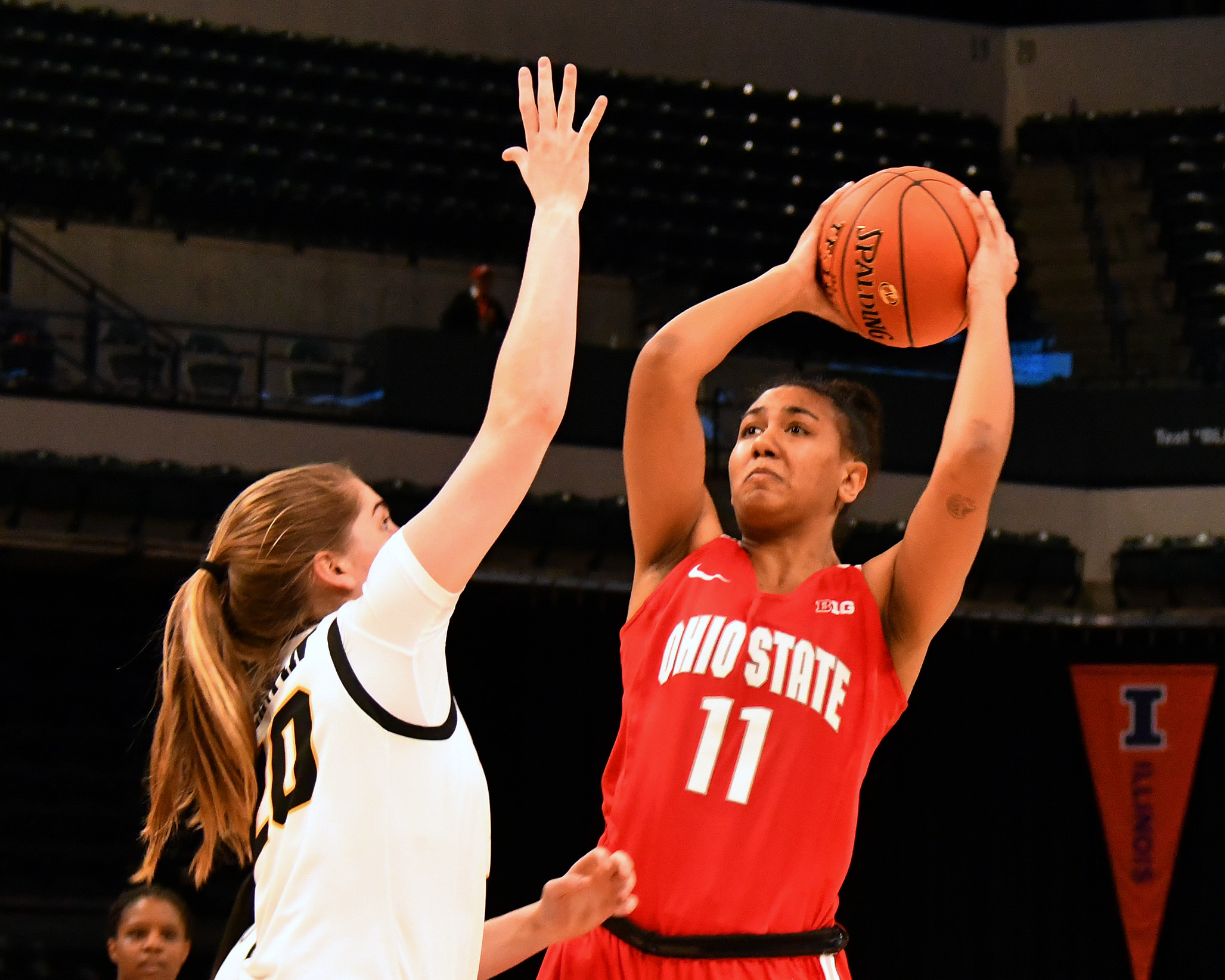 Following a 87-66 win over No. 19 Iowa, Ohio State moved up to a six seed in the updated Bracketology projections done by ESPN’s Charlie Creme.

The Buckeyes were a seven seed heading into the game against the Hawkeyes, and were a nine seed back on Feb. 26 ahead of a 77-56 win over Purdue.

Ohio State has won each of its last three games by the same margin, 21 points, and have been climbing in projections thanks to strong wins that have come during the second-toughest strength of schedule in the country.

The Buckeyes’ RPI, which has been stronger than their record all year, has skyrocketed to No. 18. The next highest team with the same amount of losses or more than Ohio State (11), is 20-11 Arizona State at No. 40.

In the current ESPN projection, Ohio State is matched up with No. 11 Tennessee in a matchup in Spokane, Wash. If the Buckeyes were to win that matchup, they are projected to likely face Gonzaga on its home floor in the Round of 32.

Ohio State takes on Michigan in the Big Ten tournament semifinals Saturday at 9 p.m. The Wolverines have bumped up to a projected No. 8 seed in the NCAA tournament following an upset victory over Northwestern.