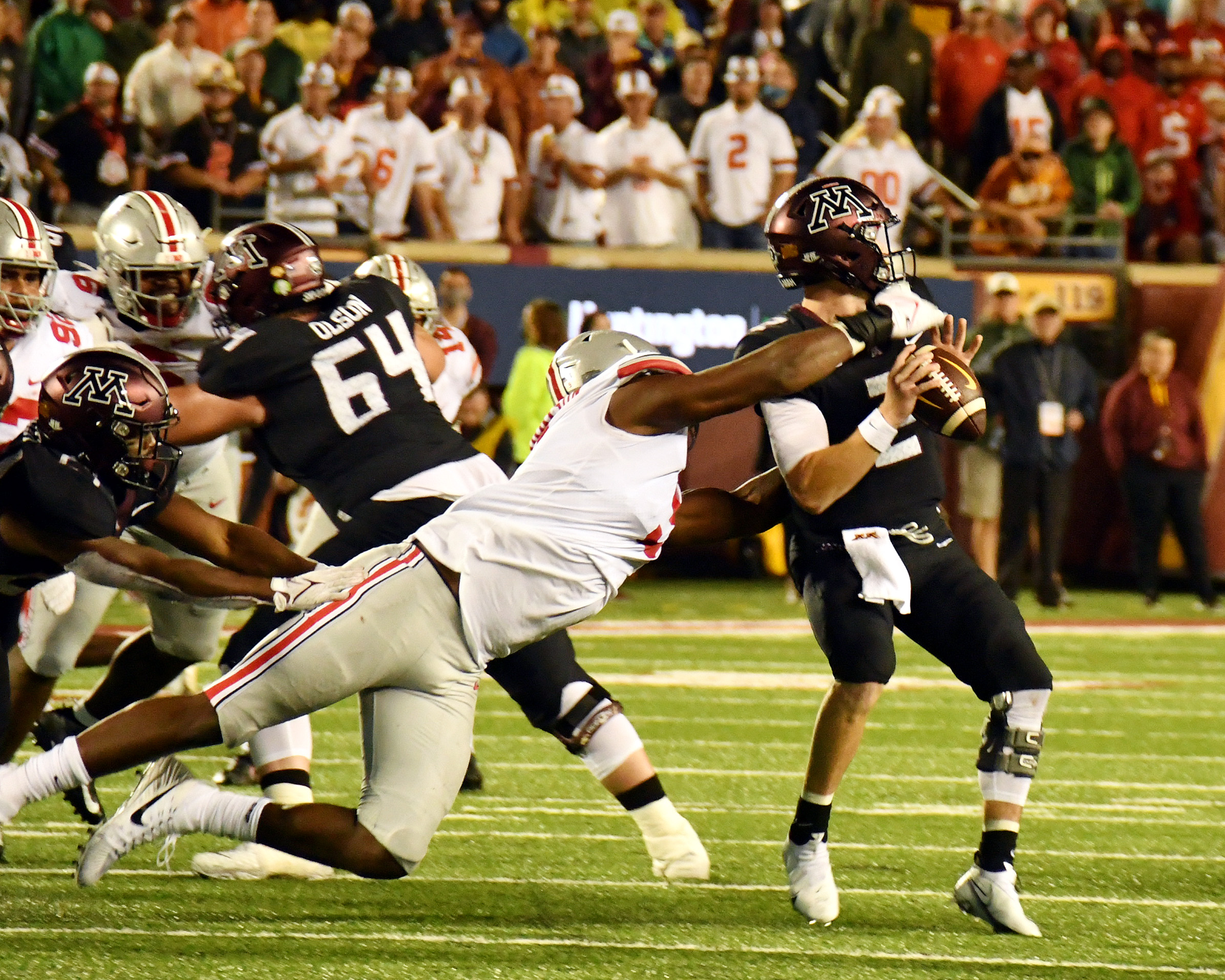 Ohio State is looking for a bounce-back game after its loss against Oregon, but will have to do so without defensive end Zach Harrison, who was listed as unavailable on the team’s status report.

Also on the list is center Harry Miller, who has yet to play this season. Linebacker Teradja Mitchell, the player with the most snaps at the position at this point in the year, was the only player named as a game-time decision.

Not on the status report once again is cornerback Sevyn Banks. Banks has not been on the report for any game this season, but has yet to make his season debut.