Jonathon Cooper, a two-time captain for Ohio State, will debut the new Block “0” jersey as the first Buckeye to wear the No. 0 in honor of former great Bill Willis.

Just want to say how much this means to me and what an honor it truly is. I will wear the Block 0 and represent my team, the coaches, the university and everything that the late great Bill Willis stood for. Thank you buckeye nation. https://t.co/uBjUGVt0h6

Willis stood for toughness, accountability and the highest of character, which are values that the Buckeyes strive for every day, per an Ohio State release. During his eight seasons (1946-53) in professional football, Willis won five championships and was all-league every season. 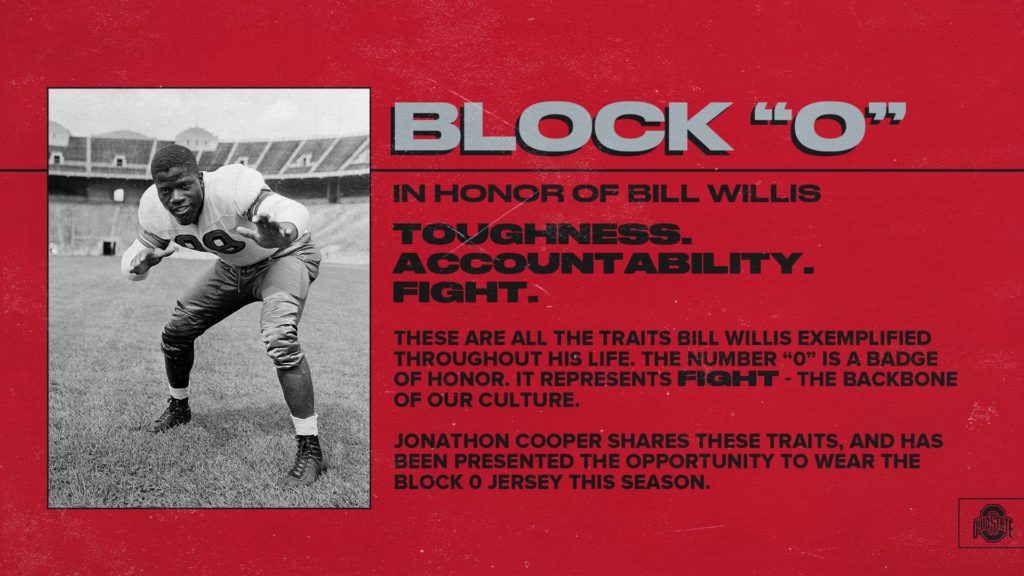 “Jonathon Cooper represents everything that an Ohio State football player should be,” said Ohio State head coach Ryan Day in the team’s release. “He’s tough. He’s accountable. He loves this university and this state. He’s someone who continually embodies our culture of ‘fight.’ And that’s in everything that he does, on and off the field. I’m proud of Coop; he’s the perfect person to wear the Block “0” for the first time.”

Cooper, a fifth-year defensive end from Gahanna, Ohio, native, expressed the respect he has for Willis and described the importance of the distinction.

“This honor stands out from the rest,” Cooper said in the release. “Being a captain, all the great things that have happened here at Ohio State, this one stands out a lot more to me personally. It doesn’t just represent me, it represents a great man, a great player who played here.

“I know when I put that jersey on I’m representing him and I have to go out there and be my very best, and I have to do that every single day. This one really means a lot to me.”

Cooper, who has recorded 51 tackles (32 solo) with 11.5 tackles for loss and 6.5 sacks in scarlet and gray, only played in four games due to injury before taking a redshirt in 2019. With one game left to play before reaching the four-game maximum for redshirt eligibility, Cooper chose to face archrival Michigan instead of waiting to play in the conference championship or College Football Playoff.

Cooper came to Ohio State as a highly touted recruit, ranked No. 3 among weakside defensive ends and No. 33 overall in the 2016 class. After recording 25 tackles (14 solo) with 6.5 TFL and 2.5 TFL as a junior, Cooper had high expectations for his senior season before suffering an ankle injury.

Now that he is healthy, defensive line coach Larry Johnson and the rest of the team are excited to have one of their leaders back.

“The minute he said he was coming back, you’re talking about the happiest coach in the world because you get a great leader back,” Johnson said of Cooper. “You get a guy who’s been through the war and who’s seen great players, and he gets to share that with the young players. And he’s doing that right now. Everything that we thought he was going to be, he is now because that’s the kind of leader he is. We’re rooting for him to have a great season.”

For Cooper, his jersey number has always been meaningful to him, but now that meaning stands for a whole lot more.

“I will wear No. 0 because it’s not about me,” Cooper said in the release. “No one understood why I wore No. 18; it’s because my birthday is January 8. That represents just me. When I wear that Block 0 it’ll be in honor of a great Ohio State Buckeye and it will represent Ohio State University and all my teammates and coaches.

“I know I have to play at my very best and I wouldn’t want it any other way.” 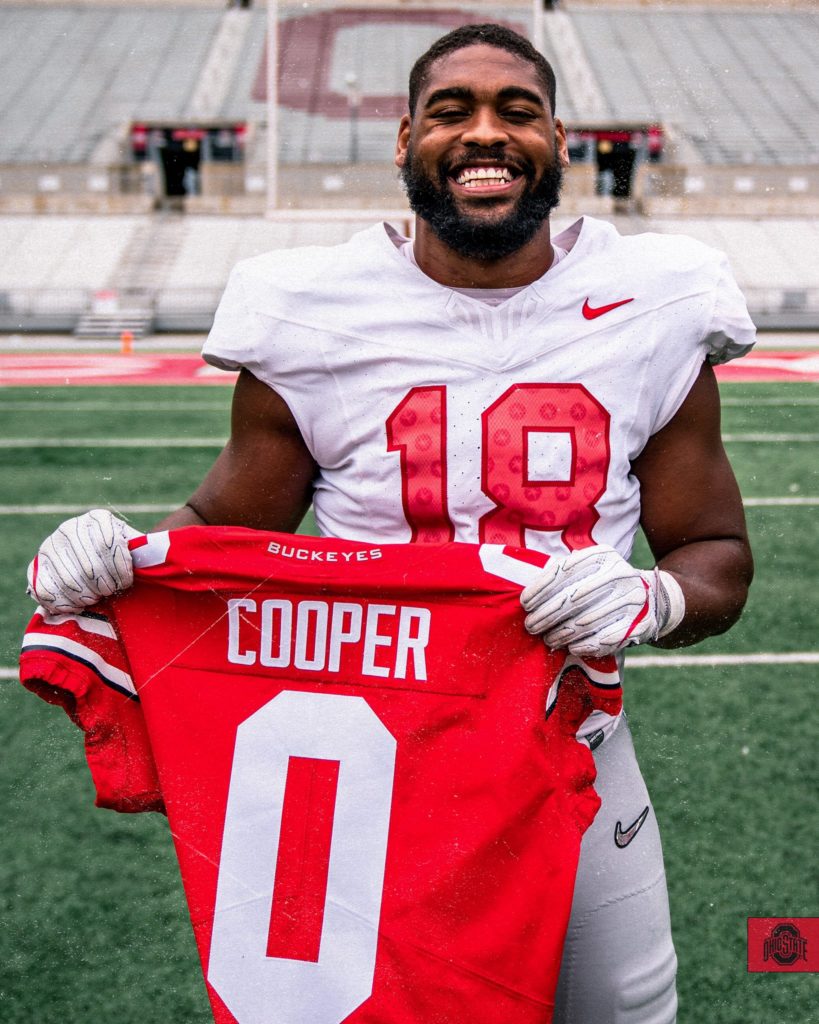