Ohio State Stays At No. 4 In College Football Playoff Rankings 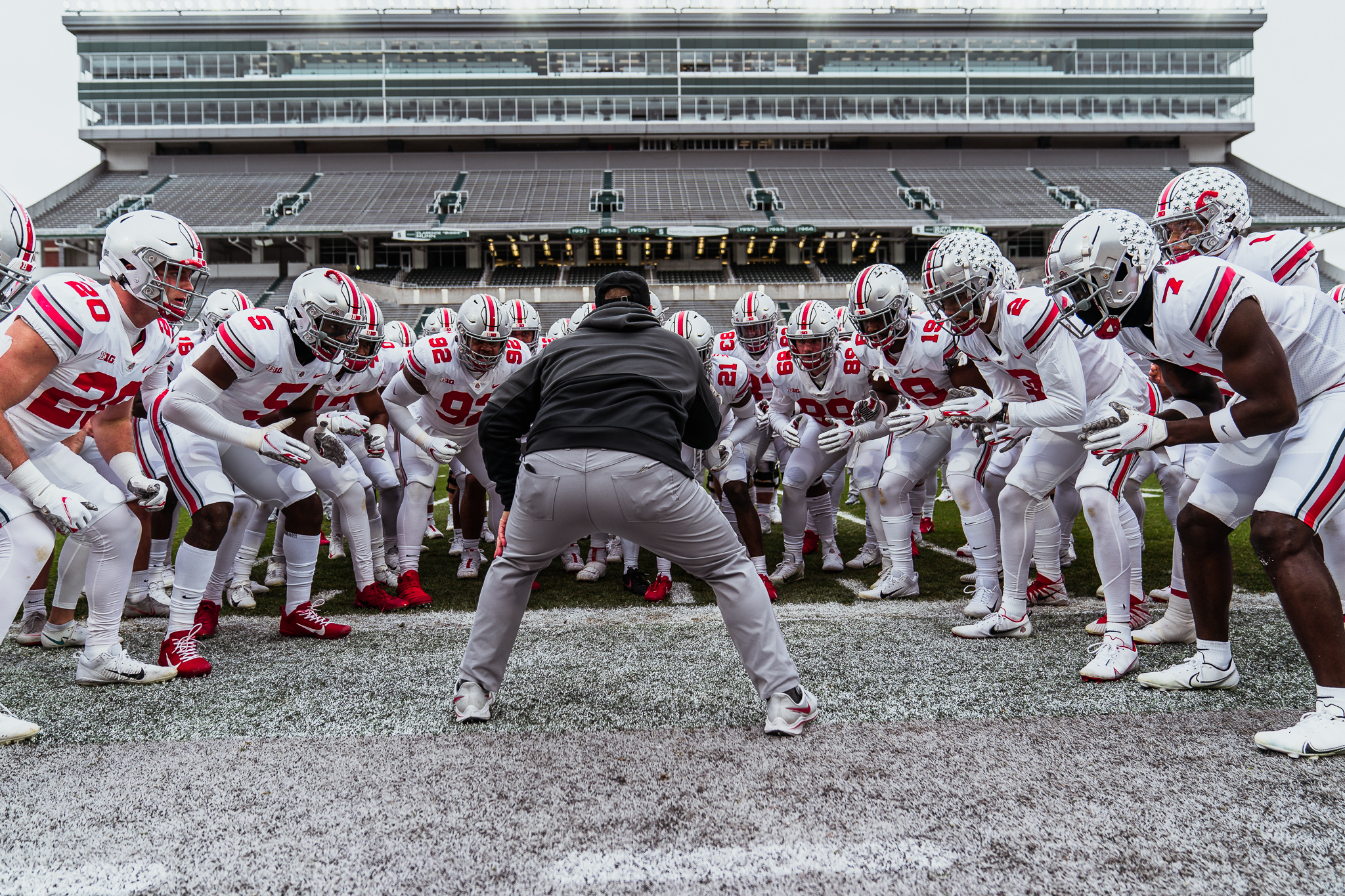 Another week, another No. 4 placement in the College Football Playoff rankings for Ohio State, who remained stagnant in the top 25 for the fourth straight week.

Also staying put for the fourth week in a row was Alabama, Notre Dame, Clemson and Texas A&M at No. 1, 2, 3 and 5, respectively. A team in the top six finally got swapped out this week, with Florida, who is fresh off a loss to LSU thanks in part to a 15-yard unsportsmanlike conduct penalty after a Florida player threw an LSU player’s cleat 20 yards downfield.

The Gators followed that cleat downfield and dropped to No. 7 in the rankings, despite, again, a loss to a 4-5 football team.

Ohio State was one of four teams from the Big Ten ranked in the top 25. Indiana is creeping near a move back into the top 10, ranking at No. 11, while Northwestern — the Buckeyes’ next opponent — stayed No. 14. Iowa also remained relatively steady in the rankings at No. 16.

The final College Football Playoff rankings will be announced on Sunday at noon following the results of the conference championship games. Elsewhere in the top six, Alabama takes on Florida at 8 p.m., Clemson and Notre Dame play at 4 p.m. and Iowa State takes on Oklahoma at noon. Texas A&M did not qualify for the SEC Championship.