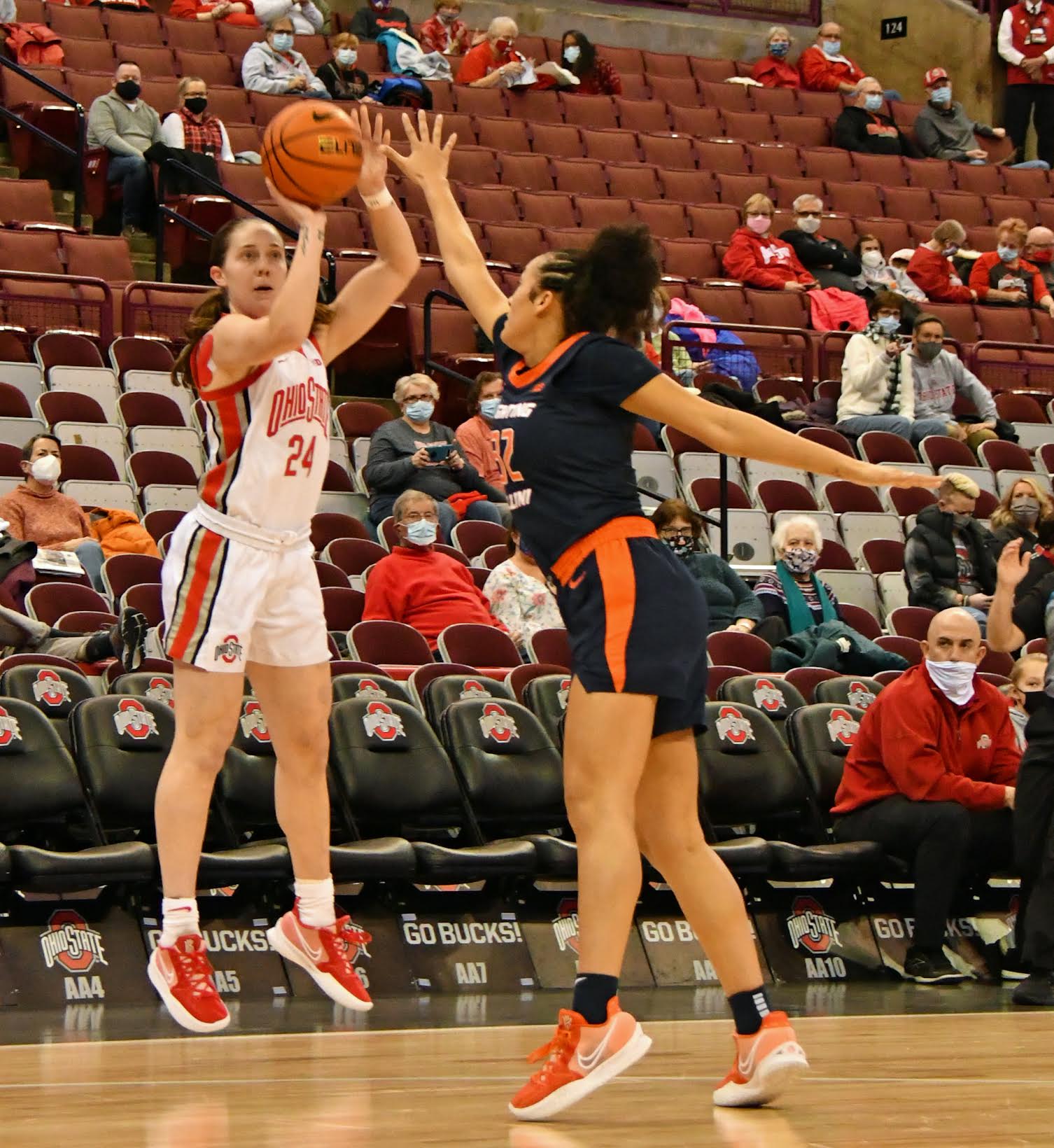 Against the Fighting Illini, Mikesell scored a career-high 32 points, knocking down 11 of her 22 shots, including 8 of 14 that came from beyond the arc. Her eight made 3-pointers tied a career-high as well.

Days later, she finished with 13 points against the Wildcats. Though she shot just 21.7 percent from the field, she dished out a team-high six assists and brought down five rebounds.

This season, Mikesell has been one of the country’s best 3-point shooters, knocking down 47.9 percent of her shots from deep, which ranks ninth overall and fourth among players with at least 90 attempts from beyond the arc.

The Buckeyes will take their home court Wednesday for a 7 p.m. tip against Michigan State. The game will be broadcast on B1G+.