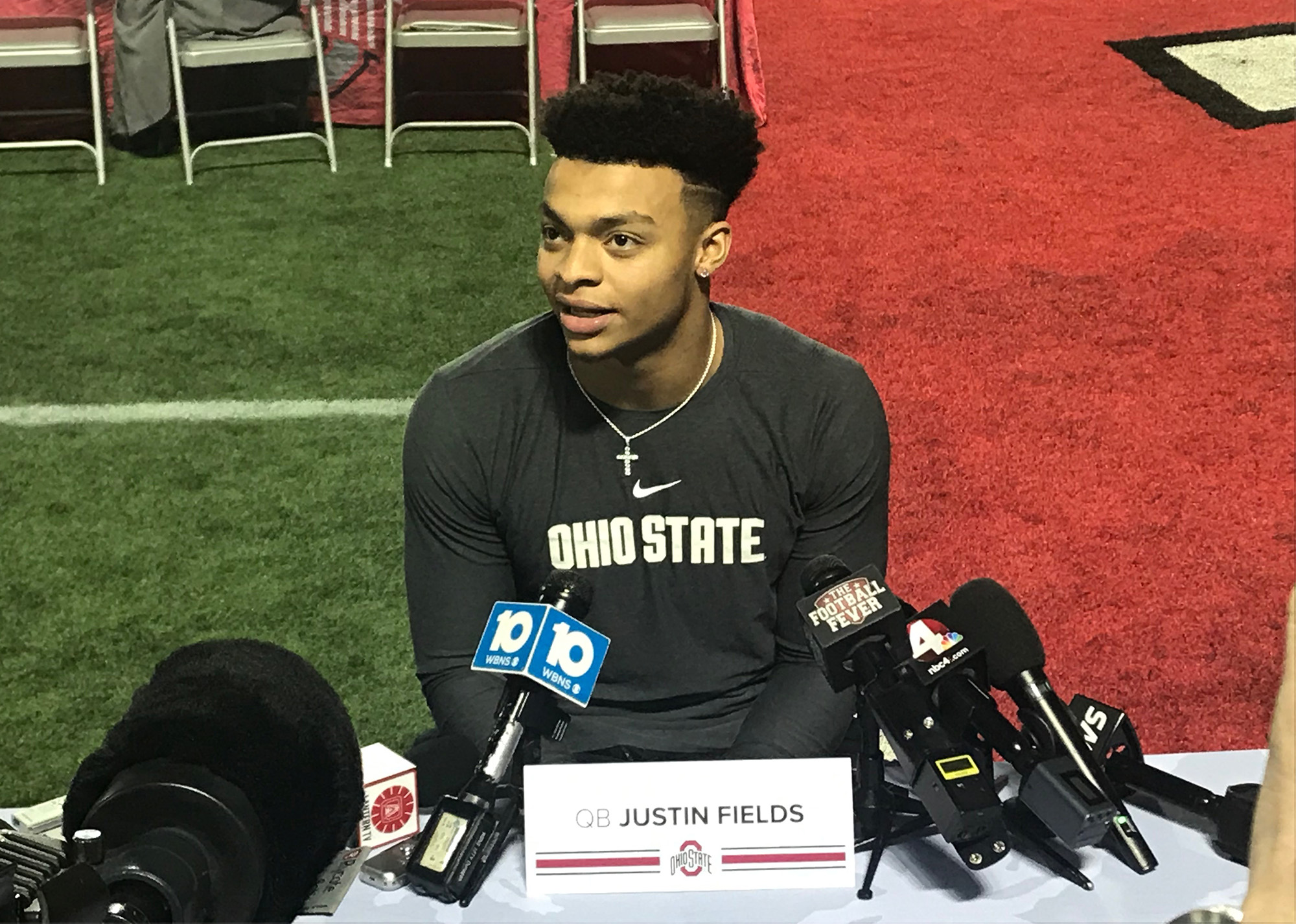 When quarterback Justin Fields transferred to Ohio State from Georgia at the start of the spring semester, the Buckeyes didn’t know if he would be eligible to play right away.

Their questions were answered Friday afternoon, though, after Ohio State announced Fields had been granted a hardship waiver by the NCAA, giving him immediate eligibility in Columbus. Student-athletes typically have to sit out for a season when transferring between FBS programs.

“I am happy for Justin and his family,” head coach Ryan Day said in a statement. “I also want to express my appreciation to the NCAA for its assistance in getting this matter resolved efficiently and with such a positive outcome for Justin.”

The Kennesaw, Ga., native was a five-star prospect in the class of 2018 when he signed with the Bulldogs. He played in 12 games for Georgia last year, completing 27 of 39 passes for 328 yards and four touchdowns without throwing an interception. He also rushed 42 times for 266 yards and four more scores.

Fields (6-3, 225), who will be a sophomore for the 2019 season, is set to compete with redshirt freshman Matthew Baldwin for the starting job this spring, although Fields is widely expected to be the Buckeyes’ quarterback this year.

A statement from Fields can be found below.

“I thank God for His guidance during this time of uncertainty.  I would like to thank the NCAA for its approval of the waiver allowing me to be eligible to play football this fall.  I also want to thank all those who supported and encouraged my family and me during this process.  While my case was pending before the NCAA, my family and I did not feel that it was appropriate to publicly speak about the circumstances leading to my transfer.  In my silence, people began to speculate, and the story took on a life of its own.

“Now that this matter is concluded, I would like to clarify some facts.  I have no regrets about my time at UGA and have no hard feelings for the school or football program. My overall experience at UGA was fully consistent with UGA’s commitment to diversity and inclusion.  My sister is a softball player at UGA.  I am still close friends with many of my UGA teammates.  A part of me will always be a Georgia Bulldogs fan.

“To Buckeye Nation: thank you for your warm welcome.  I will work hard to represent you and The Ohio State University in a professional and respectful manner.  My dad always tells me that “you can’t get to where you are going by looking in the ‘rear view mirror.’” I’m ready to move forward and embrace the next season of my life.

“I will not be speaking about my transfer again. Instead, I will focus all of my attention on getting to work in the classroom and on the field – and doing whatever else I can to help my teammates as we prepare for the 2019 season.”