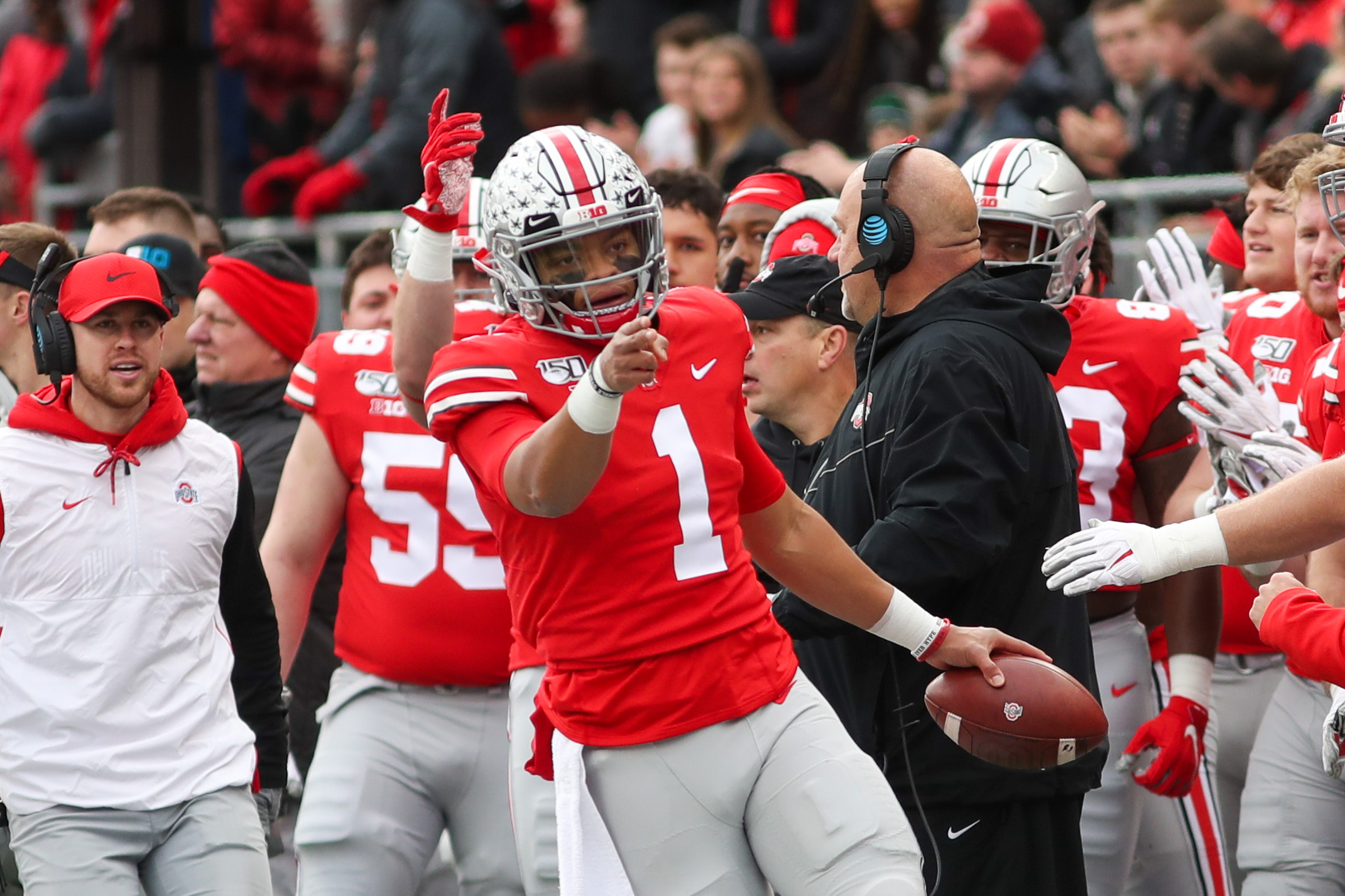 The AAU Sullivan Award has been given annually to the nation’s best amateur athlete since 1930, with 33 collegiate athletes, world champions, gold medalists and national champions selected as semifinalists.

Each year, the AAU James E. Sullivan Award recognizes the outstanding amateur athlete whose outstanding athletic accomplishments are complemented by qualities of leadership, character and sportsmanship.

James E. Sullivan was the founder and past president of the Amateur Athletic Union, and the award is a salute to him as a amateur-sports pioneer.

Kyle Snyder, a world champion wrestler, and Ezekiel Elliott, an elite NFL running back, are the two most recent Buckeyes to have earned the honor, winning in 2018, and 2015, respectively

Voting opened for the semifinalists on Monday, March 9 at 10:30 a.m. ET and will stay open through Friday, March 13. Here is the voting portal: https://aausports.wyng.com/AAUSullivanAwardSemifinalists.

As a sophomore signal caller for the Buckeyes, Fields became the first quarterback in Big Ten history with 40 passing touchdowns and 10 rushing touchdowns in the same season.

The Heisman Trophy finalist passed for 3,273 yards, completing 67.2 percent of his passes and boasting a 41-to-3 touchdown to interception ratio, which was the nation’s best.

The athletic dual-threat quarterback from Kennesaw, Ga., also rushed for 484 yards, while his 10 touchdowns gave him 14 scores on the ground for his collegiate career.

Fields’ 51 touchdowns responsible for in 2019 ranked second in Ohio State single-season history to only Dwayne Haskins’ 54 from the year before.

In the Big Ten Championship Game, Fields threw for 299 yards and three touchdowns while engineering a second-half comeback to defeat Wisconsin 34-21 after trailing 21-7 at halftime.

Fields also thrived in his first rendition of “The Game” against archrival Michigan, passing for 302 yards and four touchdowns in a 56-27 victory.

His sensational sophomore campaign earned Fields both the Big Ten’s Graham-George Offensive Player of the Year and Griese-Brees Quarterback of the Year honors. He also earned second team All-American recognition from every major organization.